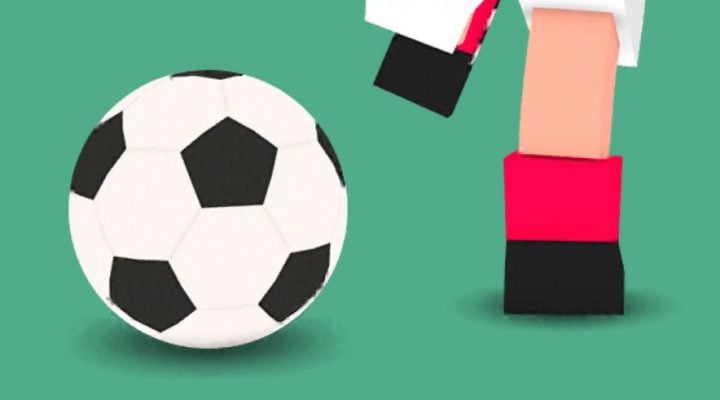 You control your destiny - how hard you train, who you play for, what league you play in.

Dynamic weather adds a layer of challenge not found in many other flick football games.

With the speed of gameplay energy doesn't feel like it accumulates fast enough.

Do you like a bit of footie? Of course you do! If you like (or tolerate) football (Editor’s Note: the word is “soccer” here, Nik), chances are you’ll quickly fall in love with Tiny Striker: World Football. It’s easy to see why this new release from Fat Fish Games has gone off to such a roaring start with more than 1 million App Store downloads in its first two days following its global release. It takes the basic flick football concept and adds 3D graphics and some serious depth. Think a cross between the original Tiny Striker and a stripped down FIFA game.

Fans of Tiny Striker (or any flick football game really) will find the controls come naturally. Flick your finger in a straight line to deliver a straight shot. Draw a curved path to bend it like Beckham and send the ball flying past the defenders straight into the back of the net. Hit the coins in game to collect extra in-game currency. Hit the timer to freeze time temporarily and rack up a few goals while the other team can’t score. 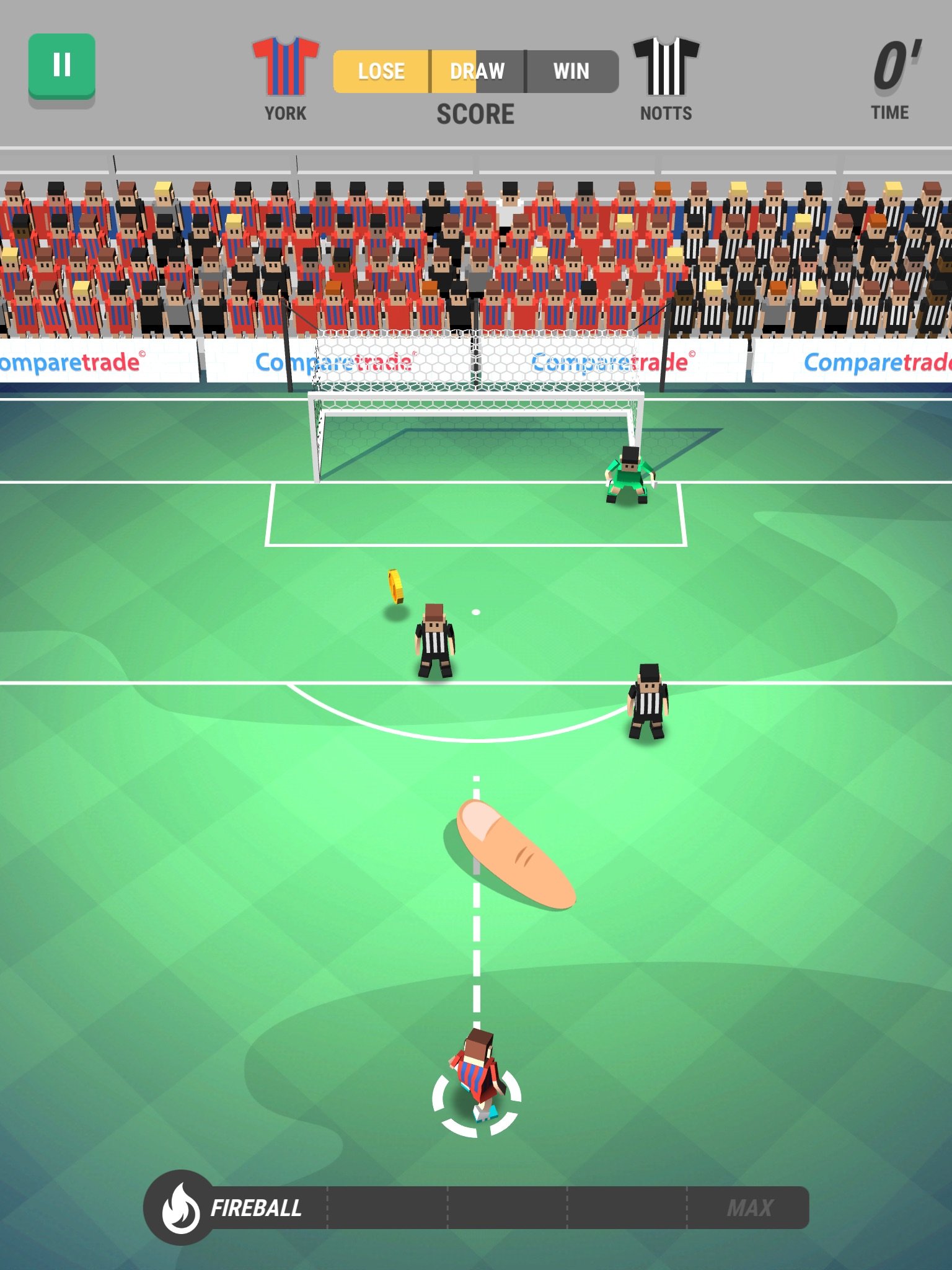 In Tiny Striker: World Football, there’s the basic flick football challenges — navigating around the defenders and the keeper who on any turn might be static, moving, or a combination of the two. But Tiny Striker: World Football really kicks things up a notch, adding in different elements. From rain that will require you to quite literally power through to some serious wind that will blow the most beautiful shots far away from the target, the weather when less than perfect is the greatest obstacle of all.

Off the pitch, there’s plenty to do as well. After picking your club at the start of your journey (it’s roughly based on English Football League Two), you’re responsible for managing your own training and performance which can be boosted by picking the best boots for the job. Boot cards are limited use. Some give you a boost in power (great for rainy conditions), some help your curve (the best way to give yourself a chance against the howling winds). As you level up the quality of the boots available to be won as a reward or purchased increase (in keeping with the challenges you face).

Over the course of many matches, delivering consistently strong performances increases the desirability of your striker to teams in higher leagues. If you’re able to bring your team up towards the top three of the league table, it’s possible to move from League 1 to League 2 about 2/3 of your way through the first season. One word of warning: mid-season transfers don’t come cheap. It might be worth waiting to collect the big end of season reward before making the move.

If you can’t wait to reach your potential or face tougher opponents, it’s always possible to purchase more in-game currency using real money. Aside from in-app purchases, Tiny Striker also uses a limited energy and ad-supported approach to making the game viable as free-to-play. As a player, it’s nice that the game doesn’t bombard you with advertisements or try to trick you into making in-app purchases. The cost of things is reasonable and with the amount of time you’re likely to sink into this addictive little game spending a few dollars here and there on extra energy or to move up to the next league makes sense. Though spending real money can give you an advantage, having moved through a full season and up the league ranks in a single day, it’s not necessary in order to win or have fun.

It’s really quite hard to find anything to be overly critical of with Tiny Striker: World Football. For some, that it takes so long to break out of England might be a source of annoyance — as might it being limited to European sides at this time (it is called Tiny Striker: World Football, not Tiny Striker: European Football after all). But on the whole Tiny Striker: World Football is a great game from top to bottom that goes above and beyond what we’ve grown to expect from flick football games. The 3D graphics are crystal clear. The gameplay is smooth. There’s lots of depth to the gameplay, and you can get through a match in about a minute. It’s not ‘real football’ – if that’s what you’re after, you’re probably already playing FIFA Mobile – but it’s easily one of the best football games available for mobile.