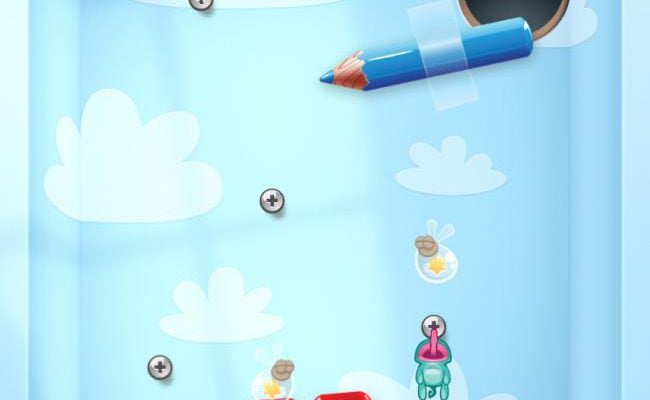 Can you help The Amazing Napoleon make a daring escape?

Big Fish Games have made a big splash on the App Store in recent months, porting a huge number of their popular hidden object games to the iPad (and sometimes the iPhone, too). Despite this, though, they haven’t really broken too much new ground when it comes to original, iOS-specific releases. And while Tiny Places is a very iOS-specific release, it doesn’t really manage to buck this trend.

Tiny Places tells the story of “The Amazing Napoleon,” a frog (or is he a lizard?) that attempts to perform death-defying acts of escape from, you guessed it, “tiny places.” To do this, Napoleon will use his long tongue to hang on to screws, and players will pull him back and release to send him flying through the air in the direction of the next screw (and eventually, the exit). 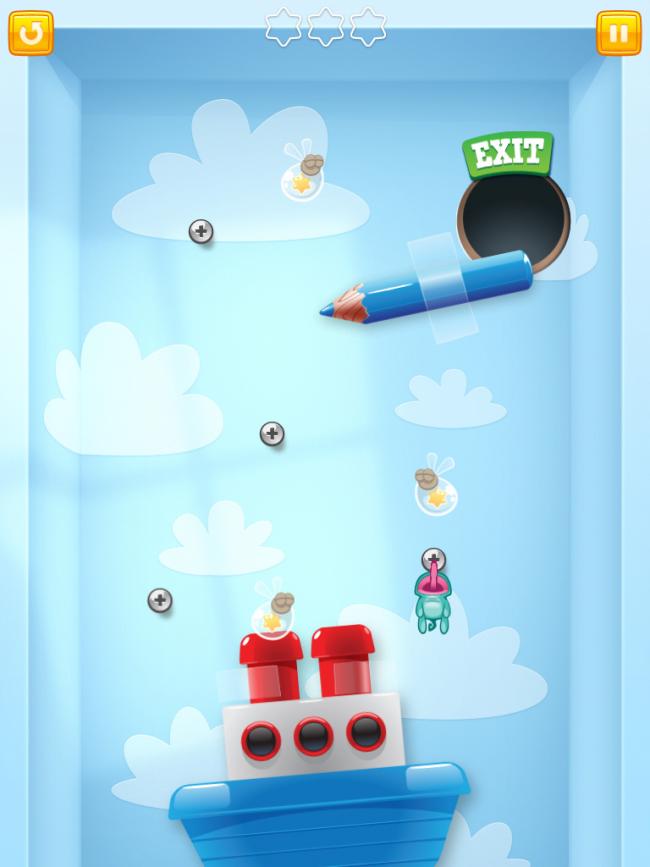 Within only seconds of booting up Tiny Places, it become pretty clear what the pitch meeting must have been like when Big Fish decided it was time to create something new for the App Store. “What are the two most popular iOS games of all time? Angry Birds and Cut the Rope? Why can’t we just smoosh those two together?” Tiny Places is a game with some very big, and very apparent, influences.

Indeed, the game not only plays like Cut the Rope (with Napoleon and his tongue in place of the delicious candy on the rope), but looks like it too. The visuals do manage to differ themselves from Zeptolab’s by adding in great looking thematic elements, like toys in the toy box levels and food in the freezer levels, but there’s a certain visual template that Cut the Rope created that Tiny Places doesn’t stray too far from.

The Angry Birds influence is fairly easy to spot once you first shoot Napoleon through the sky. You’ll pull back, aim, and release – just like you would any of Angry Birds avian assailants.

Ok, so we’ve established that the basics here have been borrowed from two of the most successful iOS games of all time – but is Tiny Places any good? The answer to that is something of a mixed bag. 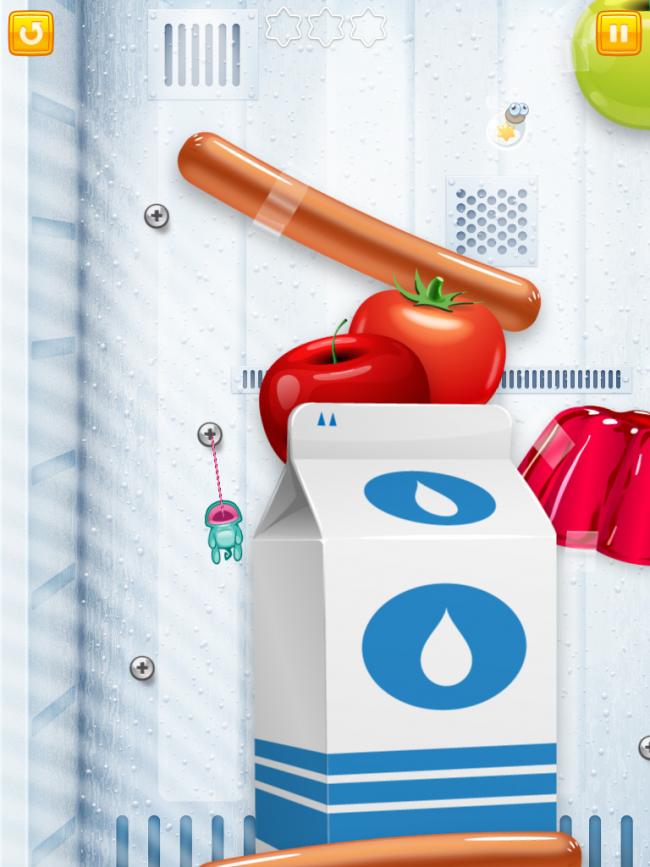 On the one hand, levels are often imaginative, challenging, and well thought out. Unique mechanics, like having to send Napoleon careening past a colored sticker to change his color to match that of a screw (maybe he’s a chameleon, then?), or dodging falling ice in a freezer help to set the game apart and keep things fun throughout. But on the other hand, Napoleon didn’t always go as far as our pulls might have expected him to go, and tapping on screws to get Napoleon to hold on could become a frustrating experience. The reasons for this are twofold; first, it’s hard to tap a screw when Napoleon’s movement causes the screen to move to follow him, and second, if he’s close enough to a screw he’ll grab it on his own, so all your tap does is in those instances is cause him to let go.

Tiny Places is a fine, if unoriginal take on a fairly well-worn mobile genre. There’s a nice visual polish to the package, but ultimately, this feels like ground we’ve tread countless times before. What’s more, there are a few problems that can make Tiny Places more frustrating than fun. If you’re the type of gamer who can’t enough of titles like Cut the Rope or Save Yammi, Tiny Places will probably be a welcome addition to your collection. If you’re the type of gamer who prefers something totally fresh though, this is one tiny place you don’t really need to squeeze into.