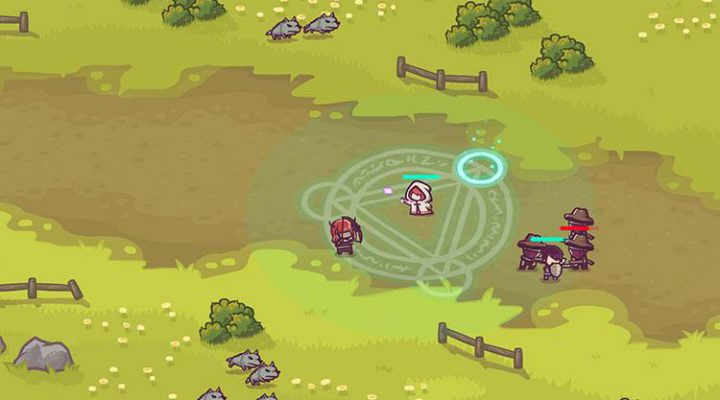 A fun and unique spin on the tower defense genre.

Just the right amount of micro-management required to be challenging without being overwhelming.

Would have benefitted from a more original art style.

Tiny Guardians takes an over-saturated genre, flips it on its head, and gives us a fun and engaging experience that I’m not ashamed to say I’d rather be playing right now than typing up this review. The key ingredient in Tiny Guardians is the game’s inverted tower defense mechanics, and boy are they a lot of fun.

With normal tower defense games, the player is tasked with destroying enemies as the enemies make their way through various pathways. Players place towers (or variations of towers) along the pathways to eliminate the incoming enemies. In Tiny Guardians, however, the formula is inverted, allowing the player to be the one moving down the pathway, dealing with the enemies as they come across them. 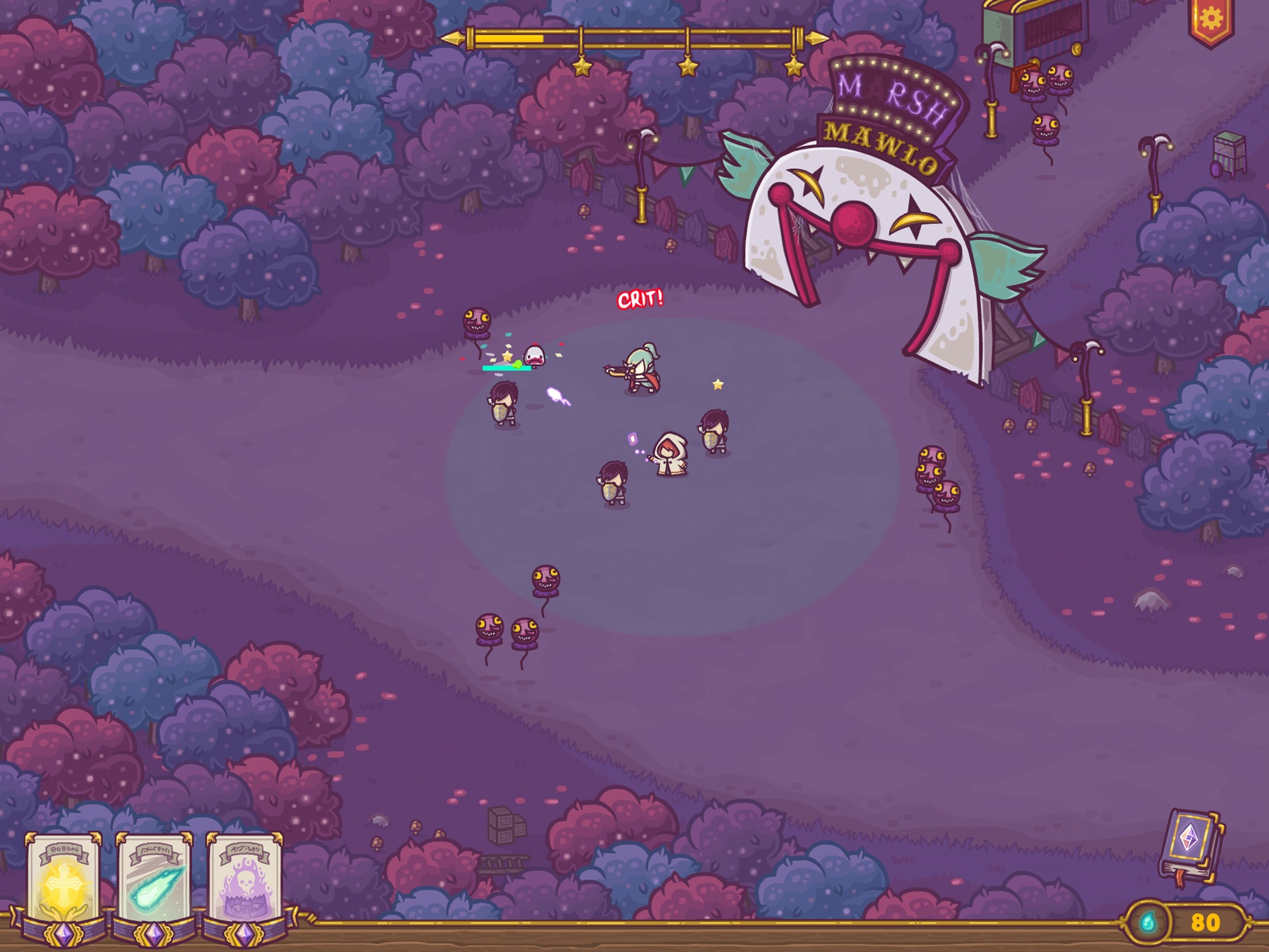 If you have played Anomaly 2 you’ll have a good idea how Tiny Guardians works. In Tiny Guardians, however, you are afforded much more flexibility with the movement of your units, and are not (completely) locked on a predetermined track.

The main objective is to protect Lunalie, the game’s protagonist, as she gradually makes her way through the level. As enemies approach, Lunalie will auto attack them, but the enemies will quickly overwhelm her if the player doesn’t summon in some friendly troops.

This is where the inverted tower defense mechanics come into play. As players kill monsters they can summon in additional units, or upgrade the ones that they already have. Only a certain amount of friendly units can be in play at one time, so players will need to strategically plan which units they use. 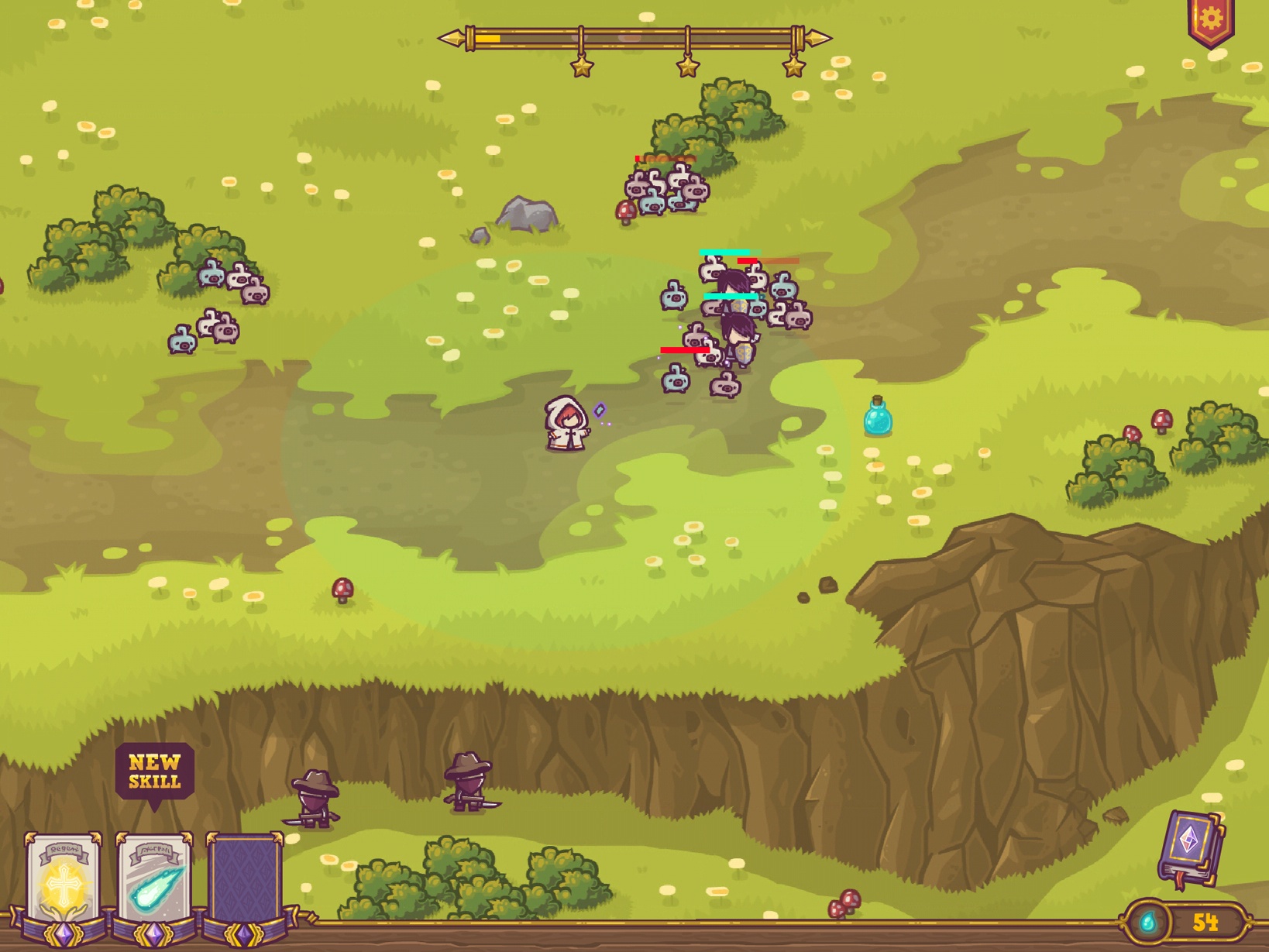 To go beyond just placing bodyguards around Lunalie, the player is able to rearrange their positions to adapt to the ever-changing battles.

So say you’re rolling with Lunalie, a hunter, two soldiers, and a mage. The soldiers and the hunter are holding the front-line, while Lunalie and the mage are attacking from a distance, as they don’t have as much health as the other three units do. Suddenly a pack of wolves comes charging down the path behind the party. With a few finger swipes, the player can order the soldiers to re-position themselves against the incoming enemies, while the hunter, mage, and Lunalie finish up the existing enemies.

Placement is a big part of Tiny Guardians. Some bosses and mini-bosses will deal lots of damage to certain areas, so the player must always be ready to shift their troops around at any given point in the fight.

The one issue I had with Tiny Guardians is how similar it looks to the Kingdom Rush games. The similarities are uncanny, from the faceless units, to the overall art style. If you told me this was a Kingdom Rush spinoff, there’s a good chance I would have believed you. While imitation is the highest form of flattery, too much imitation can be limiting — especially when you’re hiding a truly unique experience under an all too familiar veneer.

Asides from how Tiny Guardians looks, I can honestly say that I’ve never played a game quite like this before. I can’t recommend it strongly enough. It’s a unique spin on tower defense that’s easily worth the price of admission.