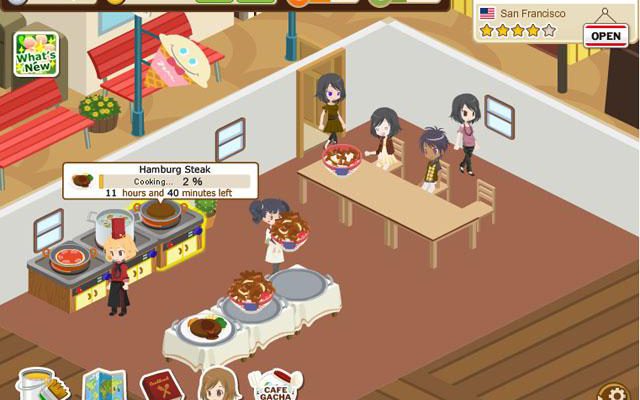 TinierCafé looks great, but might be more trouble than it’s worth

TinierCafé is a simple but very attractive restaurant sim that is something of a Trojan Horse. Though it appears to simply be a game that’s a little late to the café game rush, it’s actually a spinoff of a virtual world available on Facebook called TinierMe. TinierCafé uses a shared TinierMe account system and uses the virtual world’s distinctive avatars, the anime-style Selfys. The game seems indicated both to help draw new users to TinierMe and perhaps as a game to occupy already-registered TinierMe users, since the game also shares TinierMe‘s cash-based virtual currency.

Playing TinierCafé is almost exactly like playing an earlier café game like Zynga’s Café World, but simplified and with more attractive graphics. The icons for food, characters, and décor are much bigger and more detailed in TinierCafé, which makes the game more vibrant and colorful. When you begin the game, you take the unusual step of selecting which city you want to open your restaurant in. This gives you access to special regional recipes and décor that you can only use in that restaurant. As players progress in the game, they’ll eventually be able to open new restaurants in other cities. 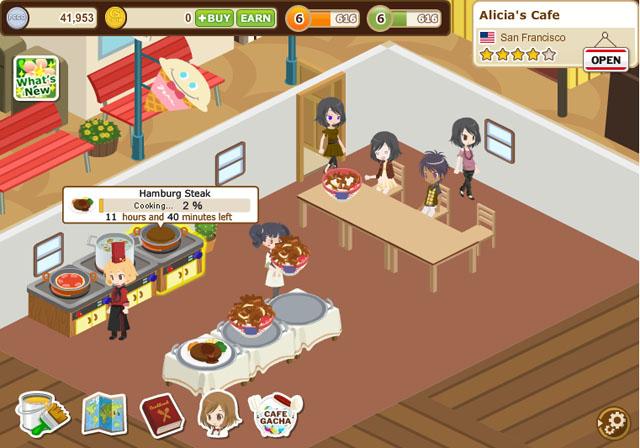 Most of the other features in TinierCafé are entirely standard for the genre, such as inviting friends to work in your restaurants. Some game mechanics that appear in most café games appear to be entirely missing. Food doesn’t go bad if you neglect to serve it right away and there doesn’t seem to be any sort of individual mastery system for dishes you serve. Likewise, customers seem very patient about waiting for new tables to open up if they arrive and your café is full. In short, TinierCafé simplifies a lot of the more frantic time management aspects of the average café game.

TinierCafé‘s integration with TinierMe is really the best and worst aspect of the game. Because TinierCafé uses the Selfy avatars, there’s a level of detail possible with them that few other café games can match. Unfortunately, since TinierCafé uses the Selfy avatars, you can’t actually customize them without joining TinierMe and doing the customizations in the virtual world. TinierMe definitely has the feel of a virtual world for a younger audience steeped in Japanese culture and simply might not be interesting to everyone who’d otherwise happily play a cheerful-looking café game on Facebook. 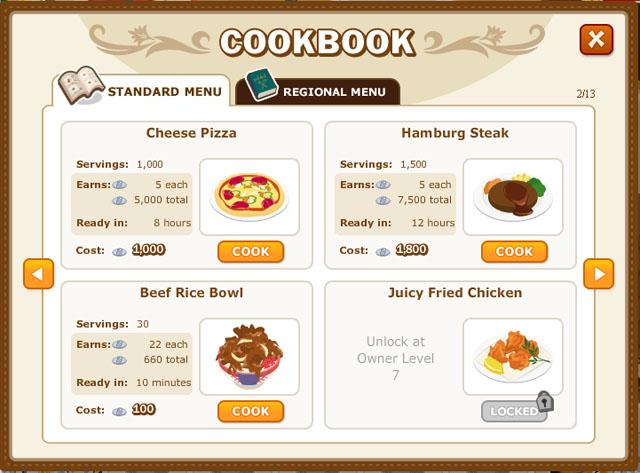 Whether or not TinierCafé is likely to interest you is very likely to depend on how much time you’ve already spent with café games on Facebook. If you’re already playing one regularly, there’s not anything in TinierCafé that’s likely to entice you into switching. If you’ve never played a café game, though, TinierCafé is really not a bad one. It’s simple but very streamlined and more accessible than older games that, by now, have been expanded several times over. If you’re already playing TinierMe, then there’s really no reason at all not to play TinierCafé.