Timenauts Review: Not So Fluffy 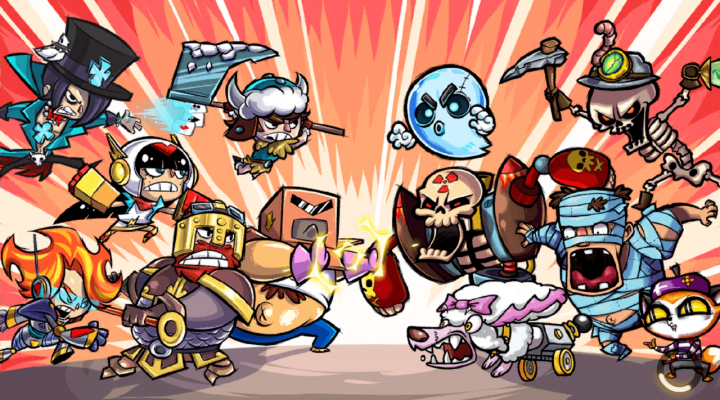 Not as Fluffy-fied as DeNA would have you believe.

Not much in the way of strategy.

I don’t like Gabriel Iglesias. Not one bit. I think his high-pitched squealy voice gag is tired and unfunny. And to be honest, I think putting him in a game is really poor marketing. There are so many better choices than Iglesias. That’s honestly why I chose Timenauts to review. I wanted to see if his presence in a game would be fun or interesting in spite of him being there. That’s challenging myself to try something new!

So imagine how annoyed I was, after installing a game with an icon featuring the comedian’s likeness and the word “fluffy,” not seeing Iglesias for at least an hour or two into the game. I didn’t even realize the game was called Timenauts until really starting the game — that’s how intrusive the marketing is. It’s misleading for Iglesias fans, that’s for sure, because what’s waiting beneath the allure of the “fluffy” comedian’s appearance in this game isn’t a whole lot to get excited about. 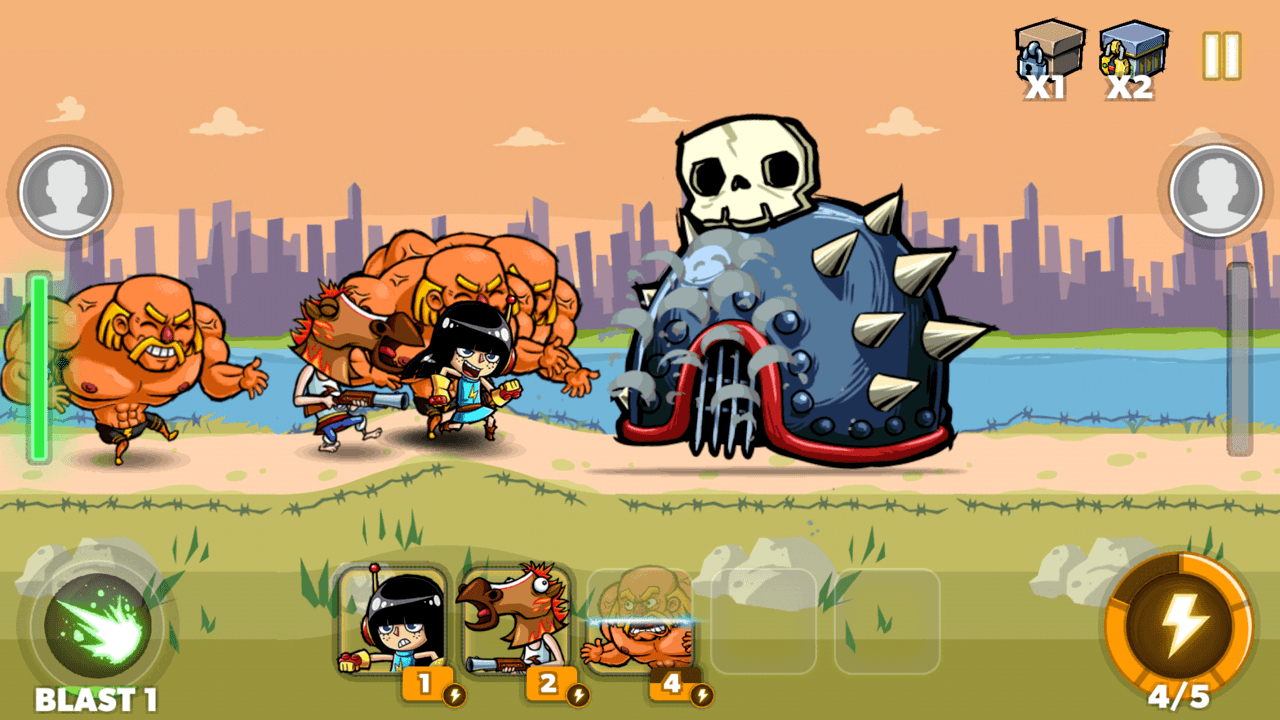 Timenauts doesn’t “star” Iglesias in any meaningful manner. He’s there alright, as an event character (Luchador Fluffy earned in missions and Fluffy in his car by battling in the arena) and you eventually add him to your arsenal, but the game’s hardly about him. It’s an extremely silly tower defense game that drops the pretenses and places you straight in the game with little fanfare. Essentially, you’re on a quest to save time and it’s up to you to lead a group of Timenauts to utterly destroy those in your way.

This means across several levels you’re tasked with taking out an enemy Vessel before they can destroy yours. There are also larger, boss-like monsters that need to be killed so you can advance. Your defense is comprised of the Timenauts you can spawn as quickly as possible as your energy counter fills up. In most cases, the more Timenauts you can spawn (and the better quality of Timenauts) the better chance you have at taking out your enemies and their Vessel. There’s not much strategy to it beyond “how many Hulk Hogan look-alikes can I spawn at once?” and leveling up the rest of the characters you unlock so they’re more powerful.

As you complete missions you’ll earn power-ups for the characters to consume, which cuts down on cooldown time and more. There’s an in-game store too of course, where you can spend real money on additional bonuses and new character unlocks. If you’ve spent too many attempts trying to beat a mission you can purchase more energy too, which is par for the course.

But despite Timenauts being colorful, character-rich, and at times funny, it’s bland as far as gameplay. It’s not that much fun to keep spawning new units and hoping you can get more built before enemies destroy your Vessel. There’s barely a narrative to care about either, and there are a lot of games I’d rather spend time and money on that aren’t parading a bunch of silly characters in front of me so I can summon them, pay more energy to summon more, and repeat the cycle until victory. The verdict? This isn’t as fluffy as DeNA would have you believe.