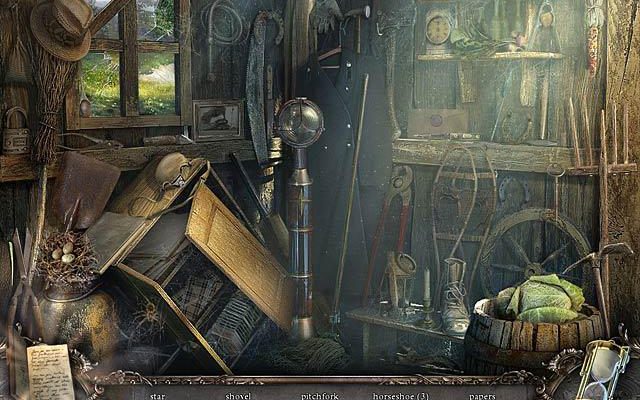 Save a rustic village in this time-travelling HOG.

The past holds endless fascination for people with fanciful dispositions and so hidden object games often embrace what many of us see as more elegant times than our own. Timeless: The Forgotten Town capitalizes on that antiquarian inclination, taking us back a hundred years to save a rustic village enslaved by an evil magician. While not offering us the most original game concept, its slick design and high-end graphics do good justice to some well-worn conventions.

At the start of the game, you’re speeding through the countryside on a modern bullet train, winding down from what sounds like a lengthy European vacation. Just as you’re reflecting how good it’ll be to get back home, the lights start to flicker and before your eyes, everything changes. Suddenly, you’re on a 19th century steam train hurtling along the tracks to who-knows-where and it’s up to you to stop the train and save yourself. You end up in a quaint European village that’s apparently been abandoned and very quickly, you start to realize that beyond the village’s utter lack of inhabitants, something about the place is not quite right. 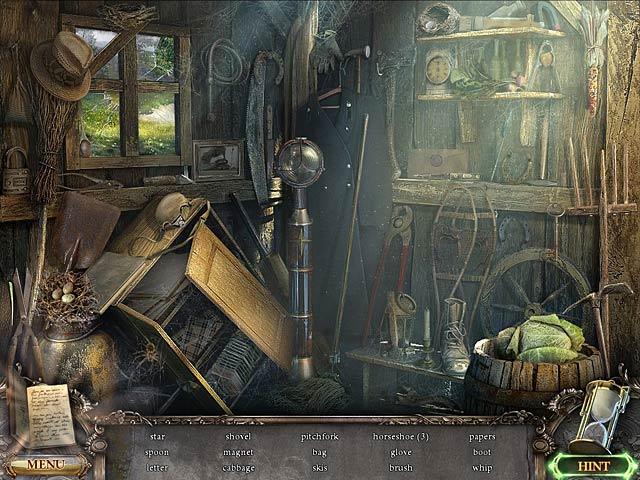 If you’re an old hand at hidden object games, you’ll realize that Timeless: The Forgotten Town isn’t the most original game you’ve ever played. Within minutes you’ll adjust to its familiar formula of clue collecting, puzzle solving and hidden object hunting as well as its handy journal and recharging hint system. It’s all perhaps a bit too familiar but there’s no denying how well it’s done. From the beginning, the game overwhelms you with such gorgeous graphics and such a beautiful orchestral score, it’s hard to mind that you’ve probably seen it all before. Probably the worst thing that can be said about the game in fact, is that it suffers from an unsettlingly abrupt ending, the result (I suspect) of cutting the game short and separating the real ending out in order to create the “bonus content” players have come to expect.

Aside from this transparent attempt to pad the extras, (which otherwise consist of concept art, wallpapers and some of the game’s music tracks) Timeless: The Forgotten Town is fluidly designed and expertly executed. While much of the gameplay is arguably boilerplate, it’s still a lot of fun and there are some notable highlights in the form of creative and challenging puzzles. My favorite—a mini-game in the form of an unusual slot machine—allows you for the first time ever, to improve your odds by using strategy. Ooh, that reminds me of one aggravating thing—the game’s puzzles don’t have reset buttons. This can be very annoying during the more complex puzzles when you’ve maneuvered yourself into a corner and can’t figure how to get out. Regardless, the game as a whole is very high quality, with every element from interface to sound to special effects done by a professional team that knows exactly what it’s doing. 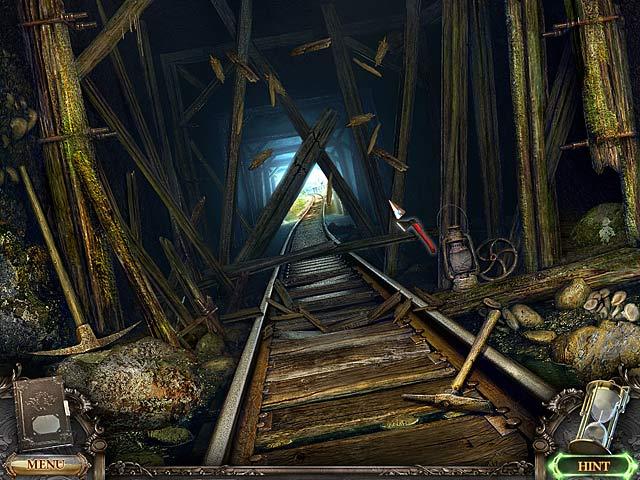 As I say, Timeless: The Forgotten Town won’t win any awards for originality but it deserves to win several for slick design, evocative audio and mind-blowing graphics. Telling a familiar but still compelling tale, it effectively transports us to another time and place, sucks us into a fascinating mystery and challenges us to triumph by stretching both our powers of observation and our imaginations. It’s definitely not a game you should miss.