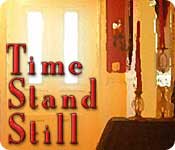 As the heroine, a twenty-something English lass living in Sweden, you must once again play unlikely detective. Here you’ll investigate a supposedly haunted house, as well as the decades-old secrets it holds from concealed love affairs to unsolved murders.

Foreboding as that introduction may seem, however, the general tone of the title is unexpectedly casual, with both cheerful backgrounds (pastoral houses, herb gardens, art museums, shops, schools, etc.) and upbeat voice-overs provided aplenty. In fact, getting to visit with a series of interesting, believable individuals, all of whom happily chat away, just like your adorably-accented alter-ego, is one of the highlights of the adventure. To wit, while the storyline’s a bit convoluted and clichéd, the title sports so much charisma you won’t much care.

The action itself is easy to jump right into, with play taking place from a first-person perspective as you stare through the headliner’s eyes at a series of still picture backdrops. Created using digitized photographs of living rooms, kiosks, exhibits and other compelling locales over which a special filter has been laid so images resemble watercolor paintings, you’ll immediately be struck by environments’ visual appeal.

Cheerfully for beginners, everything’s mouse-driven as well, allowing you to move through each location in pseudo-3D by clicking on arrows which cause you to step in a given direction or tilt your head for a change of view.

Note that the cursor will also change into different shapes (e.g. a magnifying glass) when it’s held over specific objects that can be examined or manipulated. Furthermore, moving it to the top left of the screen brings up your inventory, with items able to be utilized by dragging and dropping them on the object you’d like to interact with.

Also inherent to the experience are all manner of logical challenges, i.e. mazes, puzzles and dialogue trees, each of which must be successfully concluded to reveal additional clues, gear and lines of conversational inquiry. In addition, the further you progress, the more locations that open up on a map screen for exploration.

Convincingly charming, there’s much to love about the tale. For example: Characters, although largely Swedish, are displayed via attractive, if static, photos and prove otherwise normal, everyday individuals you’d expect to encounter on the street. Likewise, the overall aesthetic holds up well throughout, and each setting feels perfectly organic, with apartments and homes rendered right down to their kitchens and bathrooms, all presented via faux 360-degree panoramas. We even like the ethereal soundtrack which continuously plays in the background, adding an air of calm, yet haunting mystery and wonder to the proceedings.

But on the downside, little instruction or directional prompting is given. Coupled with the availability of numerous locations to visit at any given time, it’s all too easy to find yourself stuck wandering aimlessly with little to no clue as to what to do next.

Puzzles aren’t particularly engaging to boot, although an instant solve button (hidden in the upper right corner) does offer immediate relief for the bored or uninterested. Replay value, despite certain randomized mindbender solutions, is also minimal, since once every area’s been explored and the plot revealed, the outing’s linear setup ensures you’ve seen pretty much everything it has to offer.

Then again, as plucky young sleuths go, it’s nice to see that fellow crime fighter Nancy Drew doesn’t have a total monopoly on part-time police work. Bearing this in mind, we highly recommend digging deeper into the facts surrounding said case, with a readily available demo making a great place to start your investigation.