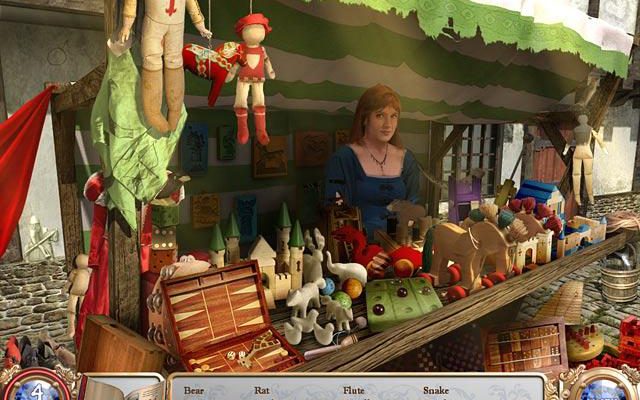 With all the time-travel-related misadventures people have stumbled into over the years, you’d think that we would have learned by now to just leave it alone. But no, we keep going back, over and over again, throwing history into disarray as we trip through the time stream, leaving no end of calamities in our wake. Time Mysteries: Inheritance is kind of like that, repeating the same things that have been done dozens of times before in dozens of other games. Instead of a calamity, though, this one adds up to be a pretty decent game.

Vivien Ambrose is an internationally renowned physicist whose father, a magician of some repute, has been kidnapped by an evil time-traveler. It turns out that he’s a time-traveler himself, as is Vivien, although she wasn’t aware of it. In fact, her entire family has the ability to travel back and forth through time thanks to seven magic rings in its possession, a fact relayed to her by a mysterious, talking crystal ball she discovers early in the game and creatively names “Ball.” But Vivien loses the rings while in pursuit of her father’s attacker, scattering them across time, and now she must not only rescue her dad but also recover the rings before the shadowy stranger can get his hands on them. 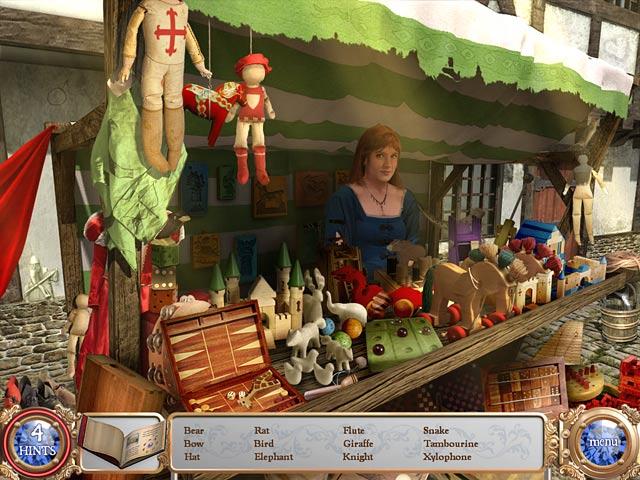 It’s pretty obvious that you’re not going to play this one for the story. In fact, I couldn’t even tell you what exactly happened at the end, not because I don’t want to spoil for anyone but because I’m honestly not certain. It was a happy ending, that much I know, involving some pretty far-out revelations about Ms. Ambrose’s family tree, but the kidnapping of Mr. Ambrose, which is what started all these shenanigans in the first place, remained curiously unresolved. I think. Or did I simply not notice it somehow, or forget it all mere hours later?

It doesn’t really matter. The story may be eminently forgettable but it’s really just a rack on which to hang puzzles and object searches and in that regard, the linear progression of events in Time Mysteries: Inheritance serves adequately. What we’re really here for is to find some hidden objects and solve a few brainteasers, and as far as that goes it does a much better job.

The game weighs in at around three hours and can be played in two modes, Regular or Expert, with Regular mode offering a shorter recharge time for the “puzzle skip” option and sparkles on areas of interest in each scene. Hidden object scenes are sharply rendered, plentiful and tough, with many objects well-stashed in deep clusters of items, but they’re also very straightforward. There are no containers to open, nothing hidden behind other things and no need to combine pieces or use them to locate something else. You’re given a list of objects to find and you find them – that’s it. 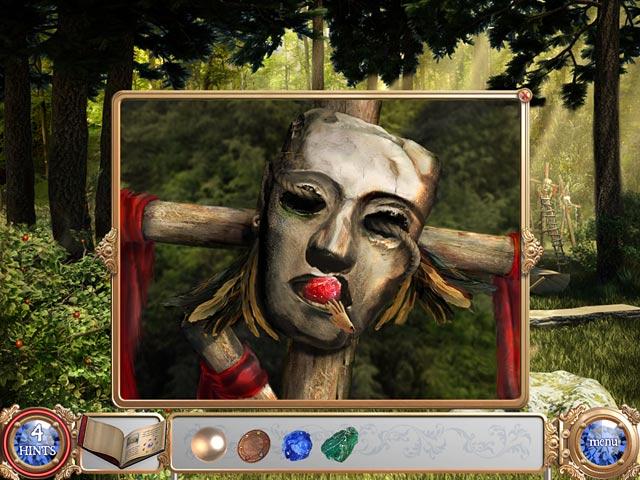 Time Mysteries: Inheritance follows a fairly regular pattern of searches and puzzles that can, in long stretches, threaten to become repetitive. Before traveling to a new time period, for instance, you’ll have to search for items from that particular era in a central “archive room,” then complete a seven-step “spot the differences” puzzle based on the last area you completed. The rest of the game is somewhat less predictable but each time period is composed of only two locations, making everything outside of the hidden object scenes relatively simple by comparison.

Puzzles in the game are both familiar and gentle. There’s an “assemble the gears” puzzle, a “slide the crates” puzzle, the Towers of Hanoi, a couple of Masterminds, and a few easy jigsaws. They provide a little variety but not much in the way of difficulty, and after I managed to complete both Mastermind showdowns in just two moves I actually began to wonder if perhaps they might even be rigged to help players feel good about themselves and their gaming skills. If so, I say bravo! Ah, but not really; I don’t honestly expect there was anything more to it than a streak of good luck and even without that, there’s nothing in this game that should hold anyone up for very long.

There is one aspect of Time Mysteries: Inheritance that’s considerably different from other hidden object games I’ve run into: hints. Instead of the usual timer-based help, you start the game with four hints which can be accessed anywhere and have almost no cool-down period, so they can be used one after another in very quick succession. But once they’re gone, they’re gone for good and the only way to get them back is by playing a Bejeweled-style mini-game to earn as many hints as possible in a short, limited amount of time. The mechanics are simple (if you’ve ever tried your hand at any of the myriad “three colors in a row” games on the market, you already know how to play) but it’s actually quite a bit of fun and almost a complete game unto itself. This, to me, is a far better way of breaking up the HOGging action than simply recycling the same old puzzles over and over again, and I certainly wouldn’t complain if other developers pursued similar ideas. (Well, okay, I might, but I’d give them credit for at least trying something different.)

Novel hint system notwithstanding, gamers looking for something new or innovative aren’t going to find much of interest here. In gameplay terms, it’s entirely unoriginal and doesn’t even try to bring anything new to the table. On the other hand, it looks and sounds great and it’s a lot of fun to play, so if you’re not concerned with breaking new ground and just want a good, solid hidden object game, Time Mysteries: Inheritance could be exactly what you’re after.