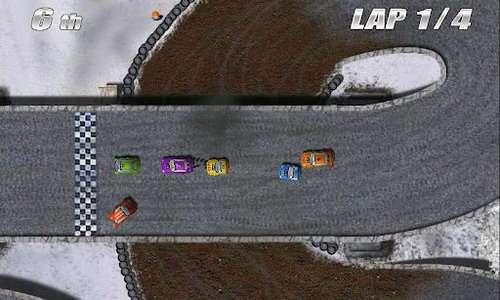 Would you drive a car that automatically accelerated and only stopped when you made a sharp turn or ran into a wall? Probably not. The person suggesting this would probably get some sort of thousand-mile “Huh-wha?” stare from you, deservedly.

I know video games are an escape for almost all of us who choose to spend our time with them. We make that possible with suspension of disbelief so that we’re not thrown off when we send 30-plus bullets into a living creature and they don’t die. It’s just a game mechanic. In the Android game Tilt Racing you only have steering control, which in theory sounds like it could be interesting.

As you can probably deduce from the title Tilt Racing revolves around the mechanic of steering your car by tilting your phone. At least that’s how it is presented. What it took me a while to figure out is that you’re supposed to control your car the same way you control a metal ball in a labyrinth–you roll your phone around to navigate the curves. While there’s also an on-screen thumbstick control, the tilting is the way the game is intended to be played. That’s what I did, and ended up with sometimes fun, but mostly frustrating results.

The biggest problem with this design is that the acceleration can use some more adjustment. Sometimes you take off like a bat out of hell, and other times you creep to get going. In races where you’re trying to get in front of other cars, one tiny, incorrect twist or twitch can send your overly-sensitive car careening into the corner, or slowly clawing your way to catch up.

The description on the market for Tilt Racing claims that the game has more than 12 hours of gameplay in career mode. With only 10 tracks (which are really about 5 raced in different directions), a handful of race types and a few cars it’s a long, drawn-out and repetitive 12 hours. You’ll know after the first 10 or so races if you’re ever going to master the game or not, and there’s not much reason to see the career mode all the way through. With the only other play option being free play, there’s a lot of filler content to be found. 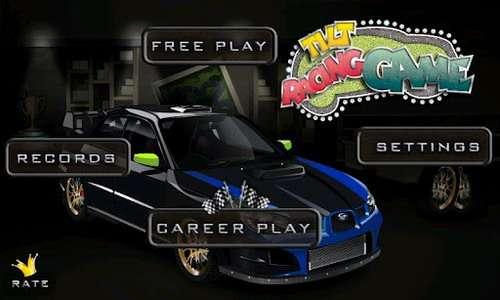 Tilt Racing looks good, but even on my Galaxy Nexus I had to turn most of the graphic effects off because the frame rate drops when there are multiple cars on screen. There’s not much sound needed, but what is there is completely fine. Tilt Racing could have benefited from some sort of brief tutorial to explain how they want you to hold and tilt your phone.

The fact that Tilt Racing is free is one of its saving graces. I would not be able to suggest buying this game, but it’s still a unique racing experience for Android. With some refinement to the controls and auto-acceleration, the developers could probably apply their idea to a successful game in the future.