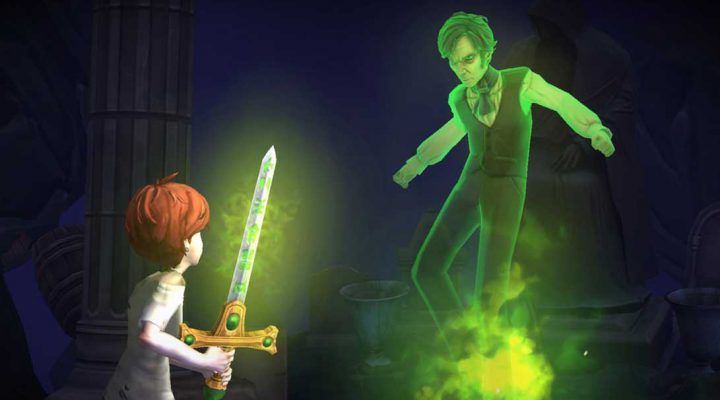 Far and away, my favorite ride at any of Disney’s theme parks is The Haunted Mansion. While perhaps not as epic in scope – it contains none of the dark coaster thrills of Space Mountain, nor the dizzying heights of the Hollywood Tower of Terror – it is emblematic of the meticulous world building that has come to define the company. Masterfully narrated, filled with delightful detail that can’t possibly be taken in with one ride, and utilizing technology that feels indistinguishable from magic, the ride takes you on a transportive, guided trip through an estate packed with more eerie secrets than you can shake a floating candlestick at.

It will never scare you all that much, or keep you on the edge of your clamshell cart’s seat, but that’s very much the beauty of it. Instead of facing off against the ghost-filled house, you’ll quickly feel like one of its whimsical incorporeal residents: in on the joke, relishing the spooky atmosphere. To that end, I can offer no higher compliment to developer WayForward’s Til Morning’s Light than to say that, at its best, it feels like a private invitation to The Haunted Mansion from the ghost host himself. 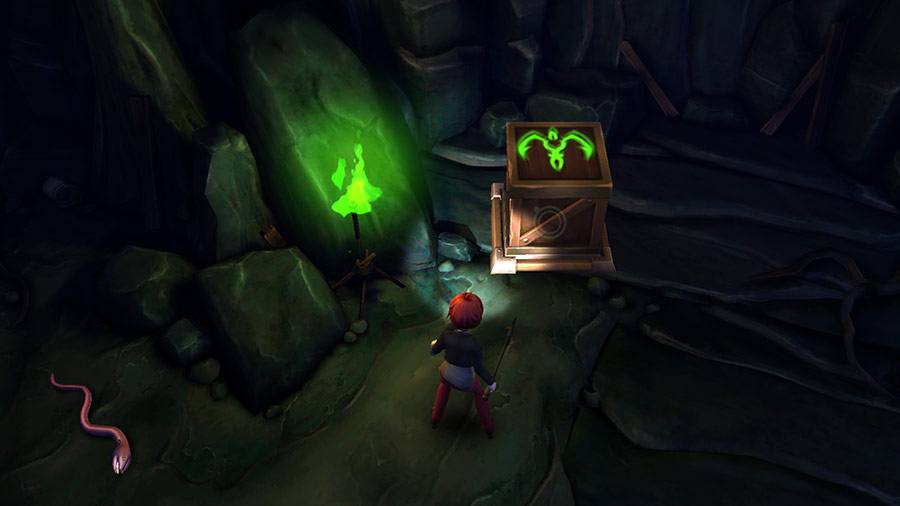 Published under the auspices of Amazon Game Studios, Til Morning’s Light is a departure from Wayforward’s 2D puzzle platformer wheelhouse, instead taking the form of an action-infused point-and-click adventure. Doing the (reluctant) adventuring is teenaged protagonist Erica, who’s been bullied by a couple of catty classmates into entering a reputedly haunted house. As is so often the case with purportedly possessed properties, there quickly appears to be no way out, leaving it up to you to guide Erica to safety, discovering more about her past, the estate, and its inhabitants along the way.

Core gameplay in Til Morning’s Light arguably falls into one of two categories. Exploration is a relaxed affair in which you tap or drag to guide Erica around the mansion’s many rooms, collecting and and then assembling components of a puzzle to solve short-term problems (acquire this key! Unlock this door!) or long-term conundrums (such as obtaining a magical seal to forge a path to a new floor or crucial area). Most often, the former interlocks with the latter as you encounter a roadblock that can’t be solved with your current inventory, and you’ll subsequently crack little cases across multiple rooms to assemble all the pieces necessary to remove that roadblock.

Simultaneously, you’ll need to fend off the house’s cavalcade of creepy, crawl, slithery baddies in more fast-paced touch combat. Here, WayForward borrows from the rhythm genre, boiling each battle down to a test of timing. Smaller, introductory enemies require you to tap or swipe the screen as the outline of circles or arrows converge on their solid counterpart. Meanwhile, tougher skirmishes introduce fast moving shapes that you track to a fixed point, or follow across the screen. Missed inputs translate to damage taken, while staying in perfect sync helps to land “perfect” blows that up the pain Erica doles out. Ultimately, Til Morning’s Light doesn’t stray too far from the combination of these basic elements once they’ve been introduced.

That isn’t to say there aren’t things to love about the core gameplay. The dovetailing nature of the multi-room puzzle solving requires enough attention to detail that you’ll often feel as if you’re cracking one little mystery after another. Furthermore, combat monotony is broken up by some genuinely stellar “boss” battles that task you with combining puzzle solving and action mini-games on the fly. Whether it’s fending off a mad scientist’s creatures while figuring out a way to electrify the water in which he’s standing, or coming up with a creative way to ruin a ghostly dinner party before you become one of its guests, WayForward makes the most of the game’s simplistic toolkit. 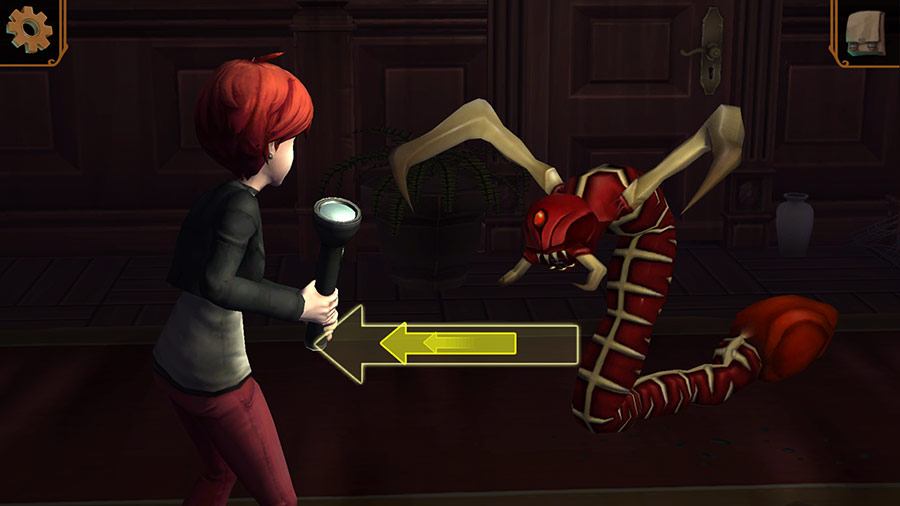 In fact, it’s this simplicity that might be the Til Morning’s Light’s greatest asset. The relative linearity of the game’s flow allows you appreciate each room for the atmospheric diorama that it is, pondering what unsavoury formulas were once concocted in the greenhouse or wondering along with Erica what arcane function the underground altar had long ago. Being able to move frustration-free throughout a series of creepy spaces allows you to instead spend time soaking in the game’s ambiance. The pleasure here doesn’t derive from banging your head against a wall trying to fetch an arbitrary item to solve a puzzle, but rather from losing yourself in a spooky, interactive Saturday morning cartoon – complete with clever and colourful dialogue, and highly engaging voice acting.

To wit, Til Morning’s Light is a delightful reminder that games are about much more than arbitrarily besting “challenge” for its own sake. Sometimes, like theme park rides, they’re about going on transportive, guided trips that feel indistinguishable from magic.