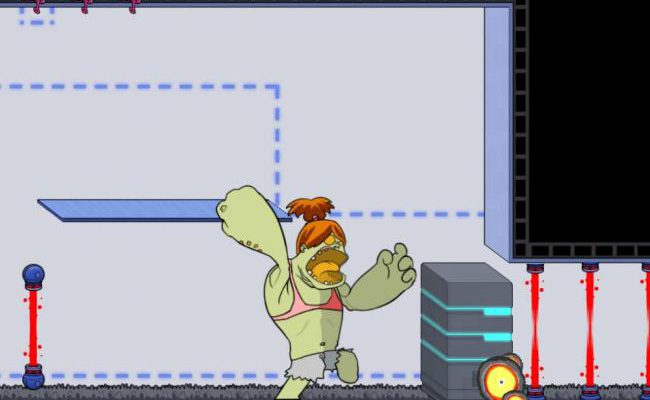 Not sick of zombies yet? Three Dead Zed wants your braaaains

Zombies, eh? Whoever invented them must be rolling in royalties right now. These resilient, ambling monsters have featured in every form of entertainment under the sun, and especially in video games. It’s not very often, however, that zombies are coupled with humor.

Three Dead Zed is a zombie platformer that puts a comic-styled spin on the genre, with the player controlling a zombie that is looking to break out of the facility where it was conceived. There’s lots to like about Three Dead Zed, although the rather floaty controls make later levels a little tricky and frustrating to beat.

The government is working on a secret called Project Z.E.D. – essentially, it is looking to create a smart zombie that can act as the perfect weapon. However when it manages to succeed, this perfect zombie escapes from the confines of its cell and wreaks havoc in the complex.

You are this zombie, and you’ve got numerous special tricks up your sleeve. You’re about to switch between three different types of zombie on the fly, each with its own abilities, and the idea is to combine all your tricks to escape from the facility.

The regular zombie acts the most like a human; pressing buttons, climbing ladders and the like. The huge, beefy zombie can’t jump very high at all, but she can smash things up and move huge objects. Finally, the quick and nimble zombie can make huge jumps, while also wall jumping to higher ground. 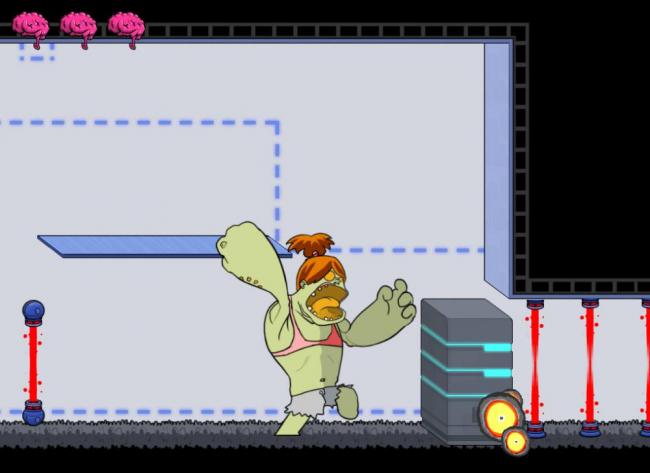 Putting all these different ideas into motion, the player needs to keep switching zombie type for each particular obstacle that comes their way. Maybe you’ll be switching to the regular zombie to turn a laser field off, before proceeding to smash a stone wall down with the huge zombie, and then leaping over a pit of saws with the nimble zombie.

There’s some really lovely level design on show throughout, with the various ideas pieced together slowly to allow you to get used to the concept. Eventually the platforming scenarios become far more difficult, and you’ll be bounding off walls just inches from death, before quickly tapping switches to raise platforms out of harm’s way.

Three Dead Zed has got plenty going for it personality-wise, with charming hand-drawn visuals that the average Flash-game player will be accustomed to. It’s also quite funny, with silly explosions of blood all over the place, witty dialogue and cats that are wearing tin foil hats.

Speaking of those cats, the game’s back-story is also rather intriguing, especially as you move further into the game. Why are we saving cats? Who is the mysterious voice talking to us? Who are the three zombies that you are controlling? The story is definitely one of those great elements that makes you want to push on forward and uncover the mysteries. 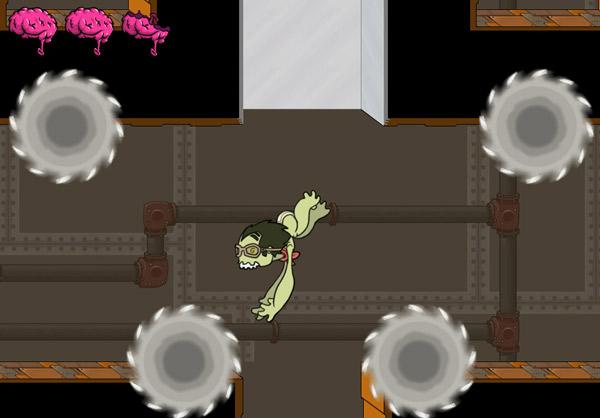 Unfortunately, the platforming elements of Three Dead Zed soon bring the overall experience down, as the controls are just far too floaty. This isn’t too big an issue at first, but as the levels become more difficult, some of the set pieces just feel completely impossible to navigate.

We found ourselves overshooting jumps and falling into spikes far too many times, and many wall jumping sections simply don’t feel tight enough. This is especially prominent with the nimble zombie, who flies all over the place and can feel completely out of control.

It leaves the game feeling a little amateurish, and frustrates immensely. When death in a game feels completely out of your control, you know that there’s a huge problem.

Three Dead Zed is a great first release from Gentleman Squid Studio, and we really wouldn’t mind seeing a sequel. A fresh take on a tired genre.