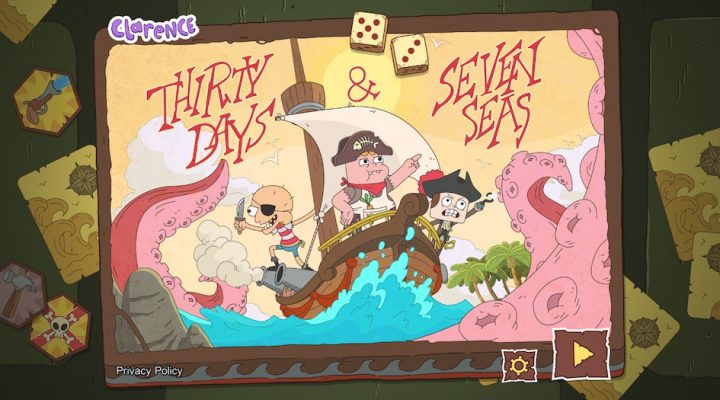 A nice mix of board game and strategy RPG elements

Character progression is steady and satisfying

Apparently Thirty Days & Seven Seas is based on a fictitious board game that was shown in an episode of a Clarence cartoon, which is a series I have absolutely no knowledge of aside from the fact that it exists. The reason I’m bringing this up is because even with my non-existent knowledge of the show, I’ve still been having a lot of fun with it.

I suppose I shouldn’t be too terribly surprised, though, seeing as this is coming from the same developers who made Monsters Ate My Birthday Cake. I’m still impressed. Sure, I’m missing out on some in-jokes and don’t know the characters at all, but the game itself stands up perfectly well on its own. Sometimes the game interrupts itself with brief story segments that usually involve everyone breaking character and shifting back to the real world while arguing about food, which I’m not terribly fond of as it gets in the way of my fun, but I imagine it wouldn’t bother me as much (or maybe even at all) if I were more familiar with the cartoon itself. 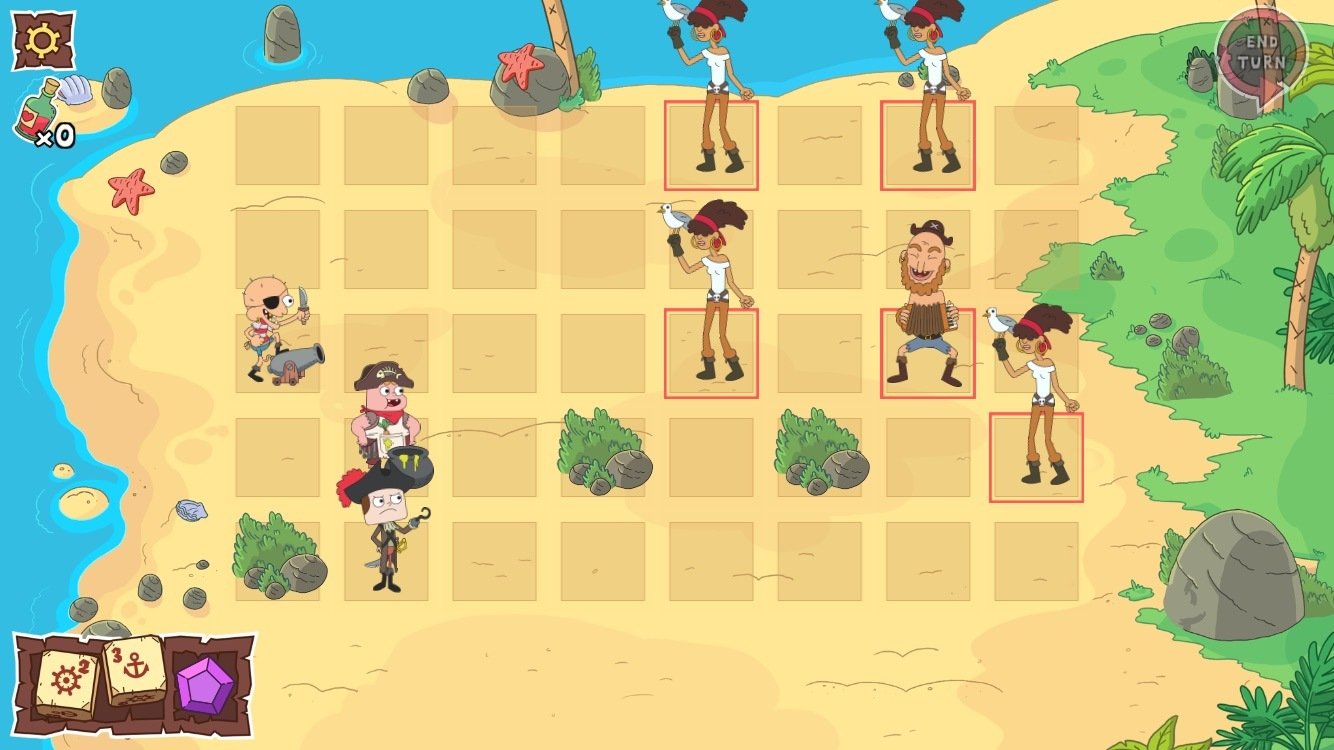 Thirty Days & Seven Seas is a kind of hybrid of a Milton Bradley/Parker Bros. style board game and a strategy RPG. The board game elements are largely contained to ship navigation, with you rolling dice to determine how many spaces you get to move, and those spaces determining what happens — things like drawing a card, fighting enemies, visiting the shop where you can buy upgrades, and so on. You have a little bit of control over what happens here thanks to cards that can counteract bad effects or tweak your move distance for a turn, but for the most part, you’re left up to the will of the dice. Which is fine, really, though sometimes the trip to the end of the path can drag a bit. 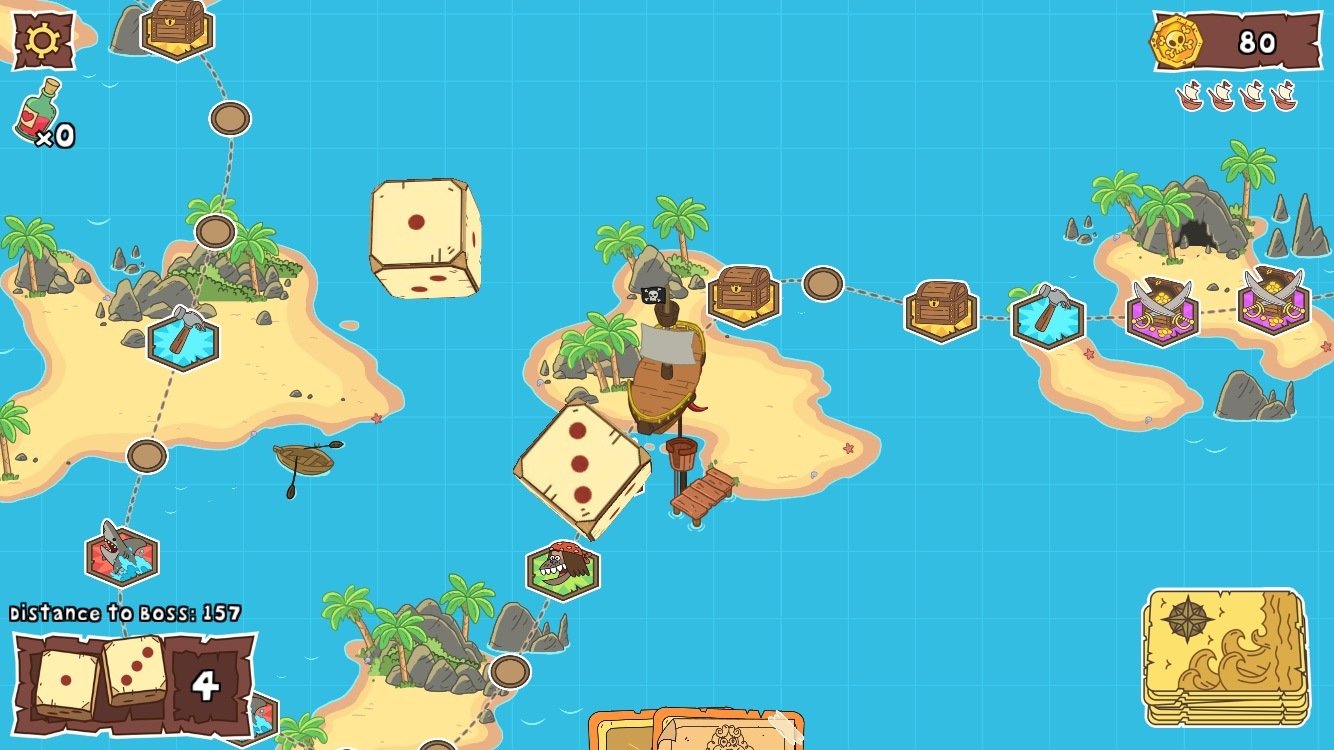 Combat is where the other half of Thirty Days & Seven Seas resides, and it’s more like a somewhat simplified strategy RPG than a board game. At the beginning of each turn, you roll dice to determine how many action points you can spread out among your team, with any remainders being added to the next turn’s total. Then you can figure out how you want to move everyone and decide which attacks to use, but you’ll need to keep your action points in mind. Don’t mistake “simplified” for “too easy,” however. Your characters can certainly get stronger and hold their own against tougher baddies, but you’ll still want to think carefully about how you approach each encounter, especially if you manage to run into ghost pirates early on. They aren’t pushovers, let me tell you. 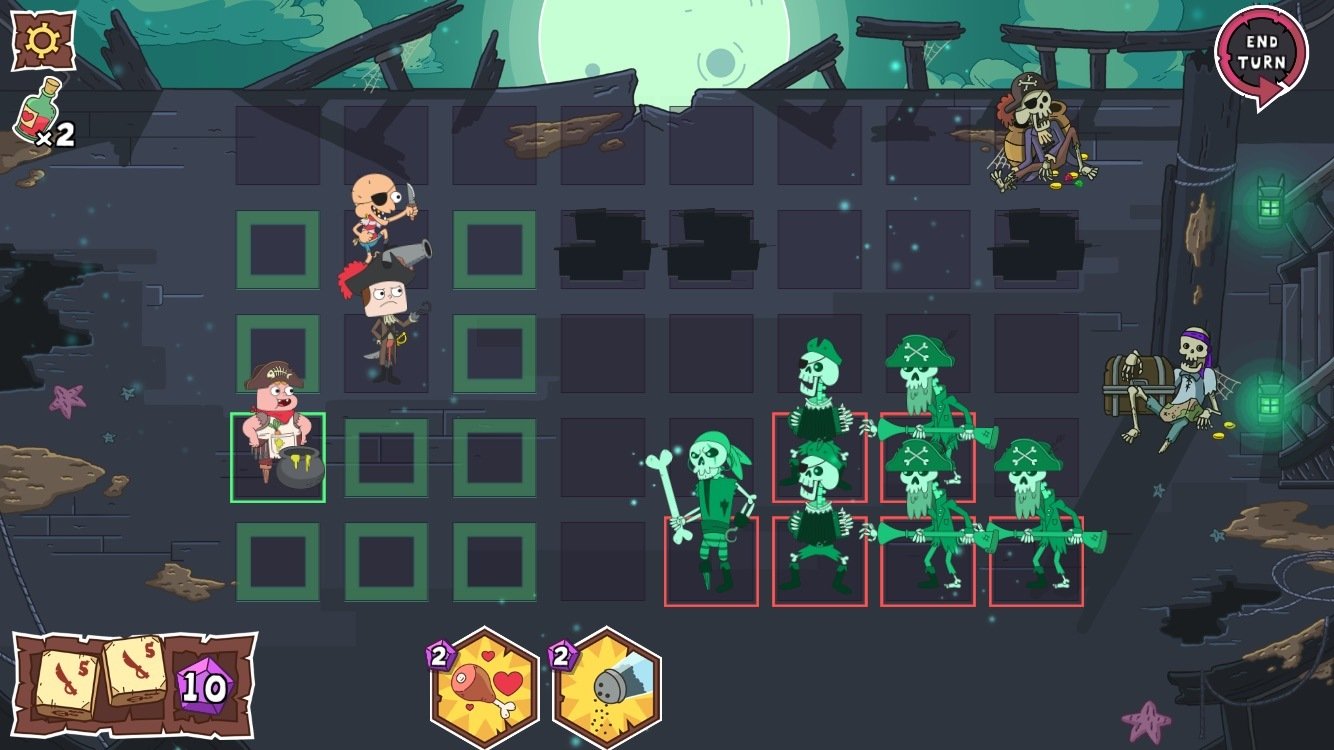 I like the more accessible strategy elements quite a bit, actually. You still have to think about things like positioning and character abilities, while also pondering whether or not to burn through lots of action points for a big attack or to ration them for a future turn. Once each fight is finished, everybody earns experience points. And once a character reaches a new level, you’ll get to decide between two new perks (stuff like health, critical chance, attack power, and completely new skills). Couple that with the upgrades you can buy at the shop using treasure earned from battle (and from landing on chests while at sea), and you’ve got a pretty satisfying amount of character progression to enjoy.