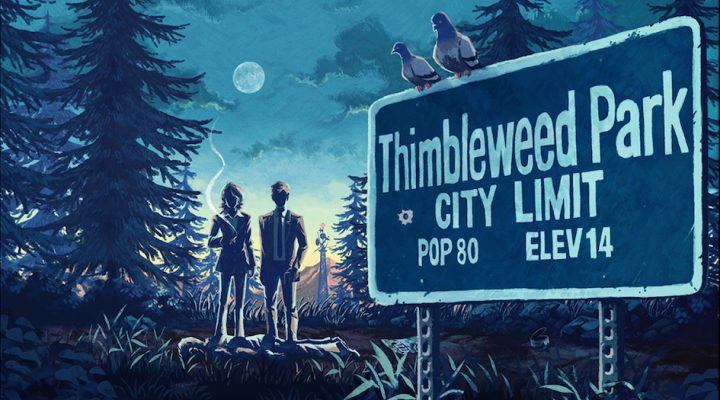 A worthwhile callback to the adventure games of old

Puzzles that are silly but also make sense

Some of the voice acting is kinda rough

Too many fourth wall breaking jokes that often fall flat

I usually try not to look at the critical responses for games I think I might end up reviewing because I don’t want to influence my own response. It’s a tactic that’s worked for me in the past, but Thimbleweed Park is a different story (I didn’t know a mobile version was coming, so I didn’t preemptively screen myself). So yeah, I did sort of go in expecting a glorious homage to classic point-and-click adventure games. I was disappointed within the first couple of minutes. Then I wasn’t disappointed anymore. 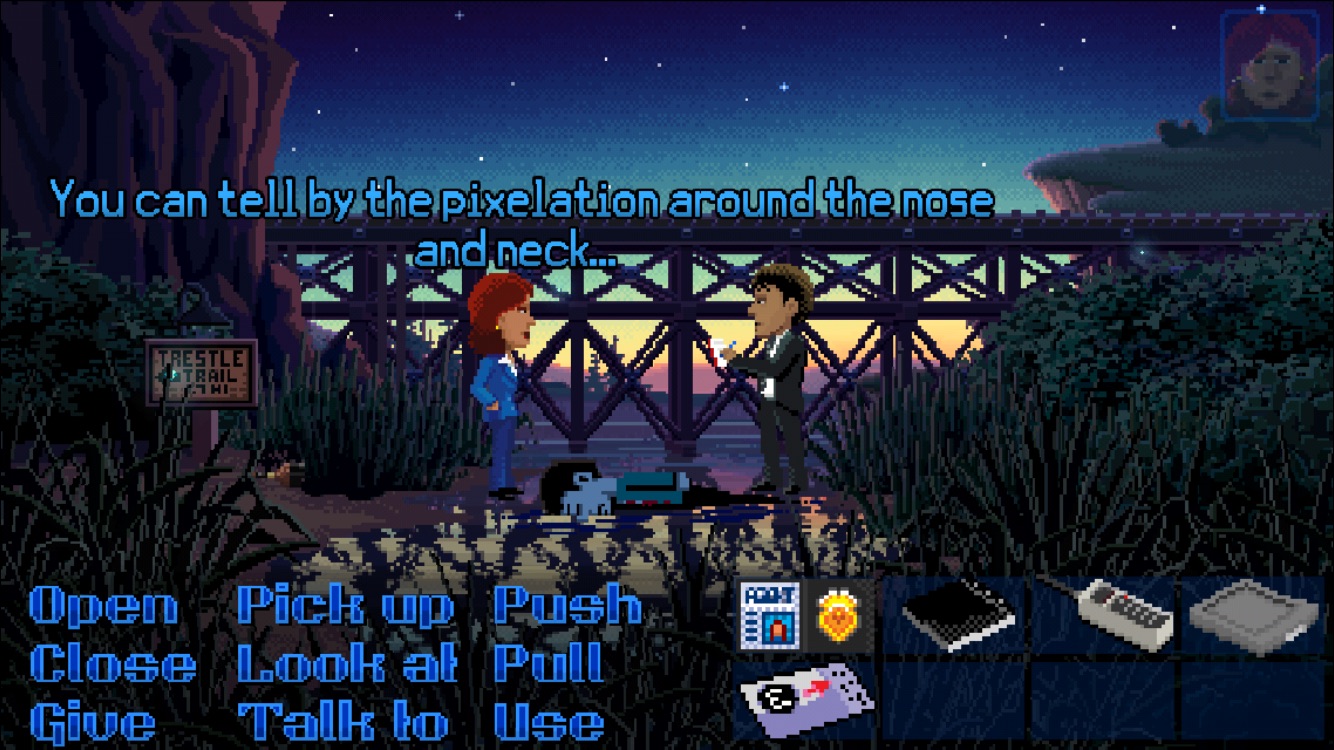 Thimbleweed Park tosses you right into the middle of the lead-in to a murder mystery. Some stuff happens and BOOM, you’re introduced to Agent Ray and Agent Reyes (the game’s main protagonists) standing over a dead body. It’s honestly not a bad way to kick things off narratively, but I just couldn’t get into it. The first bits feel rather constricted and a bit too directed, with little opportunity to go pixel hunting for anything that isn’t nailed down (because just about anything could be necessary when it comes to solving puzzles in an adventure game). 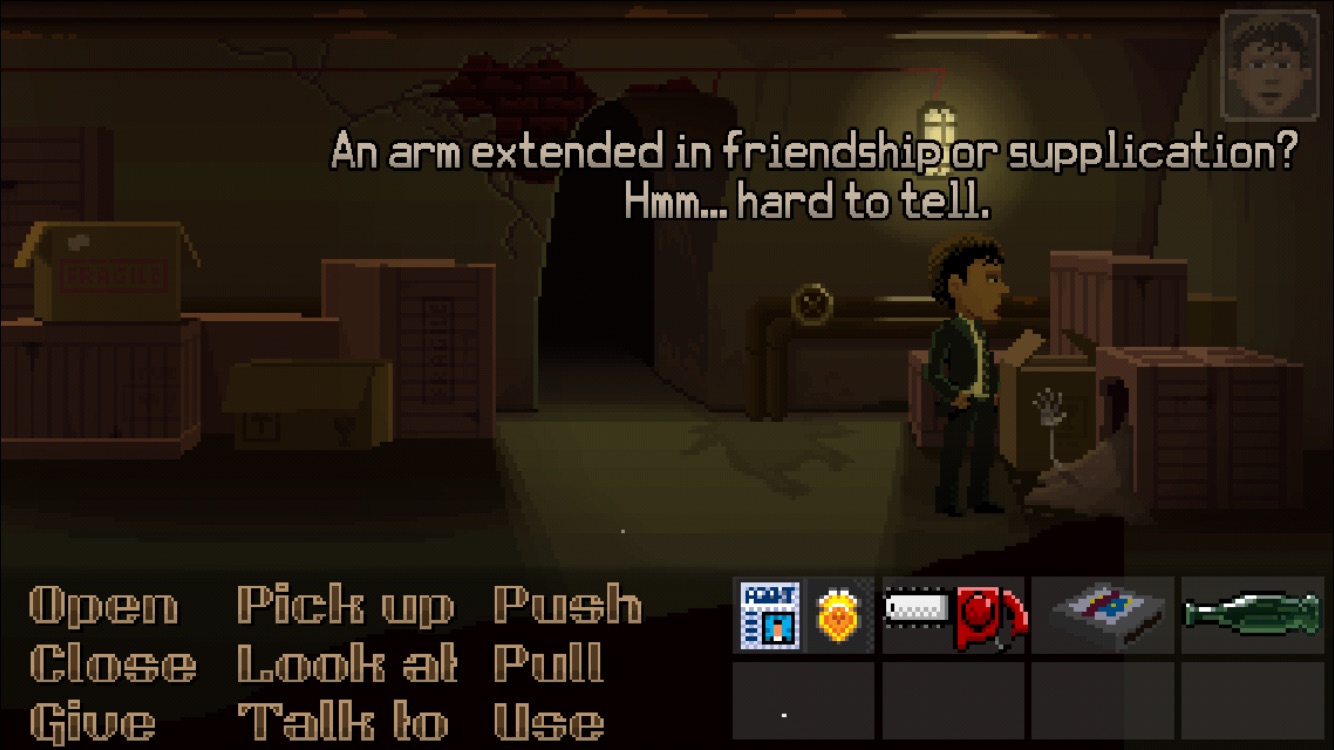 Thankfully, once that initial lead-players-by-the-nose section is over and done with I began to see the semi-nostalgic magic I was hoping to find. It’s everything I loved about classic adventure games with the slightest bit of modernity thrown in. Many of the puzzles make a sort of sense when considered in the context of the game’s world, plus there’s an in-game hint line you can “call” to get some guidance if you really need it.

It’s also a surprisingly beautiful game when it wants to be. The characters themselves look okay, albeit a little simplistic, but the backgrounds are pretty much all gorgeous. There are a lot of little details in those pixelated backdrops, and the implied lighting in almost every scene is honestly kind of amazing when you think about the fact that it’s all pixel art. The only real downside to this is that the super-pretty backgrounds make the far simpler character sprites stand out quite a bit by contrast. 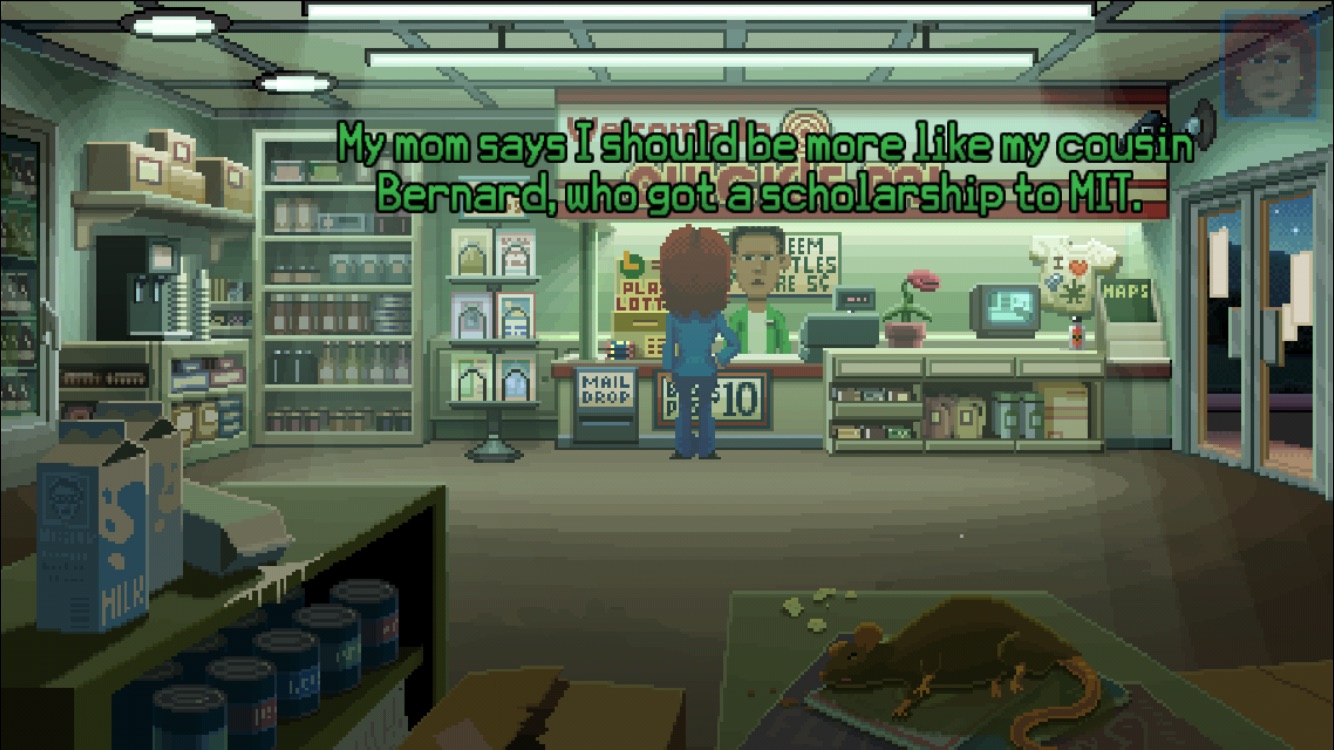 Speaking of contrast, hooboy that voice acting. Some of it is fine. Good, even. But there are a few characters that do not sound good at all. I don’t know if it was the direction or the actors themselves, but wow do they stand out in a bad way. It doesn’t help that two of the weakest character voices are heard within the first five to ten minutes. That doesn’t instill confidence in the early moments. But most of the rest of the characters sound just fine, thankfully.

I can’t say the same for all the fourth wall jokes, though. Yeah it’s a throwback to old school adventure games from companies like Lucasarts, but these jokes happen way too often and most of them are pretty bad — in the actually bad way, not the bad meaning good way. They aren’t all stinkers, but like the voice acting, the rough ones stand out a lot. 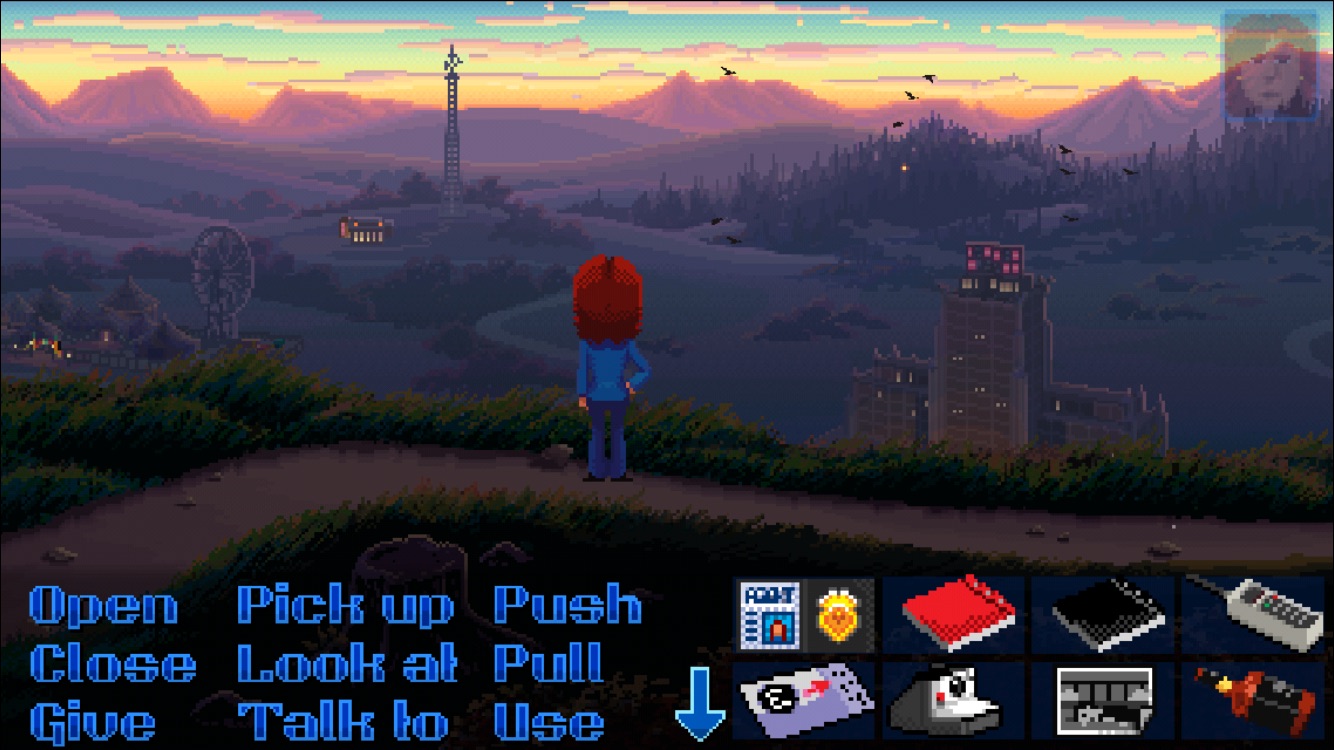 Grumpy though I may seem about it, I actually kind of love Thimbleweed Park. It’s got a couple of weak spots, sure, but I’ve got no problem parroting all of the other reviews that have called it a love letter to classic point-and-click adventure games. They were right. So if you like that kind of stuff and you haven’t tried Thimbleweed Park yet for whatever reason, now is as good a time as any to see what the fuss is about.