Home / Reviews / They Need To Be Fed 2 Review 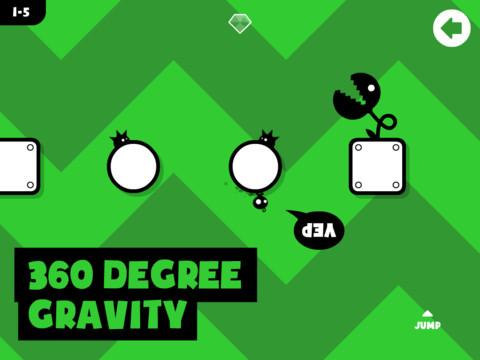 Think your job sucks? Imagine if your vocation involved nothing except risking your life to grow a plant that will inevitably wind up munching on you. In They Need to be Fed 2 for iOS, you guide the main character through all manner of perilous traps, only to throw him in the mouth of Audrey II’s shadowy cousin at the end of each level. It’s a crummy destiny for the little dude, but it’s also a fun game.

They Need to be Fed 2 is the follow-up to 2010’s They Need to be Fed. Like its predecessor, They Need to be Fed 2 is a gravity-based platformer with simple flat visuals done in the style of black paper cut-outs. The gameplay is a two-dimensional take on the planet-hopping that defines the Super Mario Galaxy games. When you hop from one platform to another, you’re drawn in by the separate gravity field of each “planetoid,” therefore making it impossible to fall to your death.

That’s not to say They Need to be Fed 2 is easy to work through. Your footing isn’t your main concern: Your mission is actually to pick your way around the traps that are parked on many of the platforms. From there, you need to find your way to the Venus flytrap so that you may leap into its mouth and carry on the circle of life, brutal though it may be.

Traps aren’t the only obstacle to your “success,” however. You need to find diamonds that pay your way into later levels. Also, you need to find magic beans that blossom into crude modes of transportation and help you get around the stage. Some of these include flowers that propel blocks along tracks, and plants that puff air and cause platforms to slowly turn. 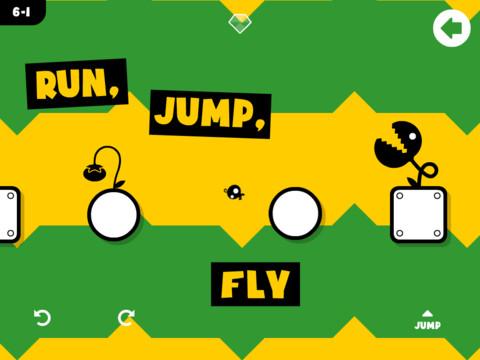 They Need to be Fed 2 outright bills itself as “more of the same.” In other words, it’s every bit as clever, clean, and fun as the original game, but if you didn’t latch onto the first They Need to be Fed, you might not find a lot to fall in love with, here. However, it’s hard to imagine someone missing the appeal of They Need to be Fed‘s mechanics: Floating from planetoid to planetoid is restful, even when the games’ challenge ramps up.

That said, They Need to be Fed 2 isn’t a terribly challenging game—at first. With a little persistence, it’s easy enough to gather every diamond in the initial round of stages. But once you unlock “Epic Mode,” things get super-hairy. The stages are largely the same, but the traps are more difficult to dodge, the level layouts are upside-down—and whereas checkpoints are generous in the regular levels, they’re non-existent in Epic Mode. 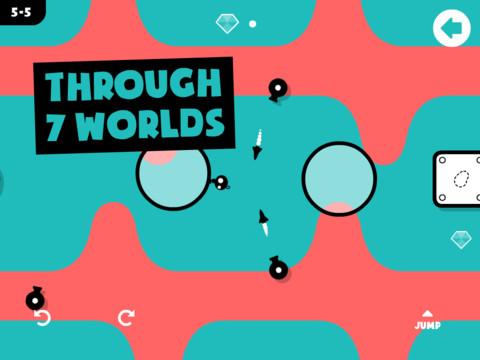 Aside from Epic Mode,there aren’t a whole lot of surprises in They Need to be Fed 2 if you’ve played the first game. That’s not necessarily a terrible thing if you enjoyed the first game. If you’re still hungry for more great 2D platforming that spits in gravity’s smug face, come on back for a second helping.