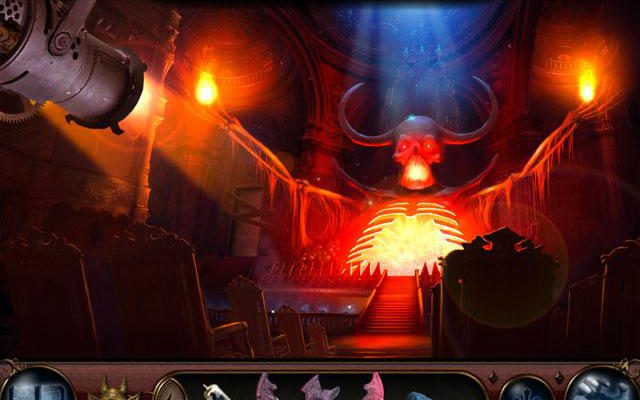 Theatre of the Absurd is frightfully good fun

Canadian developer Silverback Games has proven it’s capable of great things—witness the company’s previous titles such as Secrets of the Dragon Wheel and the Empress of the Deep series. This month, the talented team cranks up the creepy in its latest casual offering, Theater of the Absurd. Good-looking, well-presented, and far more intense than your average hidden object game, this infernal adventure will thrill horror enthusiasts and scare the pants off everyone else.

There’s very little preamble to Theater of the Absurd. You play Scarlet Frost, a woman called to a fancy estate by a rich doctor to authenticate an artifact called the Habsburg Cube. Soon after you arrive, the doctor vanishes and you’re tasked with figuring out how to save his young daughter from demonic possession. The deal is, you have to find the pieces of a magical bell in order to exorcise the demon, and that means searching the depths of the doctor’s exotic, bizarre and downright scary estate. Fortunately for you, the powers of Good are on your side and they help by granting you a handful of supernatural abilities. 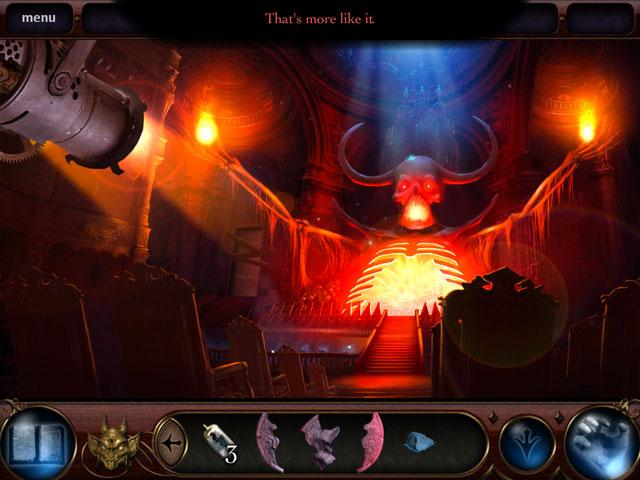 After the unusually threatening setting, the main reason for Theater of the Absurd‘s departure from the usual hidden object approach is this supernatural ability thing. I admit, at first it all seemed like just a fancy way to present the Hint button, but it became much more than that. An angelic presence covers your arm with red wormy-looking tattoos, and while you can indeed click on the related hand icon for hints, you also receive the power to do cool things like clear demon smoke and read ancient runes. This adds a lot to the game’s exploration aspect, and is in perfect keeping with its narrative themes.

In addition to this ability-focused gameplay, Theater of the Absurd comes across in a unique way, and offers some refreshingly different puzzles and hidden object scenes. For instance, early on you discover a room you can’t unlock until you’ve completed the main story; turns out, it’s the entrance to the game’s bonus content – but what’s cool is that it’s presented as part of the game rather than simply a button on the main menu. This idea extends further to a nifty unlockable area filled with concept art called the “Ageless Gallery.” Above and beyond these things, the game is really well art-directed. If anything graphics-related deserves a thumbs-down, it’s the characters which are frankly terrifying. The doctor and the young daughter look like nightmare-inducing mannequins, and I was convinced the heroine’s weird, glowing eyes would eventually burn a hole in my brain. 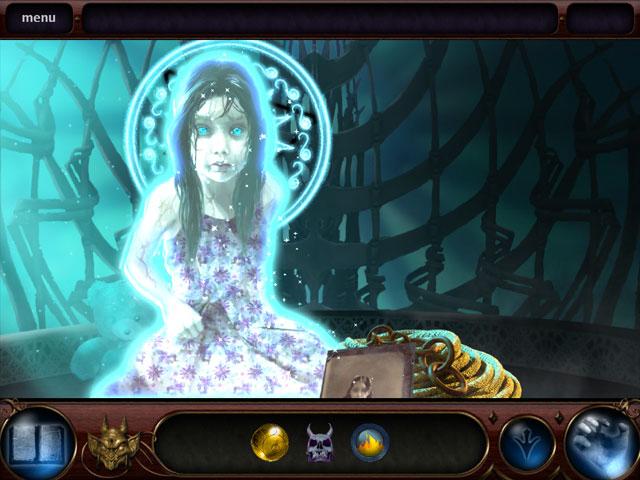 The game’s hidden object gameplay is considerably better, and while it isn’t what you’d call innovative, the effort made to create unusual hidden object scenes certainly deserves praise. The doctor’s estate is filled with unexpected rooms and environments, some of which could pass easily for an ante-room in Hell. And while there are some commonplace items within these strange scenes, they’re also packed full of items you don’t see in every hidden object adventure: dead rodents, rotten cucumbers and…gulp— dismembered toes.

The game’s sound is on par with this creepiness but not in the way you’d expect. Somehow, the contrast between its hellish locations and quiet, lyrical piano themes are far more unsettling than something more obviously sinister. The main thing Silverback deserves credit for aurally-speaking however, is its choice of voice-actors. The heroine’s voice is particularly good, which is nice since you spend so much time listening to it.

The main parts of the game that could stand some improvement (aside from making the heroine more sympathetic) are the story and the post-game bonus chapter. The main game’s storyline is interesting, but thin. It boasts an compelling core concept and a somewhat surprising end reveal, but during the game, there’s precious little—narratively speaking—to go on. 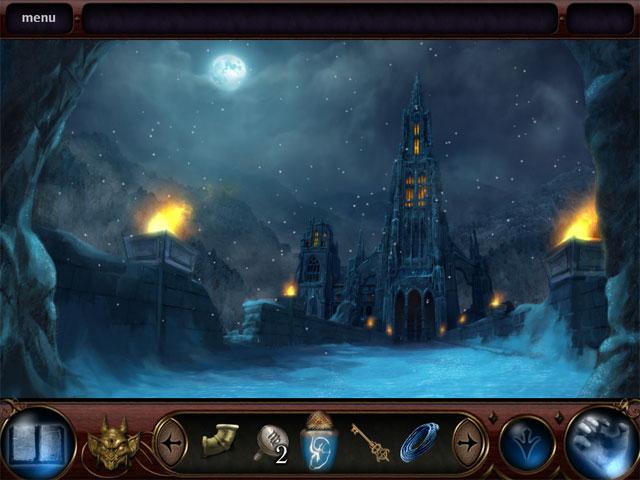 The bonus chapter continues where the main game leaves off, but there’s little more to be gained by playing it, since the fiction there gets even shakier. In fact, the bonus chapter as a whole feels slightly half-baked, with simplified gameplay and too much location revisiting, and while the attendant concept art galleries are cool, they too make the bonus content feel a little thin.

Considering the quality of the bonus content, there’s probably not enough here to justify calling this a Collector’s Edition. Still, the main part of Theater of the Absurd is exceptional. In both gameplay and setting, it takes risks few hidden object titles do by going beyond the genre’s generally “spooky lite” approach, to create a full-on horror experience. And while it could be too intense for some hidden object players, people who enjoy being scared shouldn’t miss it.

A Valley Without Wind Review