The World of Magic Review 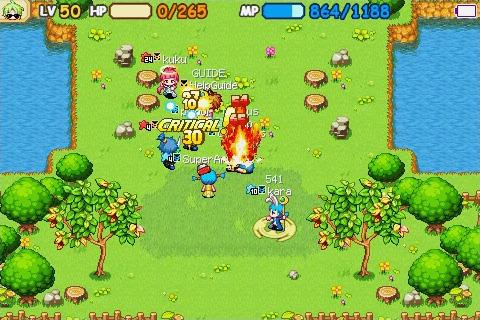 This free MMORPG has some quality tricks up its sleeve.

I’m often wary of “free” MMO games on both the iPhone and the Web. Unless you’re willing to shell out regular amounts of cash, they’re often slow experiences that feel less like fun and more like tedious work. As a result, I started The World of Magic, a free MMORPG for the platform, with more than a little wariness. I was expecting a ponderous game that would leave me a bit poorer and frustrated. Instead, I found a fast-paced little adventure that was full of fun.

When the game starts, you are asked to choose between two kingdoms (which determines your faction for PvP combat) and create a character from one of three class choices: soldier, wizard, or archer. You then choose one of three servers to play on, and are then given the option to play through a quick tutorial that teaches you the basics of combat and item collection, after which your character is dropped into the middle of a surprisingly large and well-populated game world.

It should be noted that while the tutorial teaches the bare-minimum skills needed to play the game, it’s woefully inadequate for a player who’s completely new to this type of game. I felt a little lost when I was first moving around the world, trying to figure out how to access my quest’s instructions and determine where I needed to go.

The game feels a lot like something you would find on the Web, thanks to its birds-eye perspective and the anime-inspired graphics. The character models are pretty basic to begin with, but different items and outfits allow you to quickly make them look unique. That said, the levels are certainly cute and inventively-designed, as are the various creatures you’ll find yourself doing battle with.

For better or worse, though, level-grinding composes the main mode of gameplay. The combat is fun enough thanks to some solid controls taking advantage of the virtual D-pad and assorted action buttons, but it’s not exactly breaking the mold, either. That said, it’s not terribly difficult when you hunt down creatures in the countryside, so players aren’t likely to get frustrated with high-difficulty battles. You can solo adventure or join a party, but levelling up is slow going either way.

In some areas that were crowded with other players, I occasionally had problems finding enough creatures to kill in order to meet a quest’s quota. I also talked to some other players who mentioned they had enemies disappear in the middle of a battle (presumably due to a glitch in the game), but I never experienced this phenomenon myself.

Another fun aspect of combat is the game’s PvP element. Players can battle each other in regular maps that pop up, and the action gets pretty frantic thanks to the large number of characters on the screen in these situations. These are crazy, fast-paced events that feel more like a chaotic deathmatch than anything else, but they’re a lot of fun to play through. 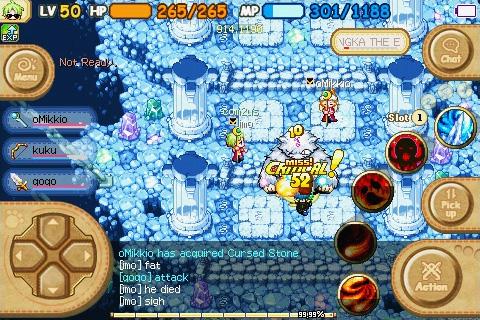 What really stunned me about The World of Magic, though, was the amount of free content available to players. Most of the world is open for exploration, and it doesn’t seem like there are any noticeable restrictions to the game if someone wants to play it for free. There are some ads that pop up fairly frequently, though these are easy to get rid of if you’re willing to purchase some content and become a premium member.

I picked up the “Starter’s Pack” for a couple of bucks, which provided me with a ton of in-game content. Aside from the random hat it contained, the pack also gave me a new bag, several rare items, and (most importantly) access to the MMO’s trading houses. The trading houses are particularly useful, since they’ll allow you to sell items you’ve looted to other players. You can still sell your wares if you don’t want to pay for this access, but you’ll have to do so on the street and be stuck at the financial mercies of other players who happen to be wandering by.

If you’ve been hoping for a fun, fast-paced MMORPG on the iPhone, then you’re likely to enjoy The World of Magic. Granted the game doesn’t do much that’s unique, but it’s well-made and doesn’t punish players who don’t want to spend any money on it.