Home / Reviews / The Wolf Among Us: Episode 3 – A Crooked Mile Review 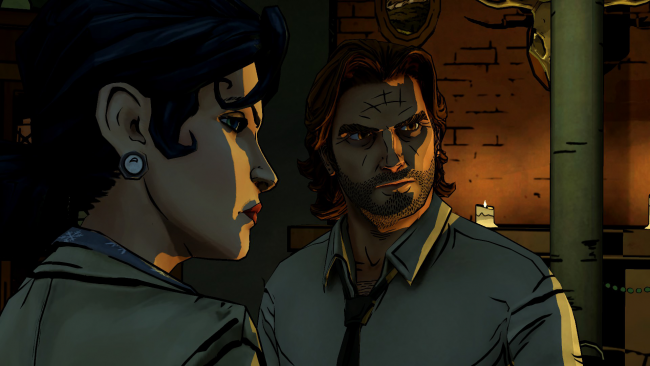 The first two episodes of The Wolf Among Us got me thinking about how interactive media can transcend games. After all, Telltale’s take on the world of Fables plays more like an interactive film than a traditional point-click-adventure.

With episode three, a new thought dawned on me: as much as Telltale’s approach to the medium can reinvent the way we tell stories, The Wolf Among Us is an equally brilliant example of how well suited this new form of storytelling is to mysteries.

Picking up where the cliffhanger in Episode 2: Smoke and Mirrors left off, my initial thoughts weren’t of what’s next, but what came before. I found myself piecing together the bits and pieces of information I’d been fed, weighing them against the narrative, and starting to draw my own conclusions. Do I think their suspect is the guilty party? Why or why not? What evidence have I been shown to support it? And if I don’t think they are, what do the clues that have been revealed tell me about who the real killer might be?

It’s the digital equivalent of an Agatha Christie novel.

I still stand by my original assessment – you don’t play The Wolf Among Us as much as you watch it – but there’s another level of game going on beyond what happens with a keyboard and mouse. Forget Bigby Wolf – you are the detective. Once you’ve finished an episode, you’re not finished thinking about it; not finished sussing out the new information. In this way, The Wolf Among Us is quickly becoming the quintessential mystery tale for an ever-emerging digital medium. 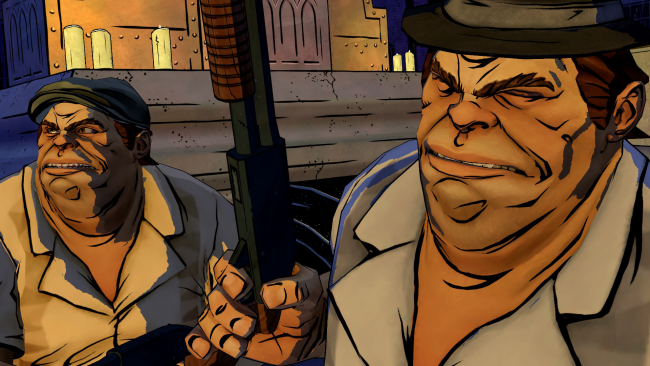 Episode 3: A Crooked Mile doesn’t vary drastically from what came before, but being the midpoint in the story, you’ll find that this is an episode with plenty of answers for what came before and questions for what happens next.

Some moments that should be mysterious will feel less so if you’ve been paying attention. We’re at the point where an understanding of the story’s themes and characters can reveal a lot about a scene, often giving a hint of its conclusion before you reach it.

Other times, though, you’ll find that your theories don’t always pan out – and really, if it didn’t surprise you from time to time, what kind of a mystery would it be?

It’s hard to write about episodic games without spoiling anything, but as always, I’ve promised to keep our review of A Crooked Mike as spoiler free as possible. Without giving anything away, I’ll just say this: things end on another crazy cliffhanger, some big plot twists are introduced, and those twists involve new characters that we only get a small taste of (and hope to see more fully featured in Episode 4). 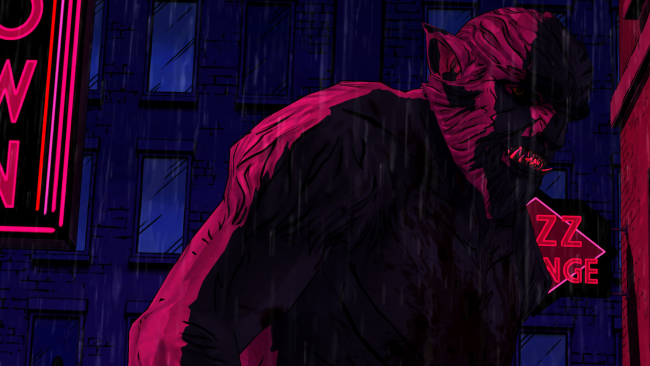 While it’s another short experience (I finished it in under 90 minutes), A Crooked Mile does a great job of serving as a midpoint in the story, complete with “nothing is as it seems” story developments that will leave you desperate to find out how things end. More importantly though, it’s a mystery – and a good one – that’s perfectly executed in a medium unique for the genre.

If you haven’t started playing The Wolf Among Us and you love a good whodunit, now is an excellent time to pick up the season pass.