Home / Reviews / The Wolf Among Us: Episode 2 – Smoke and Mirrors Review

The Wolf Among Us: Episode 2 – Smoke and Mirrors Review 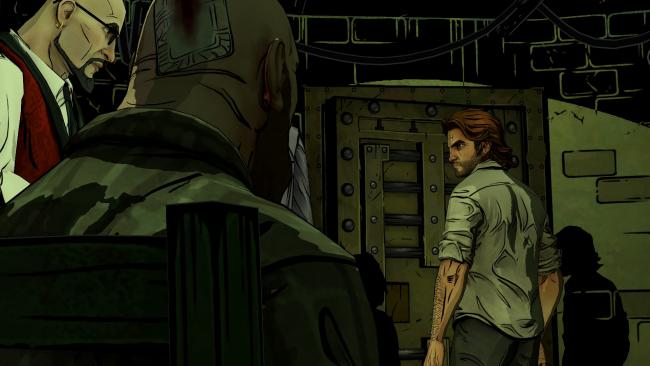 You got Snow White in my hard-boiled crime fiction!

Don’t you hate when a TV series ends its season (or mid-season) on a cliffhanger? It keeps you on the edge of your seat for months, and you just want to throw your remote through the TV. Telltale Games creates a similar fury in me with every single game they release. And The Wolf Among Us is no different.

Finally available after a bit of a delay (and nearly four months after Episode 1: Faith), Episode 2: Smoke and Mirrors continues the story of Bigby Wolf, sheriff of Fabletown, as he investigates a pair of beheadings that have occurred in the Fable community.

What’s a Fable? If you have to ask that, we suggest you stop reading this review now and go play Episode 1 (or even better, go read Bill Willingham’s award-winning comic Fables that provides The Wolf Among Us its setting). Here’s the short version for those not interested in taking our advice: due to some unseemly shenanigans, the characters that populate fairy tales had to escape their world to live in ours. They live normal lives masquerading as humans, but mostly try to keep to their own kind, aka Fables.

Clocking in at around 90 minutes, Smoke and Mirrors may be short, does a fantastic job of building on the mystery that began in Faith. Like any good whodunit, questions are answered while even more questions are raised. Characters we’ve already met are fleshed out, and new characters are introduced with their own set of secrets to get to the bottom of.

We’re going to keep this review as spoiler free as possible, but fans of Fables will be in for a real treat: instead of just giving you the characters you already know and love, Telltale has gone ahead and created a brand new Fable: Georgie, aka “Georgie Porgie pudding and pie, kissed the girls and made them cry.” 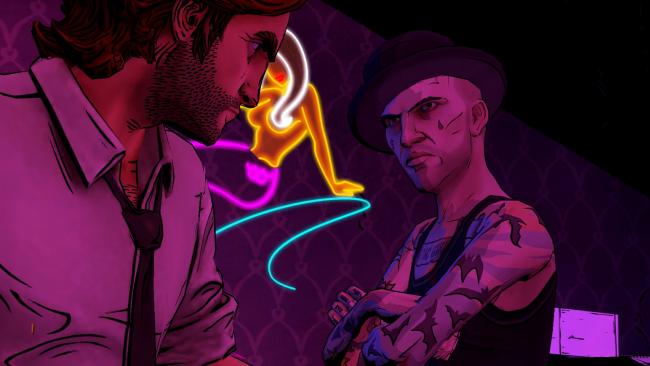 Somewhat fittingly, Georgie kisses the girls and makes them cry as both a pimp and a reputable business man (he owns the strip club Pudding and Pie). It’s a slimy, hateable character – exactly the type you’re looking for on the seedier side of Fabletown.

The Wolf Among Us may be a murder mystery, but what it does so well – and showcases prominently in Episode 2 – is deliver a murder mystery that is complicated by its setting: a world of magic. It’s hard to get into details without spoiling everything, so I’ll just say this: spells can hinder an investigation and complicate a crime in a way that Philip Marlowe never had to deal with.

The only criticism to be had here is the same criticism I had about Episode 1: you don’t play The Wolf Among Us so much as you watch it. Sure you’ll be clicking on things to move the story along, but that’s it – you’re just moving the story along. There are no complicated puzzles to solve; no head-scratching “what do I do next?” moments. You’ll get to make dialogue choices to proceed through the story as you see fit, but it’s not the sort of game that offers up any kind of challenge.

But then again, maybe it doesn’t need to. It’s easy to judge The Wolf Among Us by traditional point-and-click adventure standards and come up short – but maybe those aren’t the standards we should be using. Rather than trying to make game experiences more cinematic, Telltale is trying to make cinematic experiences more like a game. Who cares if it’s devoid of challenge? Smoke and Mirrors, like Faith before it, gives players a sense of being in control of the story as it unfolds. If we stop calling it a game and see it as ‘interactive entertainment,’ it would be hard to call The Wolf Among Us anything short of exceptional.