Home / Reviews / The Wolf Among Us: Episode 1 – Faith Review

The Wolf Among Us: Episode 1 – Faith Review 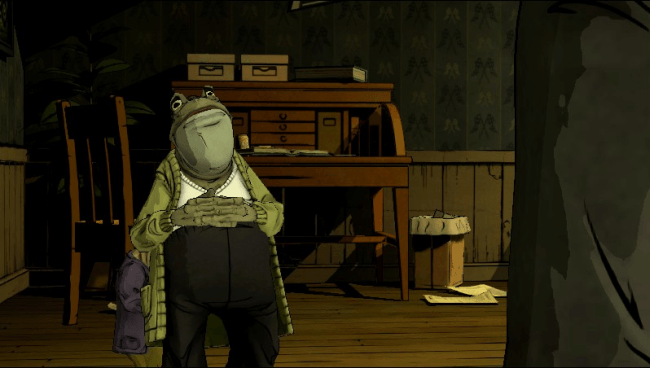 Don’t be afraid of the Big Bad Wolf

A notable point on the lengthy list of sins committed by substandard series like Twilight and The Mortal Instruments is that stories about supernatural beings living amongst us now feel exclusively like the domain of bad teenage drama. In other words, sparkly vampires and the sneering teenage smart-asses that hunt them through city streets may immediately put you off the “modern fairy tale” premise for Telltale Games’ The Wolf Among Us.

Don’t let that happen. The Wolf Among Us, based on Veritgo’s long-running comic series by Bill Willingham, is sharp, funny, and full of intrigue. You’ll be hooked the second Mr. Toad claps his bulbous eyes on the main character and hisses, “Shit.” 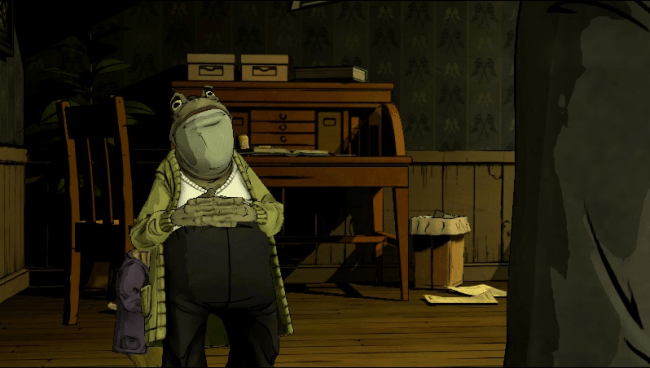 The Wolf Among Us: Episode 1 – Faith is an episodic adventure game by Telltale, who has already demonstrated that they’re really good at this sort of thing through The Walking Dead. You roam the foul streets of ’80s-era New York as Bigby Wolf, a detective/policeman who’s employed to help keep things peaceful amongst New York’s population of Fables.

“Fables” are refugee characters from fairy tales who’ve been shoved out of The Homelands and forced to relocate in New York State. Bigby Wolf, once known as a certain “Big Bad,” is primarily concerned about making sure the Fables living in New York City’s Fabletown keep a low profile and a human guise. However, things take a violent turn one day, and Bigby finds himself responsible for solving the gristly murder of a certain Fable.

As is common in Telltale’s adventure games, The Wolf Among Us rolls out a story full of dialogue branches, and it’s up to the player to decide what they’re going to say, and how they’re going to act. Though Bigby thinks he’s left the rougher parts of his reputation behind him, you can still choose responses and actions that bring out his badder, more wolfish side. Much of what you say and do affects your relationship with other Fables, and the game even informs you when your words have made a significant impact that will help you later on (or come back and bite you in your furry butt). 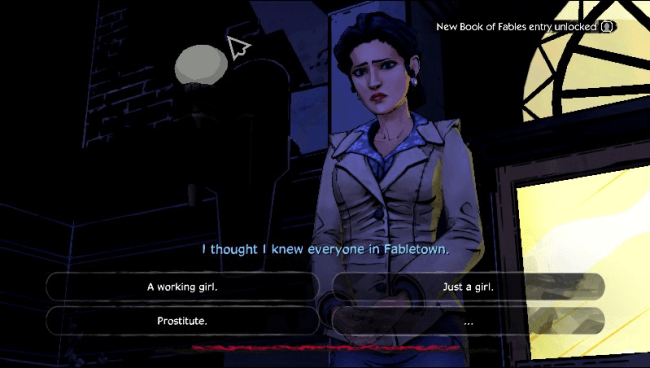 The Wolf Among Us is an episodic adventure, however, so not every path you choose in Episode 1 has an immediate consequence. Don’t worry if you forget which choices you’ve made by the time Episode 2 comes out. Fables have long memories.

You, on the other hand, have the option to play through the game again using different dialogue branches and save files, something you’re probably going to want to do given Episode 1’s short length. Replaying The Wolf Among Us is hardly a chore: its expressive writing and characters keep you engaged, and its visuals sport bright colors. It’s a gritty game, but its attractive plumage helps maintain the fairy tale motif and keeps the dark plot from taking itself too seriously.

The Wolf Among Us: Episode 1 – Faith is a strong start to a grim fairy tale. Highly recommended if you’re longing for another Telltale fix.