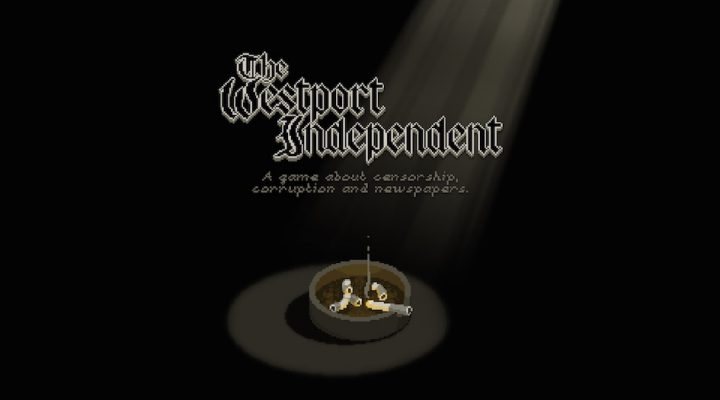 Can be rather thought provoking

Makes you walk a tightrope between responsibility and safety

Is fairly brief from start to finish

The Westport Independent initially stood out to me because of its likeness to Papers, Please (an offbeat indie favorite of mine), but it’s definitely its own thing. My hands-on time with it last year was proof enough of that. But while I’m happy to see the game released (and have been enjoying it, for sure!), I can’t help but feel like it would benefit from a little more variety.

You’ll step into the shoes of the editor for The Westport Independent – one of a few different newspapers that are still in operation as a so-called “Public Culture” bill is being implemented. A bill that, basically, lets the government decide what is and isn’t fit to print. On top of that, there’s a rebellion a-brewing that’s starting to get dangerous. Your job is to decide what stories to print, how to edit them, and who should write them up. 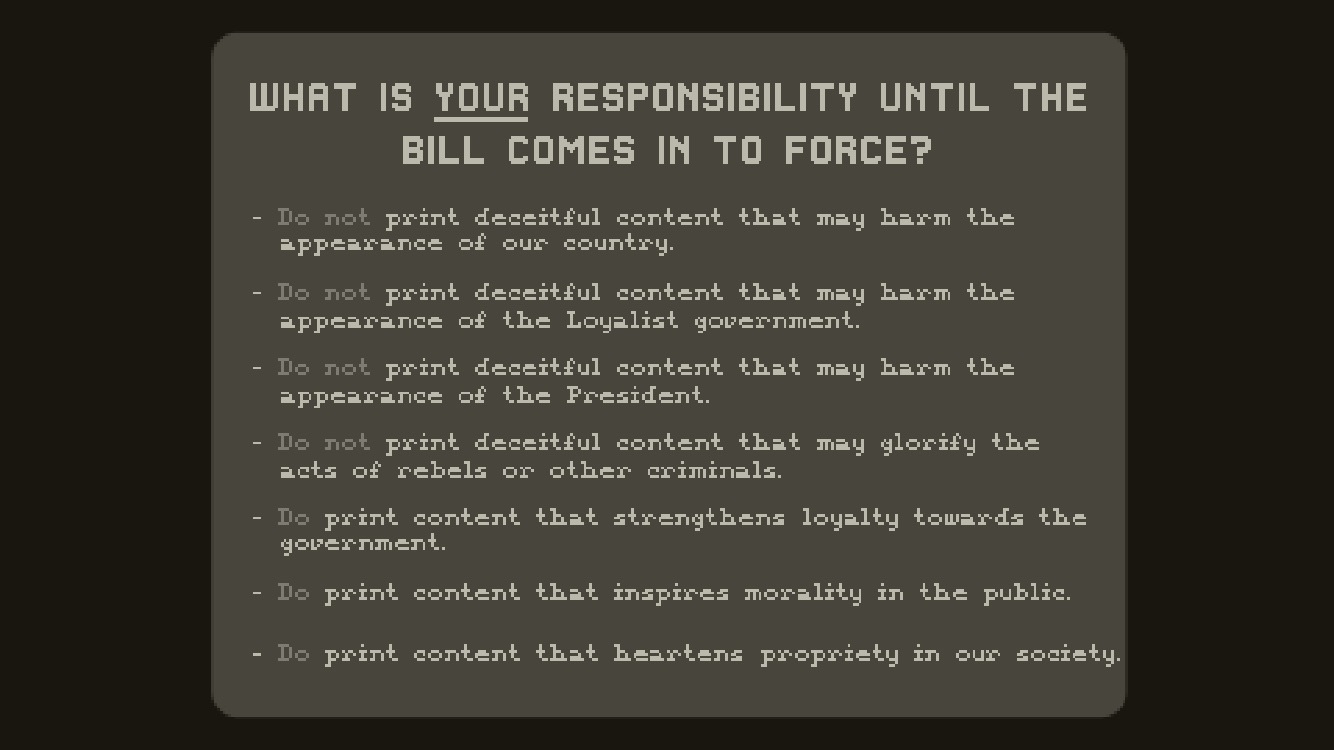 Figuring out what to cover and how to cover it can be a pretty intense balancing act. The four city districts each have their own particular news preferences, your writers all have different political viewpoints, and the government and rebels will be keeping an eye on you. While it might seem like an overblown concept, what you print really will start to have a profound effect on public opinions. This idea hit me the hardest as I started reading the epilogue for my first playthrough, with the more opulent districts buying into all the government propaganda and the working class areas rioting. Some of my writers’ endings weren’t exactly sunshine and roses, either. 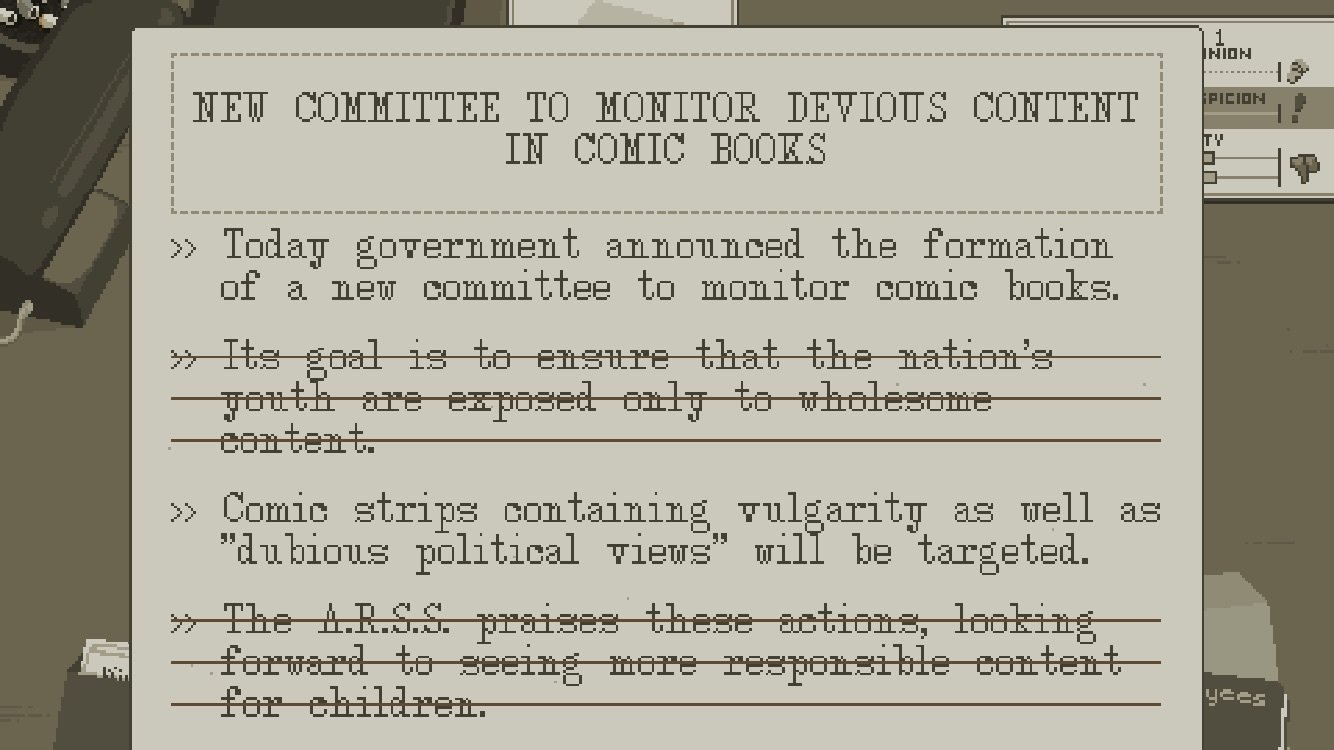 The former editor in me is both in love with and uncomfortable with The Westport Independent. I was constantly at odds with myself over what to do. I couldn’t bring myself to kowtow to government pandering, but I also didn’t want to put my writers in danger (some of them have families). Then a big business started threatening litigation because I was printing “lies” about them, which of course resulted in me pushing even harder to call them out. Until I realized that intentionally targeting them because of a personal vendetta wasn’t any better than using kid gloves on them. And that was all before one of my employees was arrested under suspicion of rebel ties. 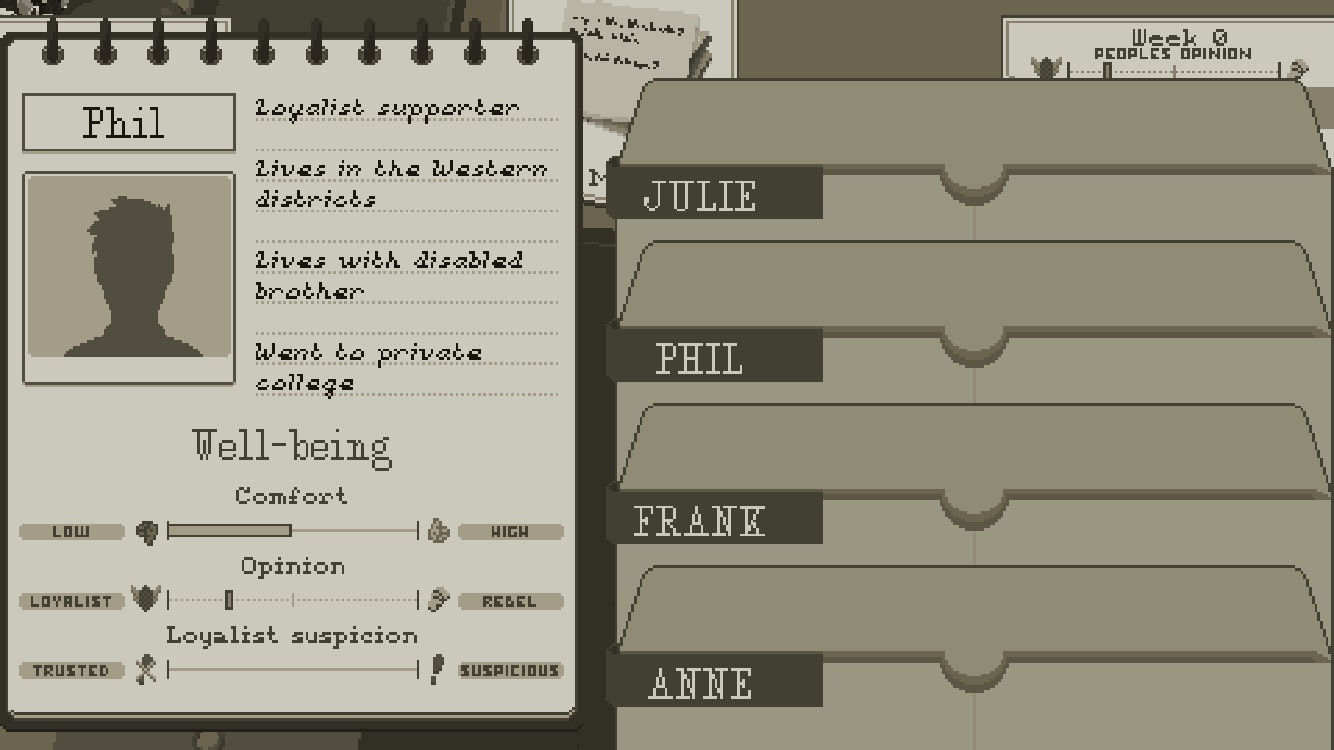 None of this is to say The Westport Independent is without its faults, of course. Aside from the technical problems I’ve had with the game crashing either while opening or during the fairly long and un-skippable ending sequence (I’ve been told that a fix is incoming), it also suffers a little from a lack of variety. I was under the impression that the appearance of news stories over the course of the game is somewhat random, and this is true, but even on the first real week of a new playthrough I was seeing a whole lot of repeats. This in itself wouldn’t be much of a complaint if the game weren’t so short. From start to finish – minus having to replay the ending several times due to crashes – it took me maybe an hour, an hour and a half, to complete. I don’t mind that it’s short as this is the sort of game that’s really meant to be played multiple times, but it could seriously benefit from a little less repetition. 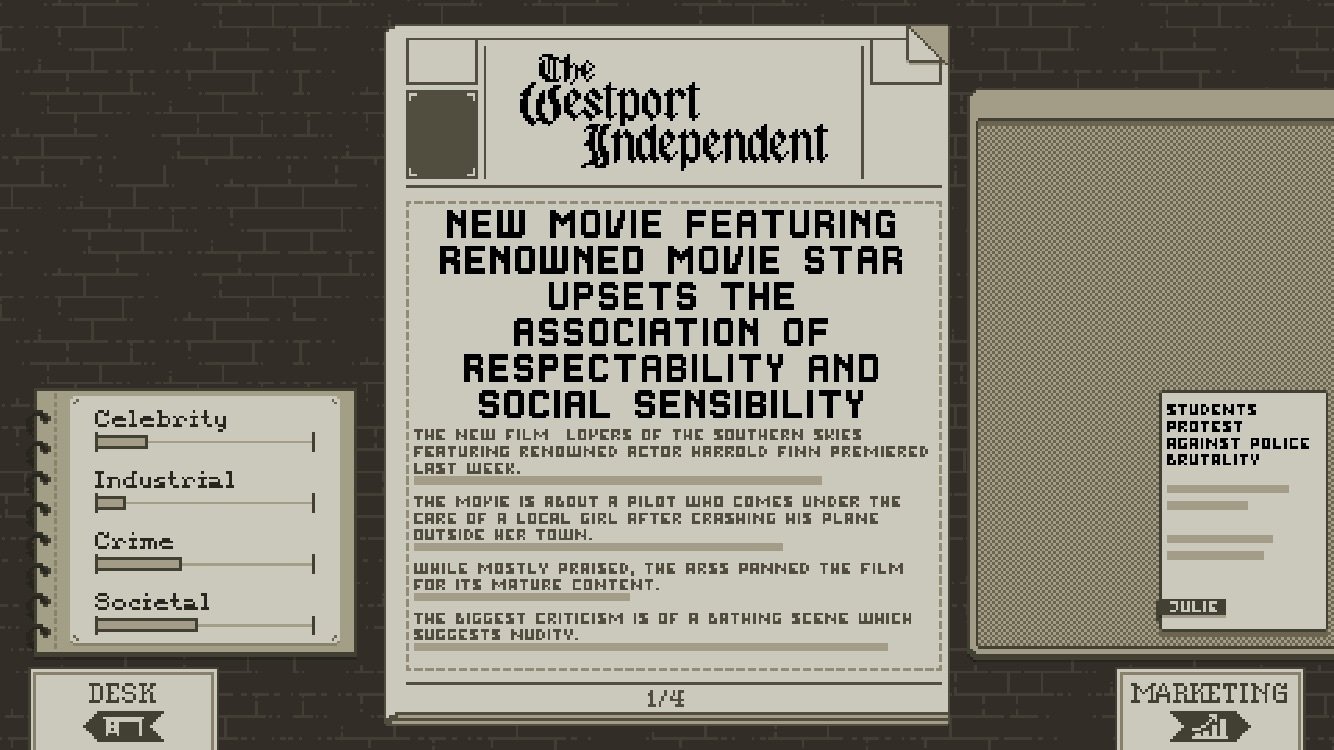 The Westport Independent is not Papers, Please. I know I’ve said this already, but it’s important enough to say it again — not just because of the somewhat similar nature, but because it does something entirely different. You’re the one with the power to influence the people to rise up in The Westport Independent, or trick them into following along – and neither result will be pretty or make you feel particularly good. But despite the short playtime and lack of variety, it’s something worth feeling either way.