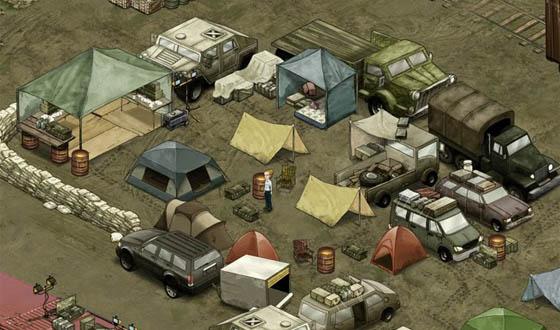 The Walking Dead Social Game has bite, but it’s as slow as a walker

You don’t have to spend much time with The Walking Dead Social Game to realize that there’s a lot of potential shambling about this tie-in. It all starts but moments after creating your character while you crouch behind a motorcycle alongside a police officer to avoid the gaze of a passing zombie. As the “walker” lumbers forward and you hit a command to strike it, an “x” swings like a pendulum over its head, and if you time it right, your bat comes thwacks the life out of it. That little bit of action alone already sets The Walking Dead apart from many of its peers, and pushed a little further, there might be something almost revolutionary here. It’s a pity, then, that developer RockYou make so many energy demands to perform the smallest action.

To be fair, this is after the apocalypse and energy isn’t as common as it used to be, but TWD Social Game plays doles out energy with all the stinginess of survivors who want to hog all the resources to themselves. Since The Walking Dead is turn-based, even moving from one spot to another costs some energy once you get beyond the camps where you pick missions, which means you could run out of energy within the first couple of minutes if you’re the exploring type. That extends, of course, to accepting the missions themselves, and the accumulation of energy demands getting you to shell out some bucks to continue playing. The restrictions do eventually relax a bit, but they’re always there, nipping at the back of your skull. If they weren’t so frequent, I’d happily say that they help recreate the desperation of the situation in which we find our characters.

Beyond that, though, The Walking Dead Social Game has plenty of good moments. There’s always a welcome sting of tension when a “danger” warning goes off once a walker sees you, and the gameplay benefits from using that meager pinch of energy to find a crouching spot before the walkers find you on their own turn. The quests themselves entail around the usual mix of attacking enemies and gathering supplies that usually characterize zombie games of any type, but the difference here is that The Walking Dead‘s “prequel” status allows fans some apparently canon insights into questions that remained unanswered  in the main storyline. This is where The Walking Dead Social Game has the potential to truly shine, and indeed, RockYou plans to unfold the story even further in the coming months. 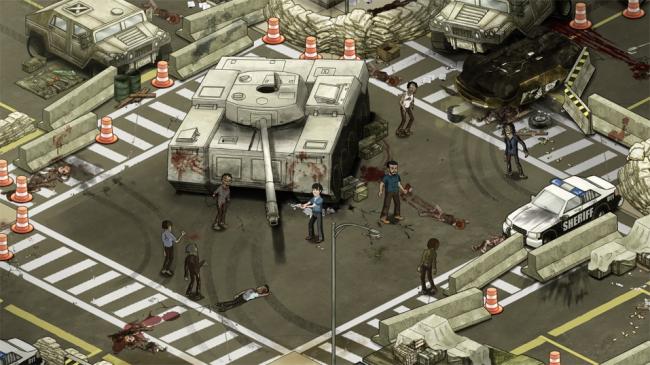 Yet after the gritty successes of the recent “episodes” of The Walking Dead released for consoles and the PC, it’s a little annoying that RockYou and AMC decided to go with the same cutesy cartoony aesthetic that you’ll find in virtually every other social game on Facebook. Here is a game that begs for the same stark visuals that made the graphic novel such a heat on its release, and yet, as it is The Walking Dead Social Game is but a few steps up from being Farmville with zombies. It’s probably still fun enough for fans of the series, but if you’re not overly attached to the franchise, it’s worth noting that ConArtist’s The Last Stand: Dead Zone also tackled the zombie apocalypse setting, and so far, with better results.