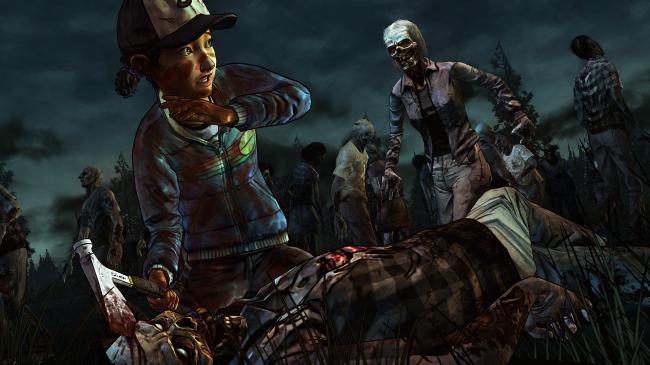 My biggest issue with The Walking Dead Season Two premiere was how similar it felt to the first season’s opener. Clementine started with a companion of sorts, encounters an emergency, meets some people, and then chooses to let one live or die. It had elements that set it apart from Lee Everett’s original story, but it largely seemed like Clementine was literally, not just figuratively, mimicking his legacy.

Now, between the second and third installments of season two, things have definitely diverged.

My description of the first episode mirrors the rest of the game’s first season. There was wandering around, getting into bad situations, but not a definite plot. The meandering felt more dramatic and less dramatized. It was a story of survivors simply surviving. The “plot” was Lee and Clem’s developing father/daughter relationship, not an external conflict.

We learned in the previous episode that that wouldn’t be the case this time. Telltale opted for a method more similar to the comics and TV show. It’s not a bad thing, necessarily, but it is different. The change isn’t helped by a small influx of clichéd dialogue. “You’ll get us all killed,” and “It’s probably for the best,” might not have stood out so much if the scenario the characters were referring to wasn’t so familiar from other post-apocalypse fiction.

The central antagonist hinted at in the first episode made his presence known in the second. Now, in the third, we get to know William Carver and the community this season’s survivors fled from.

That’s where it gets strange. Carver clearly lost some part of his humanity before Clementine’s interaction with him. He serves as a reflection of what she might become – a General Grievous to Clem’s Anakin – he even says as much. Like the Star Wars characters, however, the two have so little interaction it’s hard to make the connection. We never even learn the name of Carver’s town. 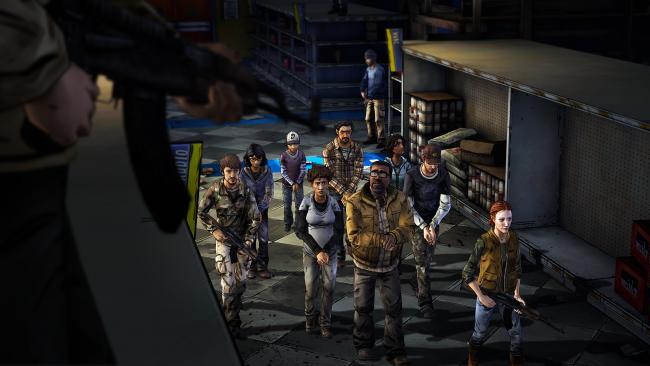 Based entirely on their interaction in the last episode (which, based on my choices anyway, saw the two reveal very little to one another) Carver admits to seeing Clementine as part of his legacy. Basically, he’s Evil Lee without five episodes of interaction to build the dynamic.

Without saying too much, it seems very unlikely Carver’s influence will be felt directly anymore. Despite the straightforward first half, Season Two seems ready to wander again.

I’d almost rather see Telltale stick to their current conflict – dropping it after three episodes seems like a waste. Of course, there will likely be consequences to the events of the latest episode. Tavia, Carver’s seeming second-in-command seems ripe to take a more active role. When was the last time you saw a slightly overweight black woman as the antagonist in anything, much less a video game?

Speaking of which, I quite liked the conclusion to 400 Days. We finally learn what happened to that chapter’s disparate characters, and it isn’t pretty. In many ways it works better at foreshadowing a darker Clementine than Carver, since we actually got to experience those characters firsthand. 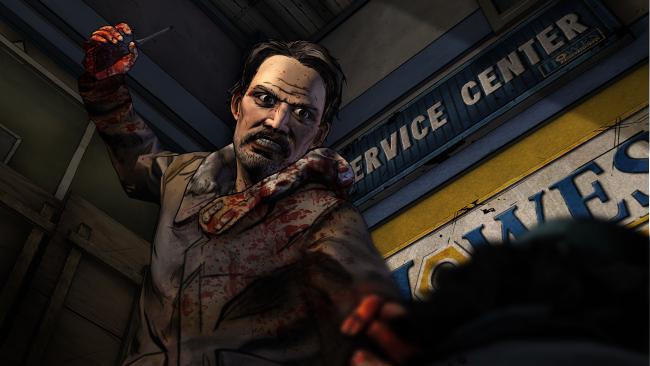 On a more specific note, I miss the subversive allusions to Clem’s potential. Holding the knowledge that one character was pregnant with someone other than her husband’s baby was a perfectly devious moment in the first episode. Episode Three attempts something similar, but involves violence against humans – something the developers don’t seem ready to let Clem engage in yet – and so relies on other characters’ power instead of hers.

Despite all that, Clementine remains a great character. She’s funny (something Lee rarely showed), smart, and brave, but not suicidally selfless. If she’s to remain that way believably for another two episodes, Season Two’s writers need to let her out from under the adult characters’ shadows.

The final decision of the third episode hints that that may be the case going forward, but we’ll have to wait and see. With more independence and more influence her darker (or at least more mature) side can grow. Telltale just needs to be willing to let go.