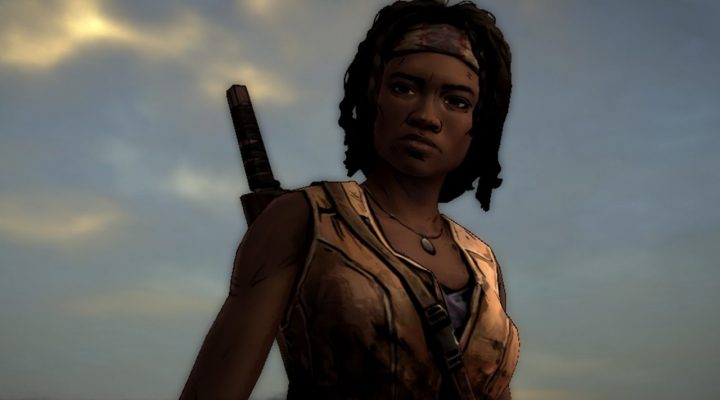 Fast decision making is as tense as ever.

Telltale Games’ fourth take on The Walking Dead franchise began this week with the release of The Walking Dead: Michonne. Starring the titular Michonne, the game takes place between issues #126 and #139 of the comic book. If you’re strictly a follower of The Walking Dead television series, the show hasn’t reached that point yet, and if you’ve been reading the comics as they have come out, you’ll recall Michonne’s departure from Rick and the gang in issue #126, back in 2014.

The Walking Dead: Michonne also stars many new characters who fans of both the show and the comics have never met before. Included in this assortment are Pete, the man who comes across a delusional Michonne early on in the game, as well as antagonistic Randall and his sister, Norma, the leaders of a rag-tag group of survivors who live in a community built on boats and barges. 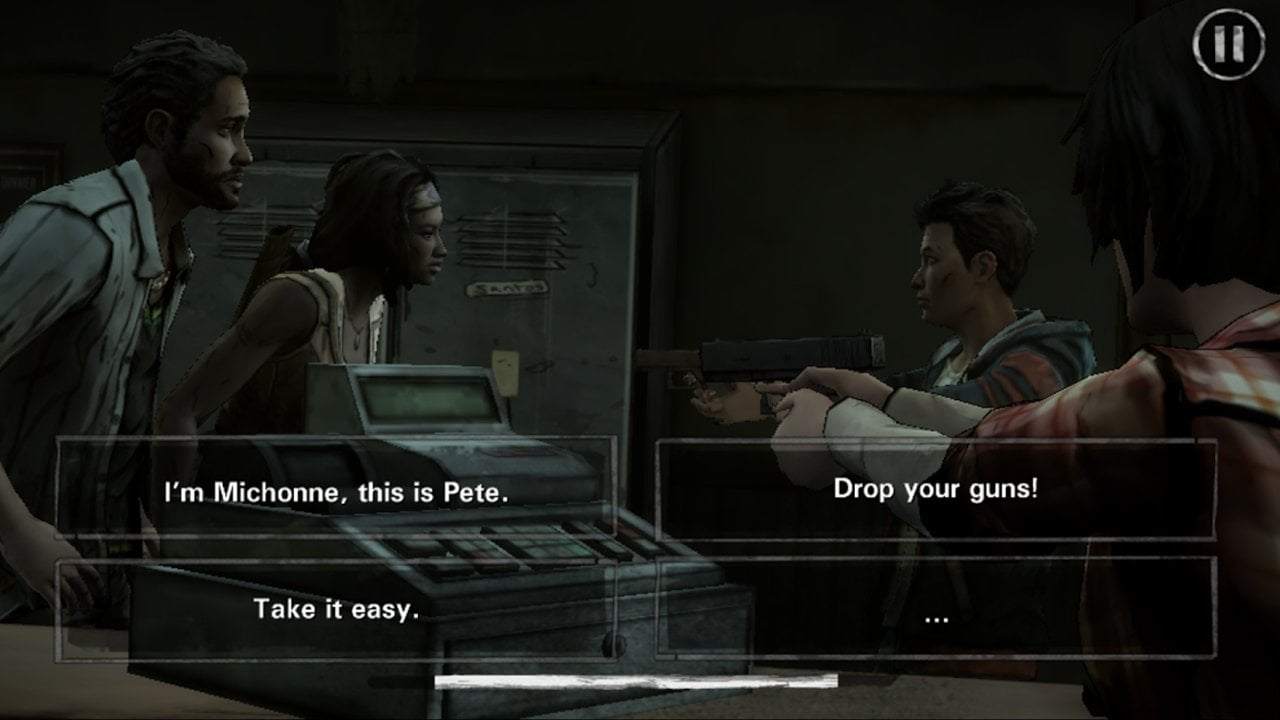 As the story of the game progresses players have to make conversational and the occasional action-based decisions that will alter the plot in different ways (as is Telltale tradition). Players have only a few seconds to make up their minds, so even though the game is largely a point-and-click (or in the case of the mobile version, point-and-tap) experience, solid tension is generated during the many decision-making moments. One example that stood out was a lightning-fast confrontation with two gun-wielding teenagers; my brain went into overdrive trying to calculate the best way to approach the situation.

Icing the tension-filled cake is the great voice acting that Telltale games are known for. Easily the highlight of the game is hearing the emotion through the character’s voices as they talk to one another.

Unfortunately, the great  tension and acting is held back by the game’s technical problems.

I was hopeful after Game of Thrones’ initial poor performance, with Tales from the Borderlands running quite well, that Telltale Games finally got their mobile formula balanced out. But if the day-one launch of The Walking Dead: Michonne showed me anything, it’s that Telltale still struggles with bringing their games to mobile devices.

On my iPad Mini 2, during combat scenes, the game would drop more frames than I was dropping zombies. I noticed the game even tries to compensate for the extra load of things moving faster than a standstill by reducing the game’s screen area. You can see what I mean in the screenshot above. On the left is a scene where I am free to just casually walk around and interact with things. On the right is an action-packed scene of me hacking apart zombies. Even with the reduced visuals, the game still stuttered around.

Beyond these nagging technical problems, my biggest issue with the game was that I simply did not care about what was happening. No one but Michonne is likeable; Pete comes close, but the game gave me no reason to care about him other than he happened to run into Michonne early on and saved her life. Even Michonne falls flat throughout the game, her tough-gal attitude restrains her to be a “walk softly and carry a big sword” character trope, which limits the conversation options between awkward silences and weak attempts at letting a personality through.

With around a dozen new characters in the game, you’d think one would stick. Even in the super-grim Game of Thrones, there were plenty of characters to root for. Yet, by the conclusion of the first episode of Michonne, I found myself completely void of emotions amidst the episode’s bloody conclusion. Because we all know Michonne comes back in the comics, she is never going to be in any true danger in this series, so I was left with trying to care about a bunch of characters that I just did not like.

With two more episodes to go, I’m hopeful that Telltale will be able to iron out the technical issues, and that the following two episodes come with a healthy dose of character development.

Futurama: Game of Drones Review – The Drones You’re Looking For