Home / Reviews / The Walking Dead: Episode 4 – Around Every Corner Review 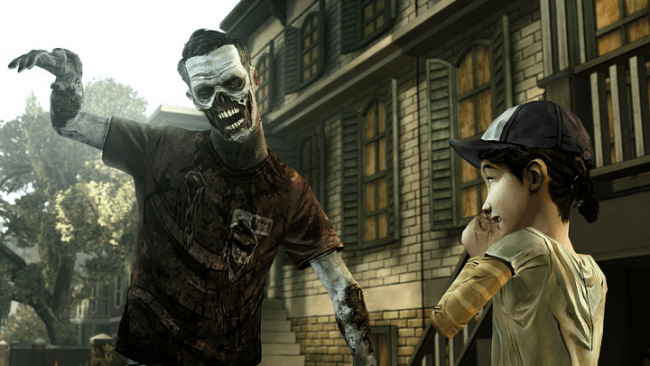 Man is the real monster. Well, and zombies.

I… I’m writing this as a broken man. I’ve always done my best to give everyone a fair shake; to always do what I thought was best. I was never selfish, and without fail put myself in harm’s way to protect others. But I reached a breaking point I didn’t even know I had, and not by just a little bit, either. Now I’m here trying to put the shattered pieces back together after saying and doing things I can’t take back, and this blood just won’t wash off my hands so easily anymore.

In my reviews of the previous episodes of The Walking Dead, I’ve had something of an escalating love for the game. The first one showed real potential but had a few flaws I found tough to overcome. Episodes 2 and 3, however, were practically pitch perfect and started to get me to give the game some serious Game of the Year consideration. And while I really enjoyed Episode 4, I think it fell off a bit compared to the impact the last two had. Perhaps I’m now expecting things to go poorly for our little group, or I know that Telltale Games is willing to take the story into the dark areas that the comic did. Which is not to say Episode 4 isn’t any good. The story was compelling and moved the main arc forward in some truly troubling and fantastic ways.

My advice for the previous games continues unabated here. These episodes are at their best when played through in one sitting, and REALLY should not be broken into little pieces. There’s some good and honest writing here, with ups and downs paced very well throughout the episode. Let the writers decide when you take a break in the action, rather than frequently saving the game and walking away. You’re better served to wait to play the episode until you can do it in one shot.

In that regard, Episode 4 is going to ask a bit more of you, since up until now the first 3 episodes have taken me about 2 hours each, and the new one took me a little over 2 and a half. It covered a lot of ground, albeit with some excess fluff that probably belonged on the cutting room floor.

But those moments that drag on a bit too long are few and far between, and don’t ruin the story in any way. Matter of fact, I walked away from my computer devastated with what happened (I feel like I say that every time but it’s really true). I had some real moments of desperation here, where I made rash decisions that were so unlike how I’ve played the character previously. The edges of protagonist Lee’s morality is fraying… and to be quite honest, I feel like I’m running out of time and patience. I felt a real pull to go back and replay the episode to make different decisions afterwards, but I won’t do it. This is my story, and I’m going sleep in the bed I’ve made. 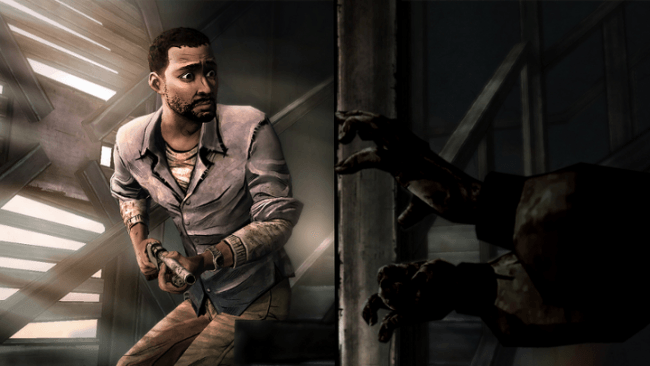 I’m being very careful in the spoiler department here because I want the episode to feel like a fresh and genuine experience for everyone. I was amazed by how many potential outcomes it looks like the game is going to have, and I only hope that truly pays off in the next episode. Though to be honest, it won’t hurt my feelings about the overall experience. Throughout the whole game I’ve felt like I’m in complete control of the plot, with the choices I’m making directly affecting the narrative. All other potential outcomes or situations in other players’ games just feel like some non-canon nonsense to me.

The best praise for The Walking Dead: Around Every Corner I can think to give is this: For the past few months my wife and I have been involved in buying and fixing up a very old house. Every night after work we come home and tackle projects until we collapse with exhaustion — same on weekends. As such, my game playing has dropped to next to nothing, outside of some brief time with iOS games before falling asleep. Games I’ve been dying to play have been gathering dust, but I still made time to sit down and play The Walking Dead: Around Every Corner. I had to, and I didn’t regret it.