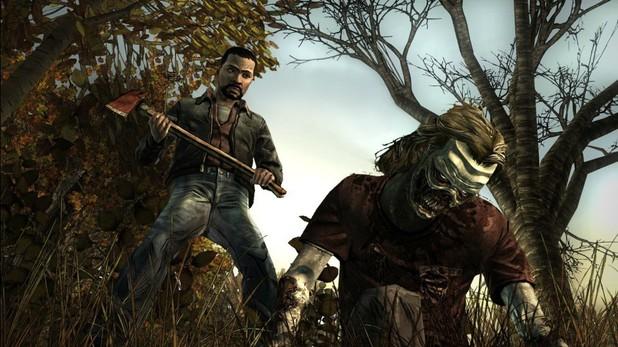 After playing through The Walking Dead: Episode 2 – Starved for Help I can confidently say this is Telltale’s best effort to date in telling a story. There’s a quality to the pacing of the adventure that makes it feel more like an interactive show or movie than a game. At one point while playing it last night my wife looked up from her book to ask me what show I was watching because it sounded good. Needless to say, she was impressed when I told her it was a game.

Much like the comic and TV show of the same name, there are moments of intense action spread out with slower character building scenes in between. The really satisfying thing about playing through Episode 2 is how well balanced the two sides of that coin are, and how well they compliment each other.

The slower scenes typically play out with you walking around and interacting with the environment or talking to people, giving you a chance to develop the characters in your group. For instance, in one scene early on you are put in charge of distributing food and must choose who gets what. The problem is that there are four pieces of food and ten people to serve. Each person has their own needs and agenda, but at the end of the day there’s just not enough to go around. Should the kids get it? Or should the man who needs to keep up his strength for keeping the fence secure. In the end your choices matter and people remember.

But in a zombie-filled world, not everything that happens gets to be so quiet and contemplative. The second you let your guard down, someone or something is going to be there to take advantage of it. Episode 2 sees a drop in the amount of zombie attacks you need to deal with, but ups the amount of confrontations with your fellow man. It feels like a quality step forward in the story. Episode 1 saw the outbreak of the zombies and the immediate danger in dealing with them and finding a secure place to hold up. Episode 2 reminds us that it’s not just the monsters that can pose a lethal threat.

Some of your choices directly impact who lives and dies. Other times it’s merely dialogue options you choose. Characters will remember that you sided against them, or they you had their back when an argument broke out. One of the elements I really like about the series is that saying nothing is also an option, wait too long to choose one of the responses and the scene continues with you just being silent.

The compelling part about the choices is that it doesn’t feel like a gimmick. The choices you make and the dialogue you choose can have real ramifications, both immediate and long term. Some of the decisions I made in Episode 1 affected options and characters in Episode 2. I’d argue Telltale did a better job of making these decisions matter than Bioware did with the Mass Effect series, which is quite a feat.

Like Episode 1, I played through Episode 2 in just about 2 hours. Like last time, I also played through it in one sitting. I’d chalk that up to how compelling it was, and how I always just wanted to find out what happens next. This is a truly enjoyable tale being told. 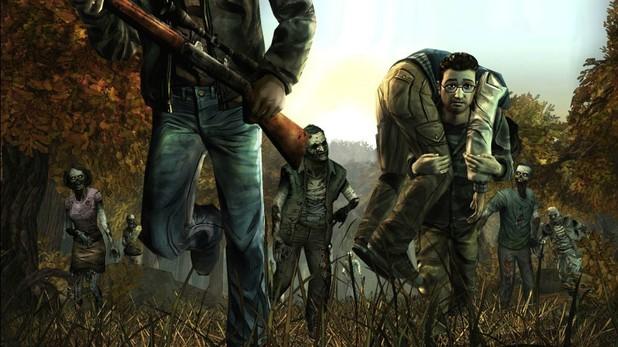 The whole package and production is top notch. I love the “Previously on The Walking Dead” reel that starts the episode, reminding you like a TV show of what you went through before. Likewise, at the end of the adventure you get a “Next Time” teaser showing scenes from the next episode and calling back to those turning point choices you made.

If you haven’t played The Walking Dead yet, it’s not too late to get in on this fantastic game. With The Walking Dead: Episode 2 – Starved for Help, we can safely put aside the notion that Episode 1 was a fluke. This is shaping up to be a terrific series, and even having just finished it I can’t wait for Episode 3 to launch. If you’re a fan of the comic, the show, zombies in general, adventure games or just excellent stories… do yourself a favor and pick this one up.