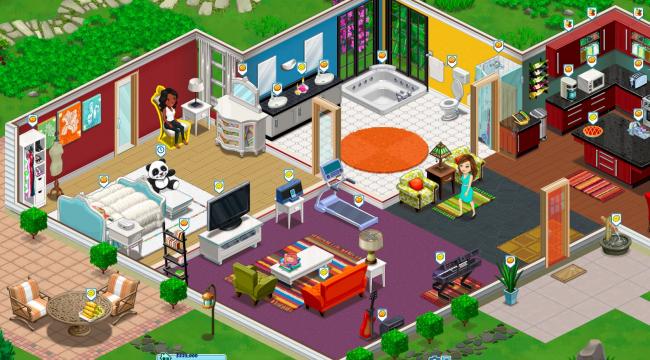 If you want to live online, The Ville is there for you… but so is The Sims Social

Have you ever wondered what it’d be like to have a big-eyed, small-bodied Zynga character as a neighbor? How would that work out, really? “Hey dude. Um, can I borrow your American bulldog?—No, no, she has to be red for this to work—ah, never mind. Thanks anyway.”

Well, wonder no more (and don’t feed me any lies about how you never wondered in the first place): The Ville by Zynga is a semi-decent Facebook game that combines the life simulation genre with surprisingly unobtrusive social options. Problem is, The Ville still takes some cues from The Sims, and is completely unapologetic about it. Even though the game does offer a few unique ideas, the moments wherein Zynga does rip-off EA/Maxis wholesale are as obvious (and unattractive) as a centipede with sixty-one legs. It’s hard to play The Ville without feeling some wholesale deja vu.

The premise for The Ville is pretty familiar. You move into the neighborhood as a youngster who’s full of dreams and ambitions, and who hasn’t yet had his or her spirits crushed by the weight of the world. You immediately erect a house, get some starter furniture, and in no time at all, neighbors start visiting to root around in your business. Some show you the ropes and help you move around the game, while others issue quests that likewise help you learn how to be awesome at life.

Your main goal in The Ville is to be happy. Literally. Your “Happiness” meter fills up when you interact with friends, eat, sleep, watch TV, or just settle back and enjoy yourself. In turn, your happiness is what drives your work ethic and helps you land lucrative jobs. Jobs, of course, are what land you that sweet, sweet coin. Coins are used to let you expand your house and buy more stuff to decorate it. It’s the circle of diversionary consumerism on the road to your grave, Simba.

Incidentally, you can also earn money for using the toilet. Dang. Forget virtual reality, when we talk about bringing games closer to reality, that is what we need to strive for.

If you keep a decent house, you can attract lots of neighbors to hang out with. Connecting with your pals also offers you the chance to become friends, and, er, more than friends.

Being a Facebook game, The Ville encourages you to interact with your Facebook friends’ avatars—though you can make nice with neighbors who aren’t Facebook friends, which makes The Ville an easy game to play even if you just want to go at it solo. If you do decide to pal up with your Facebook acquaintances, you can use an in-game chat system called “Z-Talk” to keep your game-related status updates between the two of you. Z-Talk should definitely be a welcome addition for players who don’t want to pollute their feeds with news along the lines of, “Hey, guess what (and whom) I did in The Ville?”

Overall, though, there’s not much to say: The Ville is a pretty uncomplicated game. Finding happiness in your home takes priority over tending to your Sims’ specific biological needs. If you find The Sims a little intimidating to play for this reason, then you’ll enjoy the comparative simplicity of The Ville. 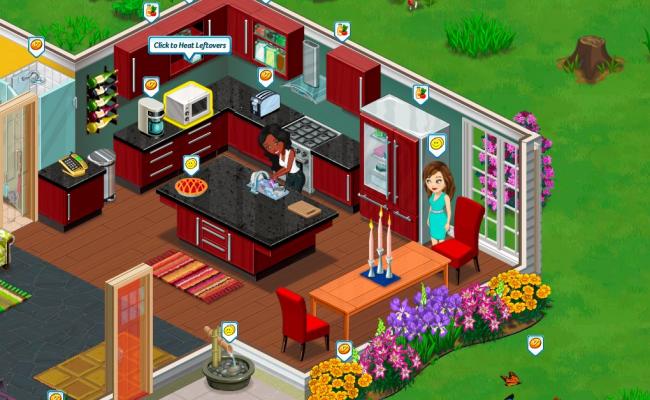 But The Ville might be hard for fans of The Sims to swallow, because every trait that has made The Sims iconic has been rehashed by Zynga. Characters in The Ville communicate via pictographs and a garbled language. Even their bodily gestures are eerily similar to what you find in The Sims.

The Ville is a paint-by-numbers life sim that offers some interesting social elements. If you have no experience with The Sims or The Sims Social, it’s not a bad jumping-off point for your very first attempt at living through an alternate reality in a virtual realm. Hey, everyone’s gotta try it once, right?