The Torment of Whitewall Review 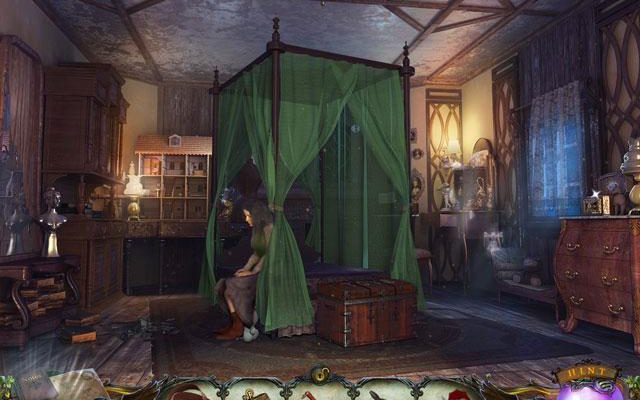 The torment extends beyond the title

If you were asked to take the last inbound ferry to an isolated island village where a mysterious monster keeps appearing at night to whisk away victims to an unknown, assumedly grizzly fate, you’d probably have some reservations, right? Well, one can only assume the townsfolk pay handsomely, because that is exactly what the protagonist of The Torment of Whitewall decides to do. Sadly, for both you and our hero, it may have been better to simply remain uninvolved.

The storyline sees you, the detective, traveling to the island village of Whitewall. Here, you are tasked with investigating the mysterious disappearance of young women in the village, one of which recently escaped her capture and serves as the jumping off point of your investigation. You meet a young boy right off the bat who aids you throughout your journey. Tracking the large, shadowy figure perpetrating these crimes, you come across several townsfolk who offer (usually cryptic) help in your investigation, either by offering object-based puzzles that award information or items to use in-game upon completion. 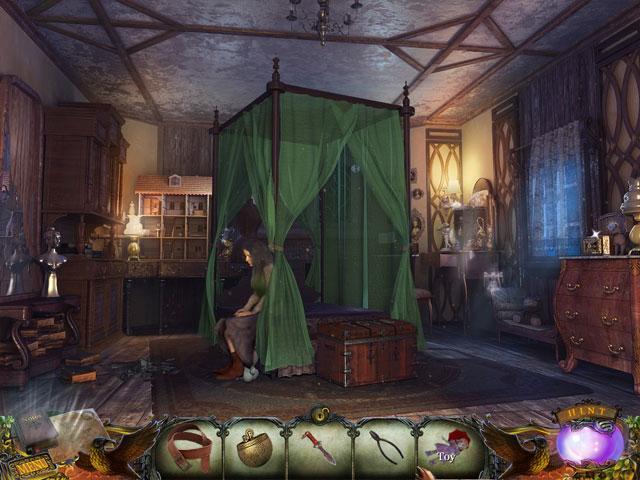 Graphically, the game is an odd mix of 2D backgrounds and 3D rendered characters. While the various locales offer a basic, serviceable fare of old, musty stonewall village scenery complete with creaky, wooden-bound homes, the character models don’t hold up quite as well. These 3D animations are superimposed upon the 2D landscapes, and when rendered, come across as grainy and out of place. During isolated cut-scenes, these characters appear a bit more crisp. But their frequent appearances throughout your exploration of Whitewall are a bit of an eyesore. They do help to lend a level of creepiness to the game, however, that is mostly due to the “uncanny valley” effect they achieve.

Gameplay consists mostly of navigating areas on the map, and hovering your cursor over different parts of the screen until it reveals an action to perform. A magnifying glass denotes an area to zoom in on, revealing either items to grab or basic puzzles to solve, while an arrow means you’ve found a path to a new locale. If a puzzle piece appears on the cursor, that means an item is needed to advance. Moving the cursor to the bottom of the screen allows you to click back a scene, but go too far down and your inventory pops up. This mistake can occur frequently, causing you to accidentally grab an item when you are trying to backtrack. Since this is an action you’ll be dong a fair amount, it would have been best for the inventory to just remain visible at all times.

Hidden-object puzzles make up the bulk of the game, and finding them isn’t very tough, as the game will create a misty haze over areas that contain piles of items to locate and collect. During these segments, certain items are listed as red, meaning that they’ll take two steps to uncover. Sometimes, this means using a random item lying around to complete an action, like wiping a painting clean with a rag to reveal a portrait. Many times, though, the two-step process is painfully easy, having you complete base actions like clicking a box to open it and reveal the collectable jewelry inside. These overly simplistic puzzles present a bit of a missed opportunity, as the more cryptic process of combining items helps to liven up the HOS puzzles, which are a bit too easy to begin with. Sadly, the majority of these puzzles lack any depth, offering little to think about as you click away at the listed objects. 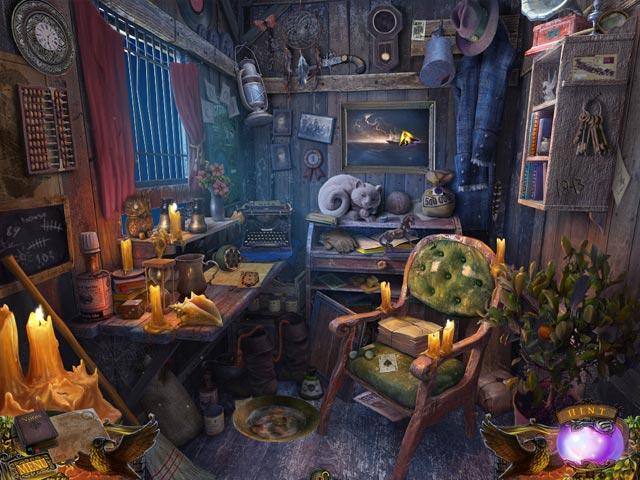 There is, however, a periodic spike in difficulty during these object-collecting segments, but the challenge doesn’t come from well-hidden items. Instead, frustration arises from the small hit-boxes certain items carry, meaning you’ll click a segment of an object and still not acquire it. This happens often enough to become aggravating, as you’ll sometimes click the wrong items multiple times just to ensure you aren’t merely missing their sweet spot. One example comes in an early puzzle, where you are asked to collect a paperback. A few small books are seen lying on a desk, but try to click on them and you’ll come up dry. You end up clicking these items multiple times just to ensure you’re not merely missing the hit box. In this case, you were supposed to ignore the books, instead choosing a stack of paper to collect the “paperback” item. Instances like this may strive to be tricky, but just come across as plain annoying.

To help break up the time spent between hidden object puzzles, the game is peppered with light adventure mechanics, as you acquire items that must be used in different scenarios to advance the story or unlock more goods. However, while this could have served to add some depth to the gameplay, it feels more like the game is just going through the paces. While many HOGs use adventure mechanics to good effect, having you think back to areas items could be used or combine multiple items to solve situational puzzles, such instances are a rare occurrence here. Usually, key items are used either in the room they’re found in or within a few nearby screens. Not much thinking needed there.

If you do have trouble advancing in the game, there are a liberal amount of hints available. A hint meter will fill over time at different speeds depending on the level of difficulty you choose. For those truly lost, you can refer to the included “strategy guide,” which actually relays little strategy, showing you exactly what to click for every single screen of the game. 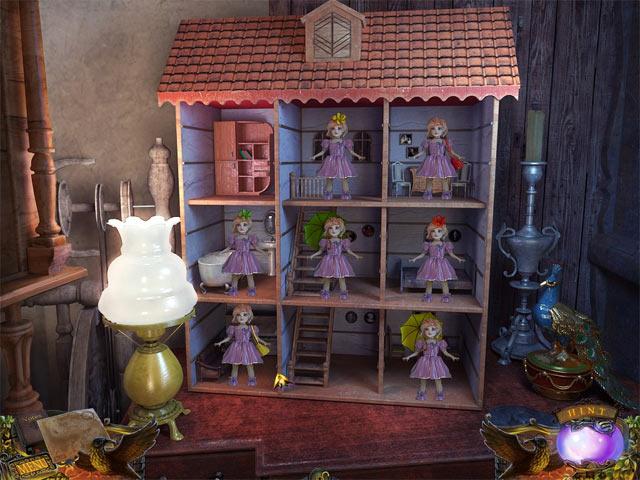 The soundtrack to the game is pretty well done, if not a bit repetitive. The options allow you to adjust the levels of music, sounds and voice to your liking, helping you strike a pleasing auditory balance. The game makes a good use of ambient sound, with fires crackling and noise filling certain street scenes. Voice-overs are also used throughout, which help to breathe some life into the rather stiff character models.

With only three chapters to complete, and a bonus chapter in the collector’s edition, The Torment of Whitewall doesn’t offer much content compared to similar hidden object games that reside within the same price range. While it starts off well enough, the pacing quickly falls off, and the all-too-easy hidden-object puzzles and simple adventure mechanics do little to keep you engaged. The sound, music and voice-overs offer a saving grace, but the grainy visuals and janky character models don’t pair with them all too well. For the quality and amount of content on offer, you may want to consider spending your cash on some of the better HOGs Big Fish Games has to offer.