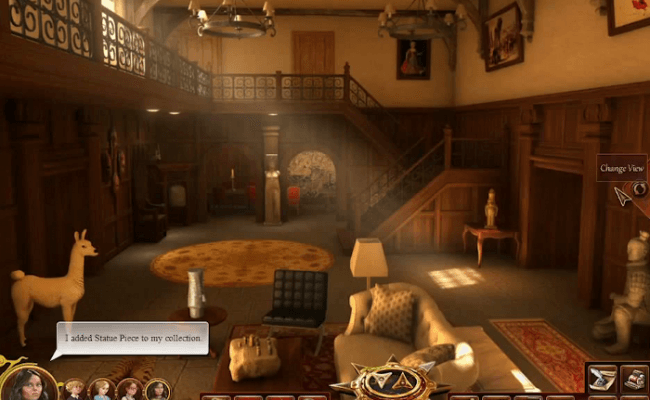 An ancient house and a group of strangers brought together under mysterious circumstances: that’s the set-up for any number of horror movies, but it’s also the backdrop for something less sinister and more intellectually stimulating in The Time Tribe. This free-to-play, point-and-click adventure is suitable for all but the youngest gamers, and it uses a variety of means to tell a pretty engrossing story.

Your introduction to The Time Tribe comes in the form of comic book-style visuals paired with a voiceover and musical score. It sets the scene nicely, as a group of four children are gathered at an old mansion. Something there is not what it seems, and it’s not the owl. That’s a Twin Peaks joke, for anyone old enough to get it.

Actually, quite a few things are not as they appear in the keep, starting with an elevator that has many more buttons than it should for a five-story building. It pays to explore anything, which is why the throwback point-and-click interface works so well. You simply click on people to talk to them, on items to examine them more closely, and so on. Everything has a default interaction, but you can switch actions with buttons at the bottom of the screen if you want to try something out of the ordinary.

I won’t spoil the story in this review since watching it unfold before you is a big part of the game’s raison d’etre, but moving it forward involves completing quests given to you by the NPCs. All of the dialogue is fully voice acted, though reading is necessary to choose between the different responses you can give, and for understanding the quest objectives. That puts the sweet spot for the game’s demographic in the 8-12 range.

Many of the quests require solving a puzzle of some sort. In classic adventure game fashion, you have an inventory that can hold a number of useful items. After the first few quests, you’ll be able to switch between all four children to make use of their own unique special abilities. The game even remembers where you put them, so if you move Will to the Entrance Hall, he’ll still be there if you swap to Lewis, and talking to him might even give you a hint as to what to do next.

The other significant gameplay elements are mini-games that are unlocked as you progress. They come in various popular genres (the first one is match-3, arguably the most popular mini-game there is), and generally test both your reflexes and wits. Though they have specific purposes when you first encounter them, you can revisit the mini-games at will to go for higher scores and better rewards. 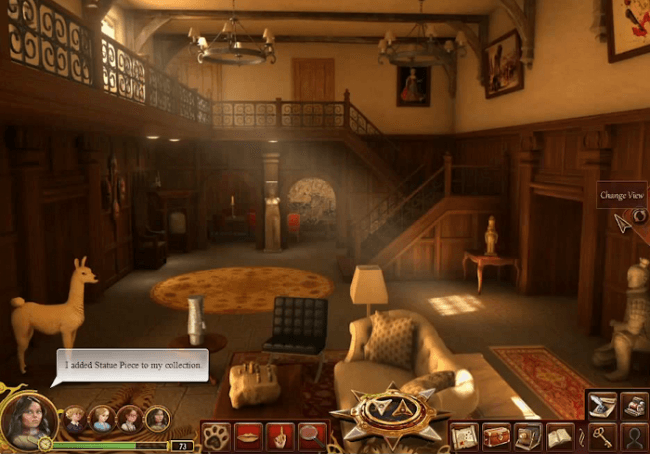 Those rewards are paid out in Prestige, which can level up the characters, and Gilders, the game’s soft currency. The keep has a gift shop (because what keep doesn’t?) where Gilders can be spent on cosmetic items, which can be placed in a special chamber that is yours to customize as you see fit. A profile page helps you keep tabs on everything, including high scores, stats and links to the profiles of any friends you have playing the game.

There’s only one small downside to all of this, which is the use of Chronos to restrict how much you can do in one session. I rant all the time about energy mechanics in today’s free-to-play games, but this one is especially frustrating because it causes the game to be strangely paced. Some quests use a lot of Chronos to start, and others may intertwine with them. Early on it feels like you are zooming through the story, but as you progress, you’ll find yourself running low on Chronos and forced to take more breaks until they refill over time.

You have multiple options if you want to avoid this. The hard currency is called Ingots, and can be purchased a la carte to speed up or access certain content, as well as power-ups for the characters and even donations to real-life charities. There are also two levels of monthly subscription packages: the first unlocks all quests, grants several exclusive virtual items and gives you 75 Ingots each month, while the second adds a physical content package that is mailed to your home, adds even more virtual goodies and kicks it up to 150 Ingots. 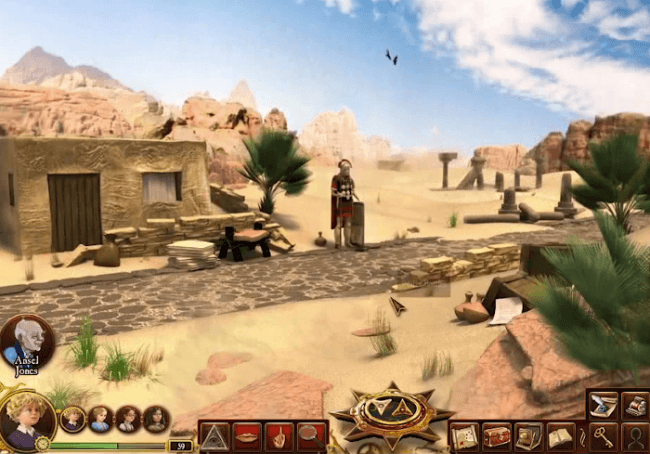 Helping make the decision harder is the fact that the game really does draw you in, particularly with its visual and audio presentation. The graphics are richly detailed, which is important for a puzzle-solving adventure of this type, and the score sets just the right tone of mystery. The cost for those production values comes in the form of loading screens every time you switch locations, but it’s ultimately a small price to pay.

I can see plenty of parents having a “They don’t make games like this any more” reaction to The Time Tribe, but in reality, there were never that many games as refreshingly outside of the norm as this one. If you’re looking for a smart alternative to the usual fare for your pre-teen, you just found it.