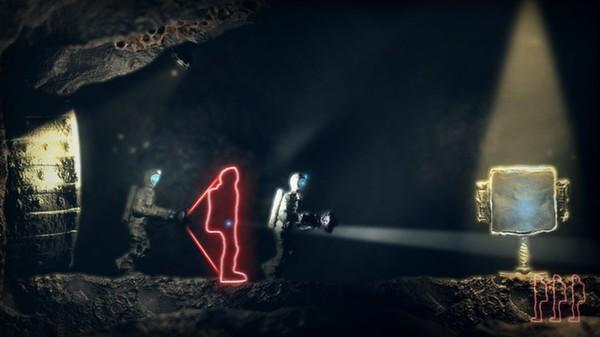 Meet The Swapper: your next favorite indie puzzle-platformer.

I’ve been known to indulge in the occasional indie puzzle-platformer or five, so The Swapper looked right up my street. Turns out I wasn’t wrong either – while the underlying concept of using clones to solve puzzles made for multiple people isn’t exactly unique, the gorgeous art design coupled with the distilled rooms of puzzling glory make for an experience that sticks with you for days to come.

In the game, you play as a spaceman who discovers a strange device called “the Swapper” on a distant, mysterious colony. Not only can this device create copies of the protagonist (each of which moves in exactly the same way that he does), but it can also enable him to swap bodies with any one of the clones, essentially allowing him to reach areas that he couldn’t before.

The idea is that by creating clones to help him out, the spaceman can be in multiple places at once. One clone might be positioned to stand on a button, while another clone runs through an open door and pulls a lever, allowing a clear path for a final clone to grab the all-important orb. This is what you’re here for – the orbs – and each of The Swapper‘s rooms has one buried away inside it behind a wall of puzzling goodness.

The Swapper doesn’t try to meld puzzles together, or pretend to be something that it’s not. You’re provided with an “overworld” area, and dozens of puzzle rooms sprawl from this world, each one marked as a door on the highly useful map. By separating and distilling the puzzles, The Swapper becomes clearly-marked challenge after challenge, and is all the better for it.

The puzzles become more intense throughout play. Lights are introduced which mess with the Swapper gun’s abilities, while a limit to the number of clones you can create means you really need to think about where and when to use them (and how you’re going to kill them mid-puzzle). Additional elements are added later on to spice things up and keep the action fresh. 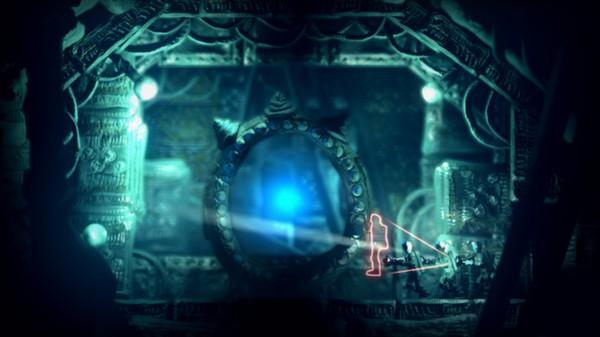 Many of The Swapper‘s puzzles rely on timing and precision. When you click and hold to create a clone, the game slows down to a crawl to allow you to position it correctly, even if this means firing through the tiniest of gaps, or at the splittiest of seconds. It gets extremely tricky towards the latter half of the game.

The Swapper‘s art style is most definitely notable too. Everything in the game is made out of real-life clay models and other oddball materials, giving the experience an added sense of personality. Factor in the dense atmospheric soundtrack, and you’ve got yourself a winner.

While The Swapper doesn’t have any notable faults, there are little niggles that chip away relentlessly. The puzzles themselves are great, as previously mentioned, but they are rarely fantastic or awe-inspiring. I didn’t once find myself thinking “wow, that was incredible” as I often do with indie puzzlers of late. It reminds me very much of Offspring Fling – another platform puzzler that was great, but didn’t completely manage to find that perfect sweet spot.

One of the main problems appears to be the fact that there aren’t really that many possible solutions, given the simplicity of the underlying concept. Hence, even if you find yourself without the answer to a puzzle, you can usually brute force the solution within a minute or two through simple trial and error. This often takes the wind out of the game’s sails. 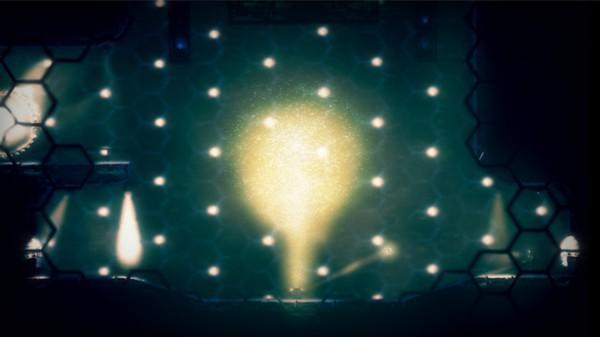 The “overworld” areas – that is, the areas that connect the puzzle rooms together – are regularly bland and void of anything interesting to see or do. There’s even an entire section where you’re simply jumping through random portals over and over again until you manage to make it out of the portal maze, which obviously isn’t a great deal of fun.

Finally, The Swapper’s story isn’t as entertaining as I was hoping. While there are certain elements that invite the player to ponder why they are here and what happened before they arrived, others – such as the rocks that spout terse, yawn-inducing “hints” – aren’t so exciting. I eventually stopped even hunting these rocks down, as I couldn’t be bothered to read what they had to say.

The Swapper is yet another great indie puzzle-platformer to add to your ever-expanding collection then, and is the sort of game worth investing your time and energy in.