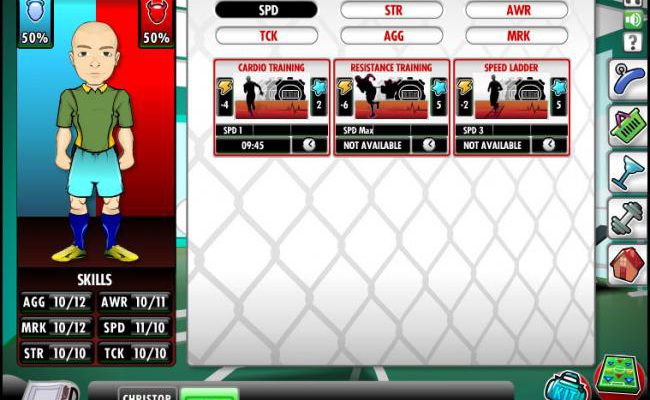 Morality and soccer mix in The Sun: Football Legends

When a game has a good idea, it can be quite the refreshing experience. Unfortunately these ideas aren’t always executed well. This is the case with the soccer management title The Sun: Football Legends. A game centered around progressing individual soccer players, as opposed to a whole team, it attempts to mix moral choices with mini-games of the sport itself, yet offers little cohesion between the two. Containing minimal user feedback and poor instruction, the app feels more like an amalgamation of random features rather than a complete game.

Football Legends puts you in control of a single soccer “legend” of your own making, with more slots available as you level up. Generally speaking, the whole objective is to level the character up through various soccer matches. That said, these aren’t exactly real games, but rather a compilation of randomly selected mini-games that tailor to critical moments that typically occur in a standard soccer match (e.g. a free kick). 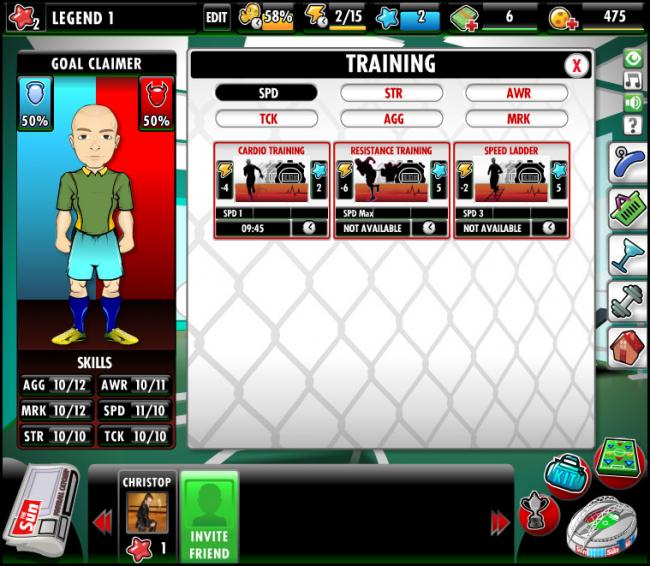 The mini-games themselves are rather bland though and consist of things like clicking as fast as you can or timing a click when a soccer ball passes through a red and green bar. The latter works sort of like a power meter in most games, meaning that clicking while the ball is in the green will garner the most positive result. However, where most games bounce the ball back and forth to allow you to get the timing, Football Legends decides it’s better to simply launch the ball at an absurd speed once (no bouncing) and expect the player to nail it the first time. Thankfully, these games can be done automatically, taking player statistics — such as speed and power — into consideration.

Unfortunately, there are several stats that can be affected (and boosted upon leveling up), but all are abbreviated and the user is never made aware of their affects. There isn’t even so much as mouse roll-over text. Additionally, this same issue plays into game “tactics,” like slide tackling, that are selected before each gamut of mini-games.

As you play and win, coin and confidence are earned with the second affecting a legend’s performance. That in mind, performance can be boosted outside the games themselves with Football Legends‘ other primary game feature, The Sun newspaper. Here, you are capable of going on social jaunts such as parties or meet-ups with mystery women. However, upon doing so, The Sun newspaper will publish a story on the matter and after a period of time has passed, you must opt for one of three choices that can boost confidence and alter a legend’s morality positively or negatively. 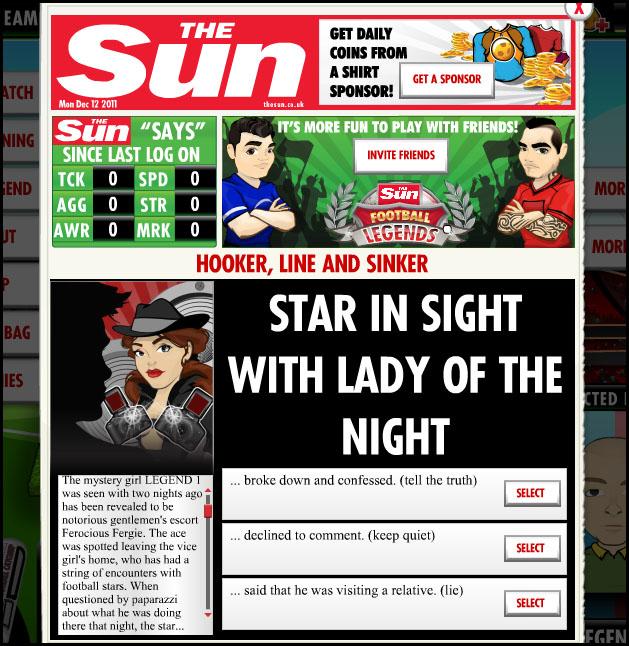 The problem is that other than confidence being augmented, there really isn’t much of a noticeable connection to the rest of the game, and any clear effect from morality is ambiguous at best. The stories written in The Sun are amusing from time to time, but the task ultimately feels pointless in its current form.

Aside from playing with the tabloids, you are also able to shop for some new threads that alter the appearance and stats of your legend, with more options unlocking with each new level earned. There is also a gym from which certain stats can also be trained, for a bit of coin, over a period of time.

Ultimately, The Sun: Football Legends is a game one wants to like as the concept of moral choice always seems promising. Sadly, the effects are almost pointless, affecting little of the gameplay. Moreover, much of the game is unclear with little direction given to the user, and not even so much as roll-over text for important icons. Even the presentation is marginal in regards to endlessly looping sounds that quickly become muted. All in all, Football Legends is a game that truly requires some significant iteration before it is worth playing.