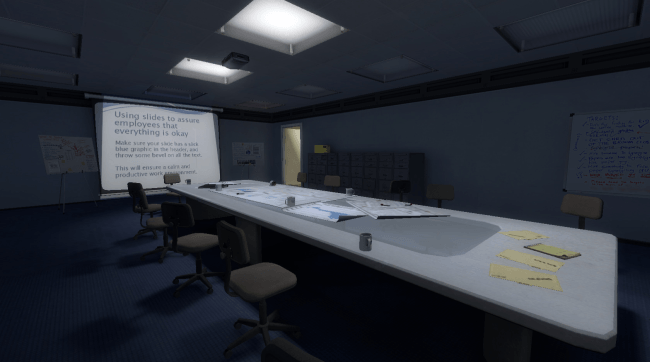 Unlike anything you’ve played before

This is the story of a man named Stanley. Stanley worked for a company in a big building where he was employee number 427. Employee number 427’s job was simple – he sat at his desk in room 427, and he pushed buttons on a keyboard. Orders came to him through a monitor on his desk, telling him what buttons to push, how long to push them, and in what order. This is what employee number 427 did every day of every month of every year, and although others might have considered it soul-ripping, Stanley relished every moment that the orders came in, as though he had been made exactly for this job. And Stanley was happy.

And then one day, something very peculiar happened. Something that would forever change Stanley. Something that he would never quite forget. He had been at his desk for nearly an hour, when he realized that not one single order had arrived on the monitor for him to follow. No one had showed up to give him instructions, call a meeting, or even say “hi.” Never in all his years at the company had this happened – this complete isolation. Something was very clearly wrong. Shocked, frozen solid, Stanley found himself unable to move for the longest time. But as he came to his wits and regained his senses, he got up from his desk and stepped out of his office. 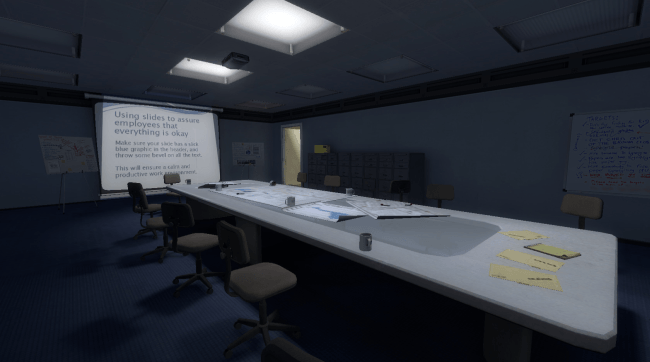 All of his co-workers were gone. What could it mean? Stanley decided to go to the meeting room – perhaps he had simply missed a memo. When Stanley came to a set of two open doors, he entered the door on his left, the utterly perfect narration for his outlandish, sprawling tale working in unison with the first-person perspective to create one of the most charming, story-driven video games ever created.

So different was this video game experience to any other, that Stanley momentarily lost track of where he was going, and found himself in the most bizarre of situations, with a strange feeling of deja vu humming through the air. Stanley had a strong suspicion that he’d been through this all before, many times over in fact, and found dozens of different endings to his Parable, each as wonderful and silly as the last. Whenever Stanley found himself considering whether this had been his favorite end to the story, another equally fantastic occurrence would set his heart all a-flutter once again. 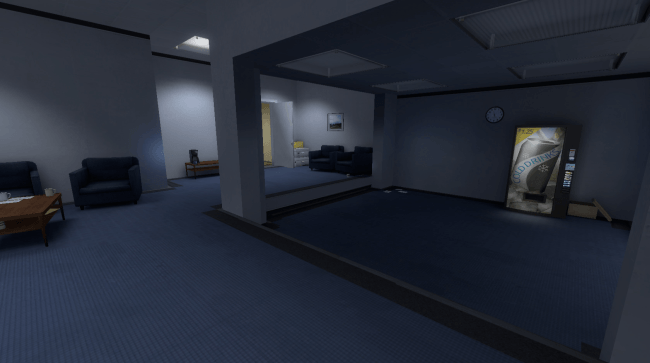 As Stanley picked yet another new branching path that he hadn’t yet fully explored, he found himself considering what exactly the purpose of this whole journey was. Could it be a commentary on meaningful choice in video games, or at least, the illusion of choice? Were the delightful twists and turns that Stanley found himself uncovering meant to astonish, or surprise, or simply explore uncharted territory in video games? All Stanley knew was that he was having a whale of a time, and even something as mundane as sitting in a broom closet was now the greatest fun of all.

And even when Stanley had stumbled his way through the story time and time again, discovering delight after delight, the silliness surrounding him reaching astronomical levels such that he wasn’t sure how much more he could take, there always seemed to be even more for Stanley to dig up. “I wonder what would happen if I try that next time,” he thought to himself. “Ah, I haven’t considered going up there yet,” he mused.

Of course, with so much choice and so many paths to go down, Stanley found that once he had tuckered himself out and exhausted all the available options, his Parable just sort of… fizzled out. There was no grand fanfare for completion, or obvious “true” conclusion to the experience. Stanley told himself that he didn’t mind – that the game had been such a hoot that he could forgive this feeling of non-closure – yet it still tore away at him for days afterwards. 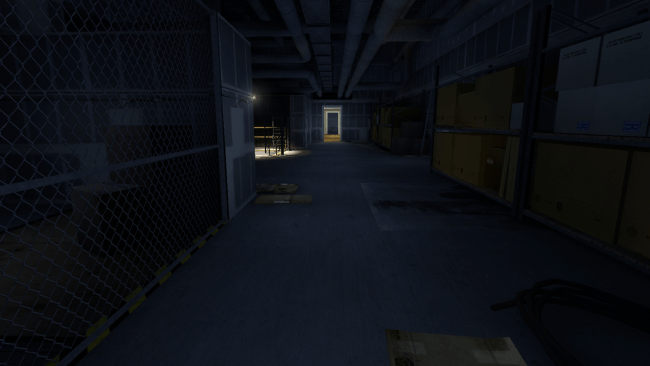 And since there was no way to track which “endings” he had found in this spiralling jamboree of a story, he couldn’t help but wonder whether he had missed large sections of the game outright. Stumbling into branching storylines was great fun, but he still longed for a way to keep his past actions in check – an option added later into the game, perhaps, or even some sort of guide online, separate from the main Parable.

But Stanley didn’t dwell on these minor points. As he came to the set of two open doors again, a smile eased its way across his face. Sure, he was stuck in this story for the rest of eternity, and admittedly events often ended badly for the chap. But this was his story, and one of the most unique, delightful, important experiences he had ever had. He gave a blissful sigh and paced purposefully towards the right door, a strong sense of adventure filling him with glee.

The Wolf Among Us: Episode 1 – Faith Review