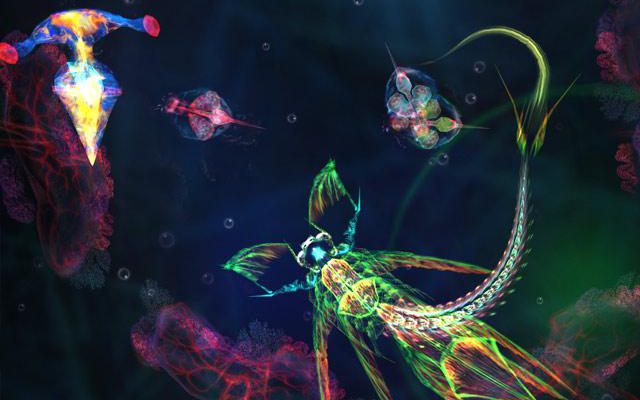 The sea is a peaceful place with plenty of color and imprecise controls.

Swimming around, eating colorful shapes, and chasing your own tail doesn’t sound like an action-packed experience. Luckily, The Sparkle 2: Evo isn’t based on action. Nor is it based around a story.  Nor is it based on deep, challenging gameplay.  The main focus of The Sparkle 2: Evo is swimming around, eating colorful shapes, and occasionally chasing your tail. Even if that’s not your ideal way to spend a Friday night, there’s certainly a bit of magic to it.

A lot of people will immediately notice some major similarities to 2007’s Flow. If you’ve played Flow, you’ll know exactly what to expect from The Sparkle 2: Evo. If you haven’t, the gameplay is simple enough to grasp after just a couple minutes. You play as an underwater organism. Using the mouse, you swim around eating smaller organisms. Depending on the type and number of things you eat, you’ll grow and evolve and move on to eating larger creatures. Once you eat enough organisms of one color, you move on to the next stage. 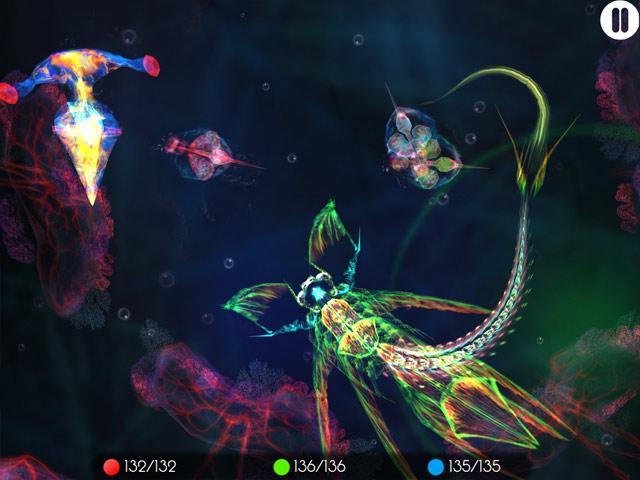 That’s pretty much what the game has to offer. On paper, the experience hardly sounds thrilling, but there’s a lot of charm that comes with its simplicity. The Sparkle 2: Evo is one of those games where there’s no wrong way to play. You can try to finish each level as quickly as possible by focusing on just one color.  You can do what I did and just eat everything in sight. You can even wander around aimlessly and enjoy the colorful visuals and soothing—albeit repetitive—music.

Flow set the bar for the “eat stuff and get bigger with no possibility of failure” genre. In its attempt to raise that bar, The Sparkle 2: Evo falls short. The most glaring issue is the double-edged sword known as the visuals.  On one hand, the visuals are well-polished, pleasing to the eye, and very colorful.  Unfortunately, this leads to issues during gameplay. Because there’s so much going on, it can be easy to miss key gameplay elements.  Quite often, I found myself one organism away from finishing the level, and I was unable to find it, because it was shrouded in a sea of color. 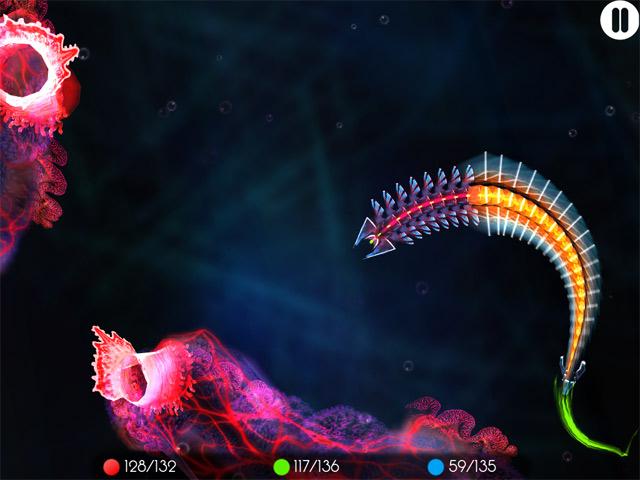 The more annoying problem comes from control. When you start a level, you’ll feast on stationary organisms, which are usually found in large groups. Collecting these small morsels creates two control issues.  The first is the recharge time between bites. When you eat something, there’s a short amount of time before you can eat again. This makes feasting on large groups quite a hassle.  The other problem is from turning. You’ll regularly pull a u-turn to get what you’ve missed. Making precision turns can be a hassle, and I often found myself swimming in circles, just so I could move slightly to the left.

In a game with so little going on, these issues stick out like a black cat in a snowstorm. But even though they hinder the experience, they don’t kill what makes The Sparkle 2: Evo enjoyable. Just like Flow, The Sparkle 2: Evo‘s greatest assets are its calming nature and the exploration of evolution. These assets may not click with all players, as those with an eye for action or objectives may not enjoy the peaceful style. If you were a fan of Flow (and wanted more) or are up for a more meditative gaming experience, then you’re likely to find what you’re looking for in The Sparkle 2: Evo.

March of the Eagles Review