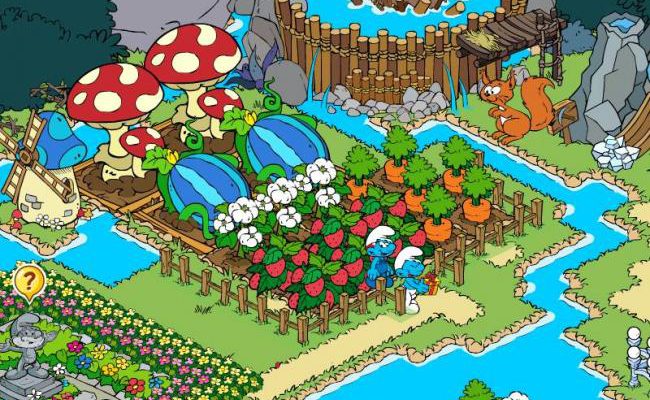 This one’s for die-hard Smurf fans only.

Holy Smurf, here we go again. The Smurfs & Co: Spellbound is a follow-up to Facebook’s highly popular Smurf sim, The Smurfs & Co. Your mission is to save your Smurfy friends and restore Smurf Village to its former blue glory. There’s very little about Spellbound that hasn’t been done before in other sim/city-building titles, and the game throws you against a paywall pretty early on. Smurf-loving kids will have a blast, however, at least for a little while.

Spellbound lets you choose the gender of your Smurf when you begin playing, which is a nice touch (and we bet that choosing to play as a female Smurf causes Smurfette to breathe a secret sigh of relief). You’re then treated to a cinema scene of the dastardly Gargamel mixing up a potion, which is subsequently sabotaged by his cat, Azrael. The fallout from the magic explosion brings a grey, ugly night to Smurf Village, and turns the Smurfs into stone. Gargamel is pretty broken up about the Smurfs being turned into stone, which doesn’t make sense until you remember that his life’s ambition is to eat the little blue dudes. Even evil tummies have a hard time digesting rock. 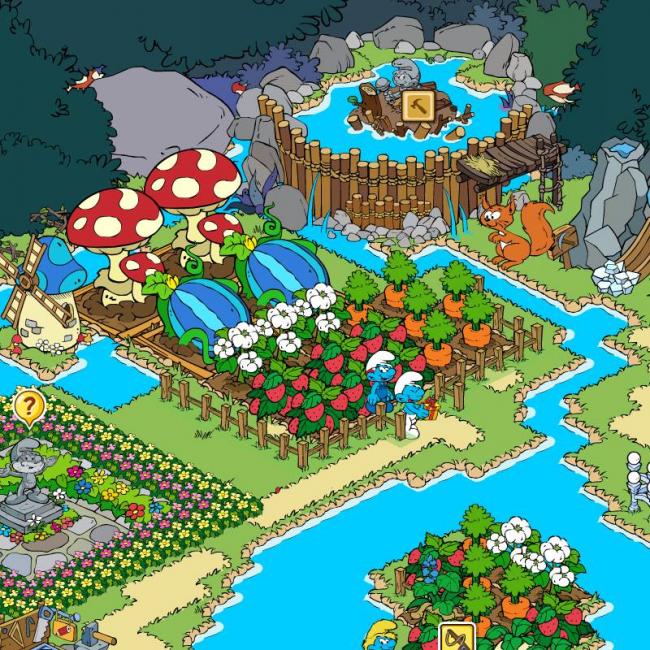 You are the only Smurf to dodge your fellows’ stony fate. Papa Smurf communicates with you telepathically and informs you that you must push back the cursed darkness and find ways to free the immobilized Smurfs.

Freeing the Smurfs and cleaning up Smurf Village pretty much tie into one another. The town has been leveled and is overgrown with weeds, vines, and rocks. These all need to be cleared away. When you find a stone Smurf, you can bring him or her back by building a structure that he or she can relate to. The first Smurf you rescue, Handy Smurf, is made flesh again when you build his workbench. Smurfette, meanwhile, begins to thaw when you plant some flowers.

Each Smurf you free brings his or her talent to the village. Handy builds stuff out of the raw materials you find lying around. Smurfette dabbles in flowery things. Farmer Smurf can grow food. The Smurfs & Co: Spellbound features great animation, familiar faces, and even some amusing dialogue. Unfortunately, it plays exactly like the billions of social/simulation games that are already available on Facebook. For a game that’s supposed to be about magical blue elf-things, slogging through Spellbound is a mundane experience. 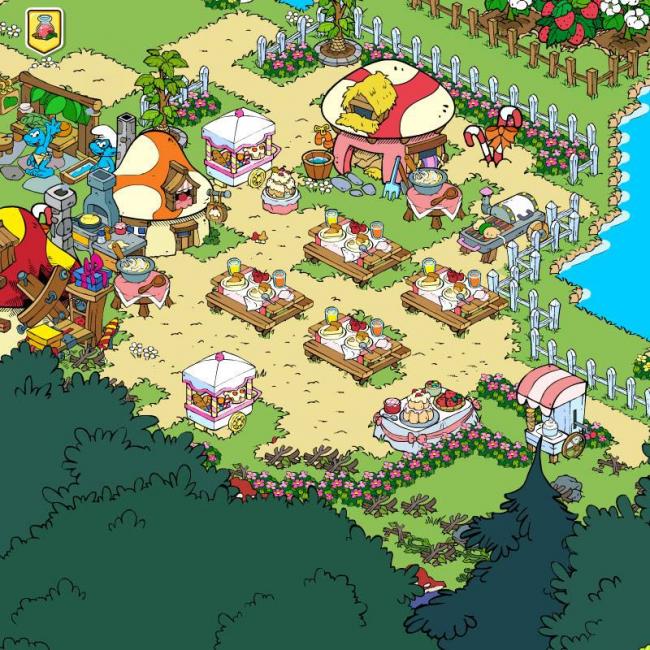 Worse, the game wastes no time in ordering you to gather materials and ingredients that are nearly impossible to find in your own forest, which forces you to bug friends and/or buy the objects with hard currency. Spellbound even utilizes an energy system that saps points for every move you make. With so many social games doing away with energy systems, having to keep an eye on the gauge in Spellbound makes the game feel dated before it starts.

The Smurfs & Co: Spellbound will most likely snag kids on a Smurf high thanks to the glut of related movies and merchandise. Everyone else should just Smurf right off in the other direction.

When in Rome Review