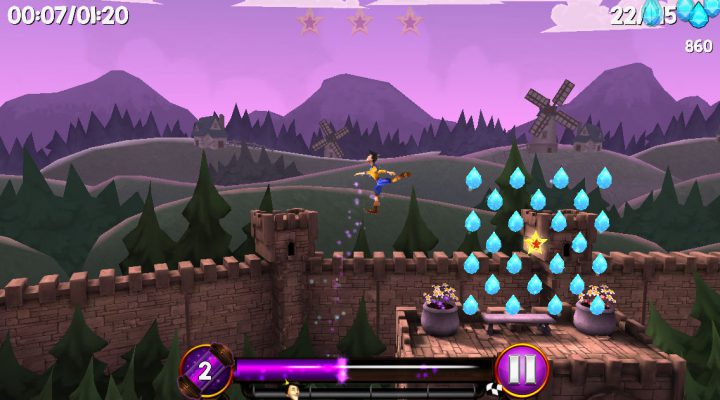 Good sense of humor in writing.

Throwing around the Prince is pretty fun.

Mastering a level can be very frustrating.

Since the advent of free-to-play games, people have been making dark jokes about what happen if the monetary formula was applied to traditional video game heroes and platformers. “Imagine if you had to pay 99 cents to make Sonic perform a spin-dash,” they say. “Or what if Mario ran out of ‘energy’ half-way through a level and everything stopped unless you paid up?”

Signal Mobile makes our bad dreams come true with The Sleeping Prince, a ragdoll platformer that’s spiked with free-to-play trappings galore. As it turns out, running out of energy and being told “Whoops! Too bad!” in the middle of a level really puts a damper on throwing royalty around. 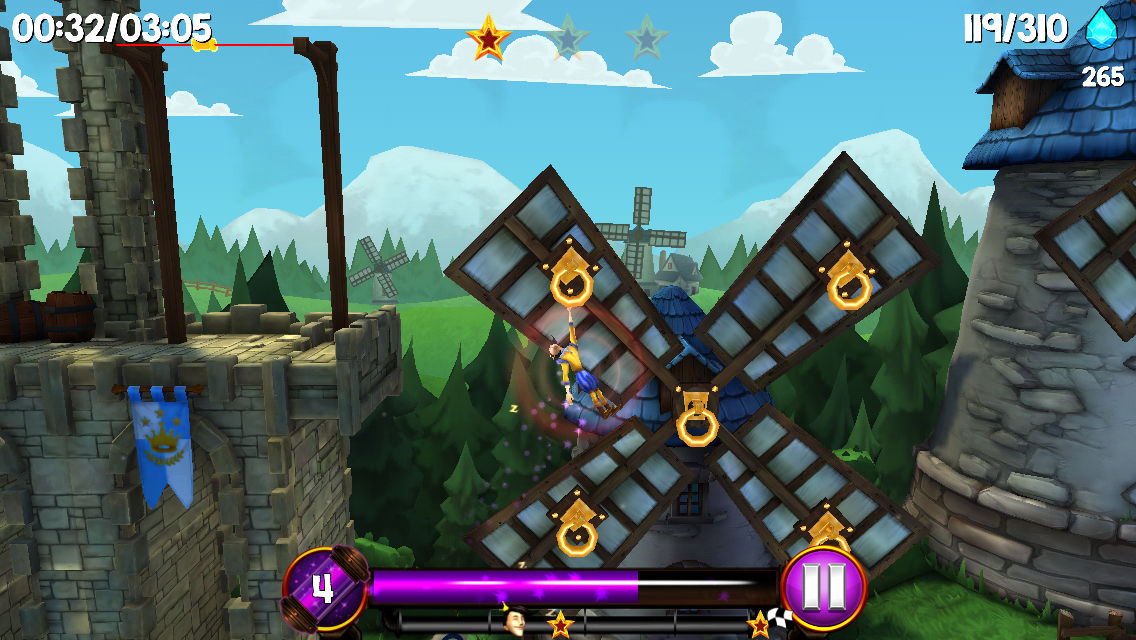 The Sleeping Prince stars a heroic young monarch who’s been tasked with saving his kingdom. Problem is, he’s asleep. In fact, the entire kingdom has been put under a sleep spell by an evil wizard. There is one ray of hope: A “magic ring” that fits itself on the Prince’s finger, which allows outside forces (e.g., you) to fling Princey around while he snoozes, blissfully unaware. Luckily, the ring seems to protect him from shattered bones, as he can take some pretty mean falls without consequences.

Each level of The Sleeping Prince has three goals to meet: Finishing under a certain time limit, collecting a certain number of gems, and collecting all three stars hidden in each stage.

Here’s where The Sleeping Prince starts to break down. The world map is covered with gates that require a certain number of gold or silver medals to unlock, but at times, getting gold medals can be nuts. Time is short, and though throwing the Prince around is fun, the game’s controls are far from perfect. For instance, you’re very limited in how you can control the Prince when he’s in mid-air. The end result is a lot of missed “jumps” – which, in turns, means a lot of missed time limits.

It wouldn’t be so bad if individual goals remained completed, but that’s not the case. You need to complete all three goals within a single run. Multiple replays are in order, so it’s too bad The Sleeping Prince does its darndest to keep you from playing.

The Prince’s movements are powered by a magic meter that depletes every time you toss him. Once you’re out, you must wait an hour or more for your magic to slowly regenerate, unless you want to pay a fee. It is very possible to run out of energy midway through a good level run, which means getting the door slammed in your face if you don’t pay the toll. Oh, and you spent valuable gems on power-ups to help you master the level? Too bad. It all resets when you come back later to try again. 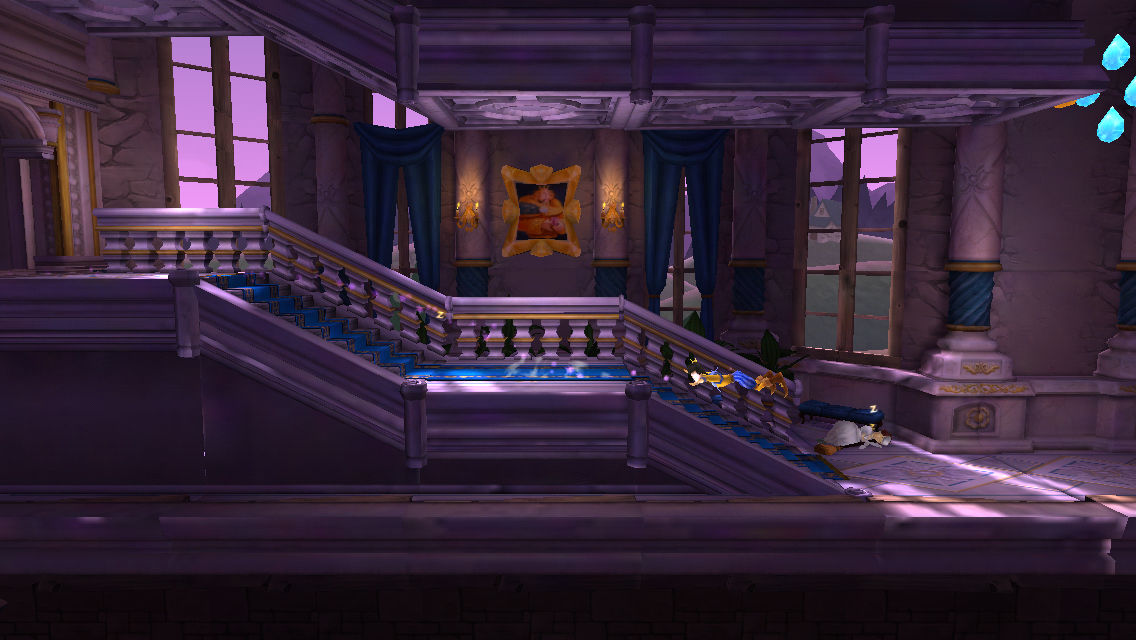 Unsurprisingly, the in-game store has tons of a la carte purchases. You can get unlimited magic for $14.99, or utilize power-ups without spending gems for another $14.99. There is a time and place for the free-to-play formula, and the formula can certainly work, but few among us will argue this is not what platforming games should be like. You start off smiling at the Prince’s boneless body flying to and fro, but when you experience your first energy crisis, that smile flips upside-down.

Just imagine playing Mega Man 2 and having a screen-filling message pop up during a fight with Air Man. “You’re out of energy! Pay 99 cents to keep playing, or return to the level select screen.” It’s like a joke scene penned for a web comic, but it’s very real in The Sleeping Prince. How disappointing, Your Highness.