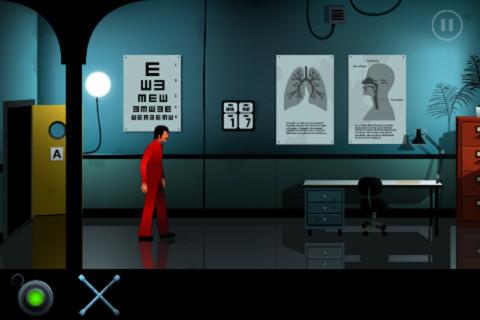 The real paradox: a time travel adventure that makes sense.

The Silent Age begins with a normal guy.  Joe, the epitome of the “average Joe,” works as a janitor at a national security agency in present-day 1972.  Joe enjoys watching Dragnet, cares little about modern art, and occasionally dreams of an Easy Rider lifestyle.  Joe is an everyman and a nobody, and then suddenly:  he’s a time traveler and the last hope for Earth.

The fateful day we meet Joe begins like any other: he changes a broken light bulb, has a timid conversation with the attractive secretary upstairs, and fails to stand up to his manipulative boss.  It isn’t until a trail of blood—needing to be mopped up—leads him to a dying stranger that his daily grind of many years comes to an unexpected halt.  The wounded stranger manages to tell Joe that he’s come from a desolate future with the intention of saving it, and that Joe must find the stranger’s younger self in 1972 and warn him of this deadly setback.  Joe is left with the stranger’s portable time travel device and the company of the police.

Despite liking Star Trek, the possibility of time travel doesn’t come naturally to Joe, who finds himself in the dystopic future of 2011 only after being left with no option but to try the stranger’s device.  This is because the world of The Silent Age is rooted firmly in reality, a reality where Pong is a crazy new invention and elevators with key cards are a technological wonder.  This sense of reality carries over to the puzzles Joe encounters throughout his attempt to escape police custody and find the stranger, circa 1972.

Unlike the majority of point-and-click adventures which expect some level of dream logic to be applied, The Silent Age puts Joe and the player in easily understood situations with rational goals and solutions.  Each chapter sees Joe enter a new area of the city on his journey, with the need to reach the next area that may be blocked off or difficult to enter on foot.  Getting from point to point requires unlocking doors with keys, breaking and climbing through windows, and finding the appropriate items to do so.  Even the items Joe will use—besides the time travel device—and their existence in this world make perfect sense: an empty syringe is found near the hospital, an ID badge at the police station, a tire iron near a garage.  There is no “cat hair mustache” here.

Despite these more straightforward solutions, The Silent Age still offers its players challenges.  Here’s a key to a door, but which door?  The overgrown poison ivy needs to be moved, but how?  This is where the time travel device comes in, adding its own puzzle layer to the game. That poison ivy is much smaller and easier to handle in 1972; a door that is locked in 1972 can be accessed by a hole in the deteriorating roof in 2011.  Joe will need to travel back and forth between the two periods frequently—the device can be used infinitely as it’s solar-powered—in order to make his way past otherwise inaccessible areas.  Luckily both Joe and the items he finds are unaffected by traveling through time, so anything in his inventory in one era will be with him in the other.

Of course, The Silent Age is just as much about atmosphere as it is puzzles.  Even though 2011 is the dystopic, world-ending future, littered with debris, overgrown vegetation, and abandoned skeletons, 1972 is just as eerie in its quiet stillness.  There are no conversations after you use the time travel device: the few people you encounter in the pre-paused world are all motionless and focused on something other than you.  Even the striking graphics have an almost flat lack of dimensionality, with shadows being critical to telling shapes apart.  The music in both eras fades in and out with a pulsating force as Joe draws closer to his goal.  Something life-changing has happened here, not just in 2011, but on the day we met Joe in 1972. 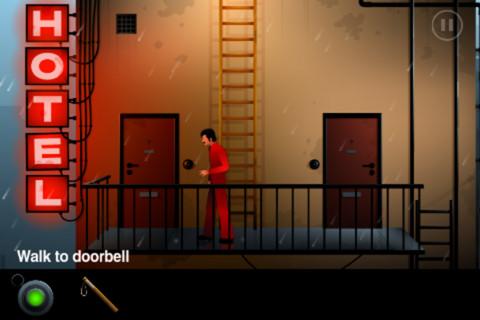 That exact something is unknown at the moment.  This first entry in The Silent Age is five chapters long, leaving us with a “to be continued” trail-off at the end of the sixth, epilogue chapter.  Although Episode Two is currently in development, this first episode is tantalizingly short, with each chapter averaging 10 to 20 minutes, depending on your speed in completing puzzles and examining the additional items strewn about the fairly minimalist backdrops.

Of course, this short episode offers so many hints to something bigger, so many refreshingly logical puzzles, and such a believable-yet-strange setting for our average Joe to work through, that every minute spent there is a pleasure.  Assuming additional episodes maintain the same quality of this first entry, The Silent Age will continue to be a must-play series well into the future.