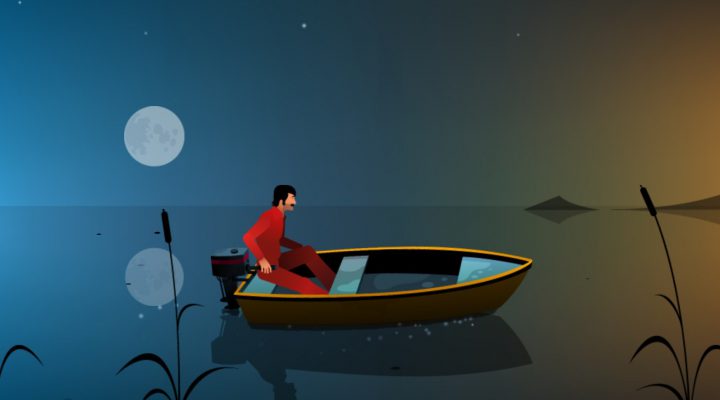 A satisfying conclusion to Joe’s story and the time-traveling mystery that began in Episode One.

Memorably atmospheric worlds split into two time periods that are familiar yet distinct.

Additional dialogue, characters, and commentary further flesh out the world and make Joe an even more engaging protagonist.

Occasionally dips into the odd dream logic of point-and-click adventures, but never too far.

Still extremely short as a standalone game, but feels whole when played with Episode One.

Point-and-tap adventure The Silent Age pleasantly surprised us at its early 2013 release, presenting a beautifully haunting world packed with logical puzzles that encouraged exploration and immersion in its two juxtaposed realities. Present day 1972 and future dystopian wasteland 2012 provided the sci-fi settings for our protagonist’s time-traveling exploits, which saw janitor and unlikely hero Joe jumping between the two periods in an attempt to reach the only man that can prevent an upcoming cataclysmic event. Episode Two of the series continues in its predecessor’s atmospheric footsteps as it concludes Joe’s story, but first picks up right where Episode One left off.

Although 19 months have passed in the player’s world, it’s only been a few hours for Joe. Still in pursuit of his goal from Episode One—find the inventor of the time travel device in 1972 and warn him of the world’s impending doom—Joe arrives at the remote lake that surrounds the inventor’s island cabin. 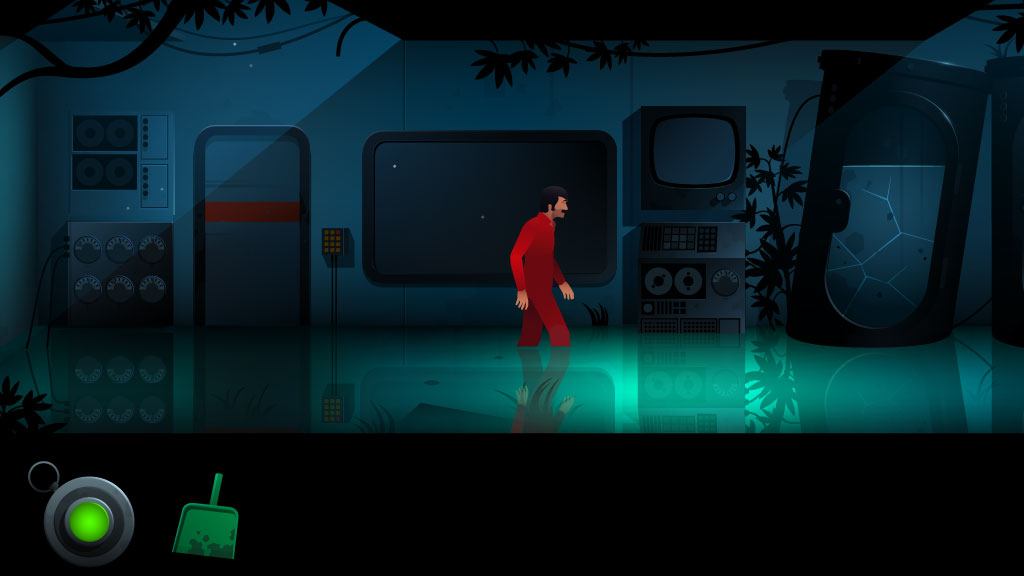 While his first task is simply to reach the scientist and explain what’s happened, plans inevitably change and Joe is thrown into another assignment that places him at the crux of saving the entire human race.

Going into details of the plot would spoil one of The Silent Age’s driving forces, but this leads to a variety of challenges ranging from time travel paradoxes to explorations of periods outside even the distant future of 2012. 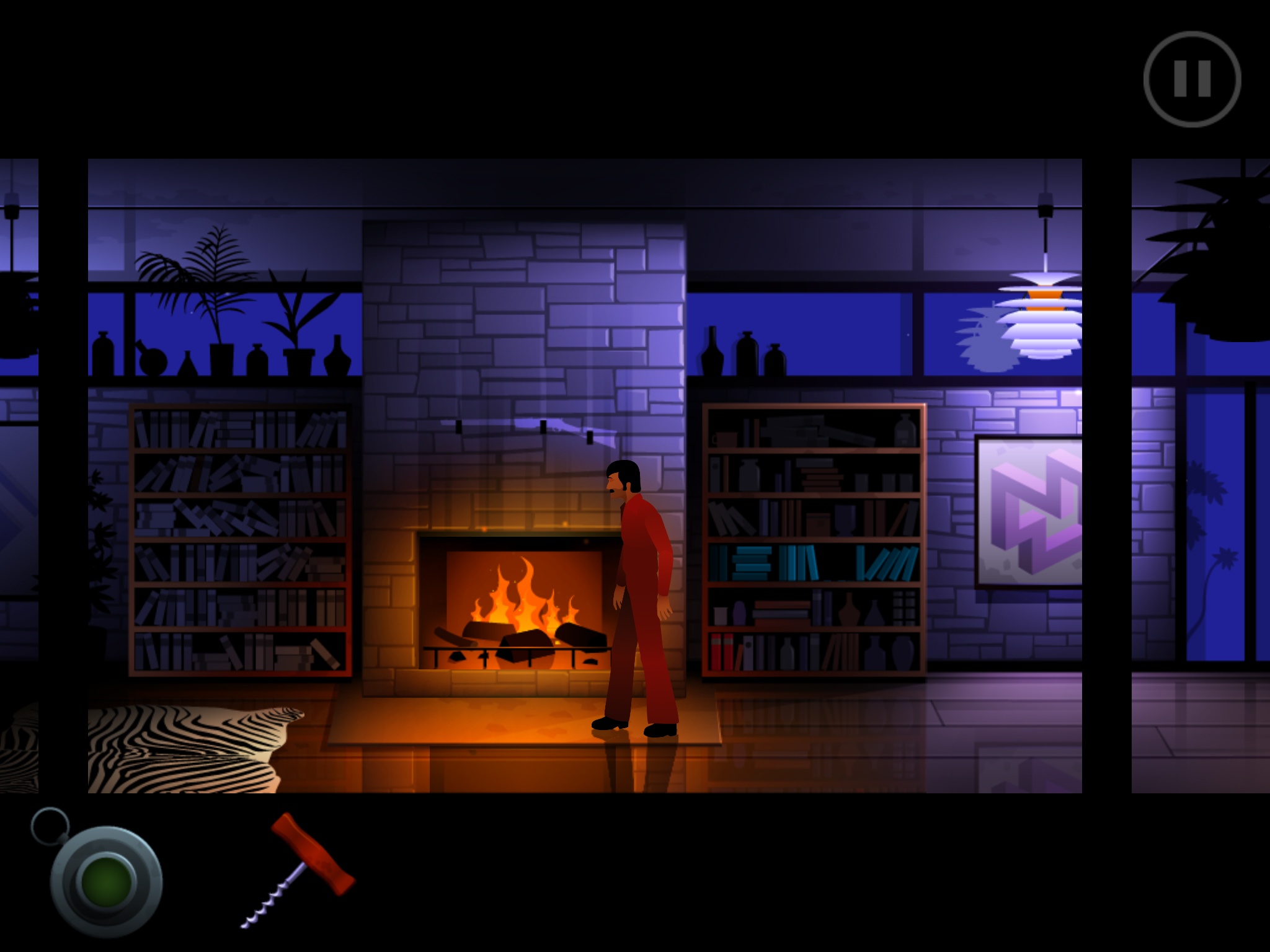 One of the greatest strengths of The Silent Age that continues into Episode Two is this focus on a single larger goal. Although Joe will run into small hurdles as he progresses, everything he does is in the interest of that primary objective. In Episode One, this objective was getting from the police station to the inventor’s home. In Episode Two, the objective grows to ultimately saving the world (and the specific actions that will achieve this end). You’re always moving forward in pursuit of this goal, which results in a fast-paced adventure that never dawdles in one area for too long.

While every door you unlock or random item you pick up contributes to this goal in some fashion, Episode Two’s grander focus does result in some expanded puzzles that–while more challenging–almost border on sidetracking. For example, a roundabout method of lighting up a room requires finding change to buy a drink to distract a bartender to steal a disco ball, which is much more involved than any puzzle we encountered in Episode One.

There are still plenty of direct, logical puzzles to solve—finding keys to open locked doors, tools to smash through barriers, or switches to power on electricity—as well as ones that make clever use of the time traveling device itself. But the occasional circuitous, “classic” adventure game puzzles feel a bit out of place in an otherwise highly modern and straightforward experience.

Another change in Episode Two is the inclusion of more characters for Joe to interact with. Episode One featured a few NPCs scattered about 1972, but they were either obstacles to be avoided or silent backdrops to his journey. Episode Two provides a number of personalities that Joe will have to speak with and oftentimes appease in order to move forward. This creates an even greater juxtaposition between the two primary time periods: 1972 is now a much more living, occupied world, making 2012’s silent emptiness more pronounced and eerie, especially when a skeleton lies in the spot of the person you were just chatting with.

This expansion into dialogue has made Joe chattier, as well. Although Episode One Joe would make short observations on items and scenery throughout the game, his commentary in Episode Two conveys a wider range of emotion, alternating from horrified shock to light-hearted jokes. One of my favorite moments comes during the aforementioned disco ball sequence, in which examining the ball results in Joe’s fairly meta-comment: “With all the rugs, syringes and burning branches I’ve put to good use lately, I’m starting to trust my sense of what stuff might come in handy. And that bad boy is –definitely– coming with me.”

Diligent players will be rewarded to multiple remarks for almost every object in the game upon subsequent views, ranging from Joe’s personal thoughts to helpful hints on how to move forward. 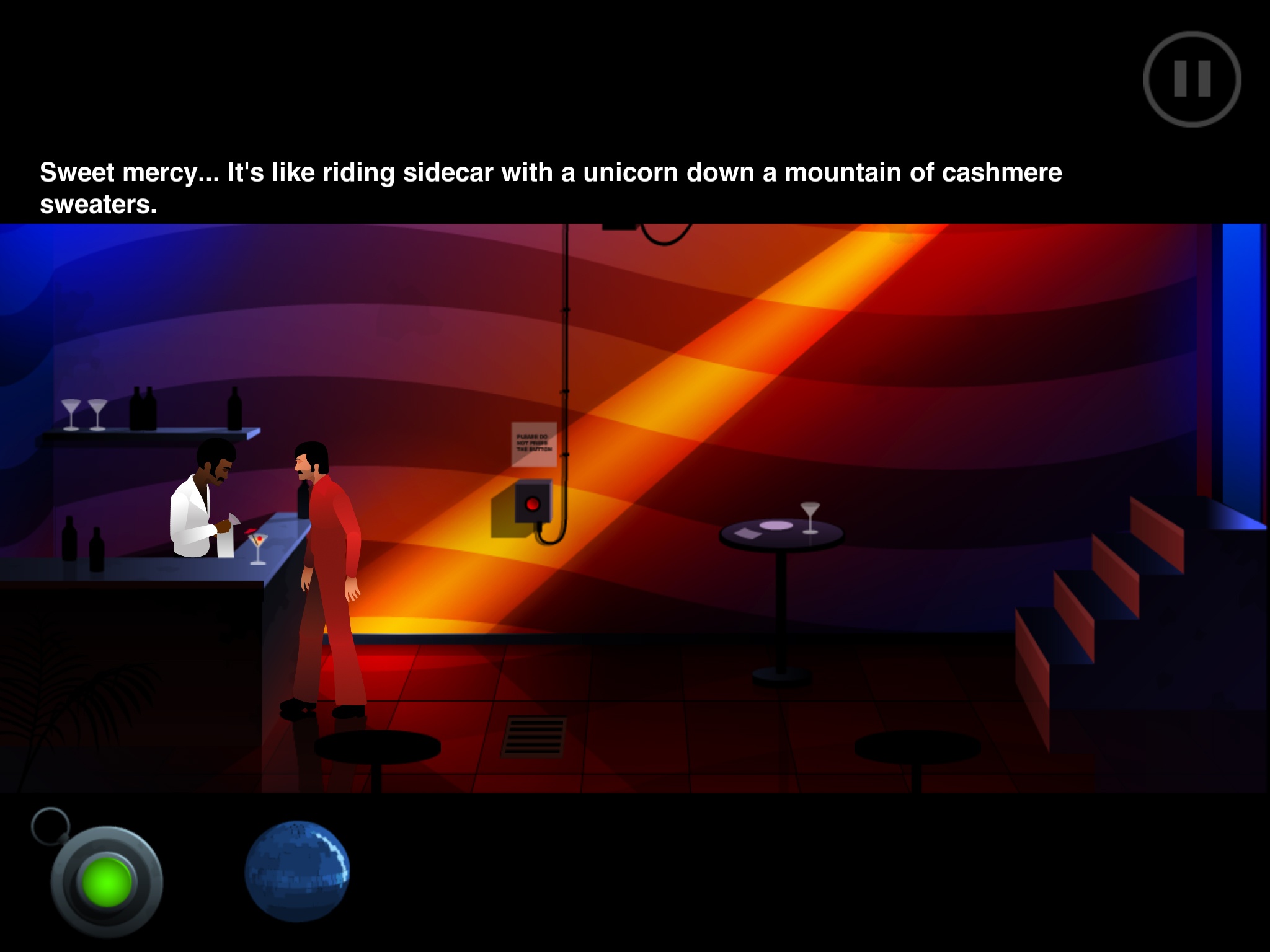 Although everything about Episode Two is bigger—more dialogue and commentary, expanded puzzles, an even more epic goal—the game itself is only slightly longer than Episode One. Its five chapters contain a few more locations than its predecessor and are rounded out by additional exposition pieces that fill in details and answer questions brought up by the story. But as a whole, The Silent Age Episode Two is still a short experience that can be fully explored in a single sitting.

That experience is still a fulfilling one, however, that—coupled with Episode One—feels like a complete circle. Players who enjoyed the first part of Joe’s journey will absolutely find more to love in Episode Two, in both execution and conclusion. The beginning and ending have interesting parallels in gameplay and plot that create a satisfying cycle for our time with Joe, making every moment in this beautiful dystopia one worth remembering.

My NBA 2K15 Review: You Got Hoops In My Card Game!

Hail to the King: Deathbat Review – For Avenged Sevenfold Fans Only