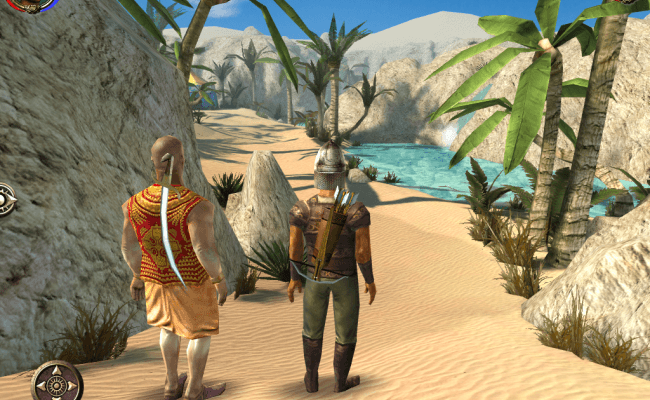 A whole lot of RPG for your pocket

As Santa once said, good things come to those who wait. Wait, maybe that wasn’t Santa. In any case, mobile gamers have been patiently anticipating The Shadow Sun, a fantasy RPG from Ossian Studios, since it was announced back in 2010. Slowly but surely it’s now made it to release, but has it aged like fine wine or like damp bread in the meantime? Read on, adventurers!

One big strength of The Shadow Sun is showcased right off the bat. I’m not talking about the dramatic soundtrack that starts as soon as you first fire it up (though that’s nice too), but the extremely flexible character creation system. After picking your gender and a handful of appearance options, you get down to the nitty gritty with several points to put into attributes and skills.

The effects of the six attributes are well-explained, and while there’s no class system per se, making smart choices can help tailor your character to your desired play style. You might go heavy on Strength and Endurance if you fancy a warrior type who can wield two-handed weapons and wear heavy armor, or specialize in Intelligence for magic use. Charisma might be my favorite; higher scores can actually add dialogue options when you interact with NPCs.

Similarly, you can pick from a wide range of weapons skills, rogue abilities and magic when you spend skill points. The number of combinations is really sweet, and the game gives you plenty of save slots in case you want to experiment with multiple builds. There are some intriguing non-combat options, including pickpocketing, bartering and intimidation, and the game rewards you for using these to get out of some fights. But the best part is that you aren’t locked into any of your original choices, as you can always spend points later after leveling up to go in a different direction.

Whatever you decide, you’ll need to get the hang of things quickly to survive amidst the intrigue that surrounds you in the Golden City of Shar. A plague has fallen over the land, and the king has sent you to get to the bottom of it before forces with different agendas tear it apart. The gameplay flows pretty nicely in and out of cinematic screens, and there are some twists and turns in the plot even in the first hour or two. 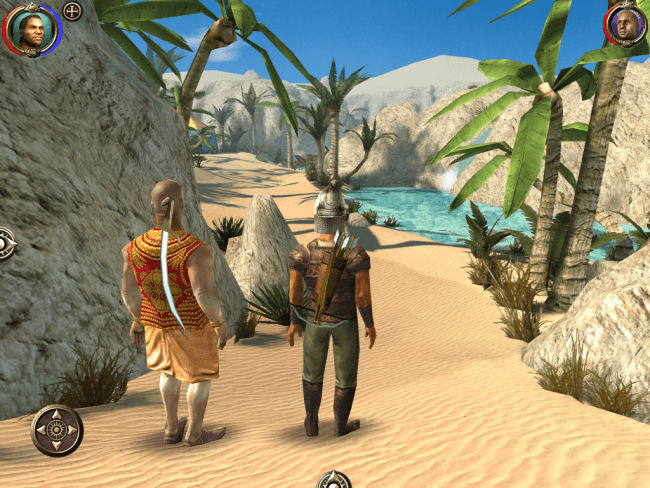 Combat was a constant subject of speculation during the development of The Shadow Sun, and Ossian ended up going with a fairly simple real time system that has its good and bad points. The bad is mostly due to the virtual thumbstick movement combined with the fact that you need to use your other hand to swipe to change which direction you are looking. Everything else works pretty well, as there’s a context-sensitive action button in the lower-right along with quickbars for abilities and items. Holding the button down can block attacks, plus you can always retreat to the proper range to use bows, spells, etc.

You also don’t have to fight alone thanks to a companion system reminiscent of The Old Republic or Neverwinter. Throughout your journeys, you’ll have access to several NPCs to choose as companions, each with their own attack and support abilities (healing, mana regeneration, enemy debuffs, and so on). The action can be paused during combat just by pressing the companion button in the upper-left corner, allowing you to switch between their abilities on the fly. The AI for the companions is solid, almost always leading them to do what you’d expect.

The rest of the interface is something of a mixed bag. It took me a while to find the map, for instance, which was helpful but required multiple taps to access. Quest-givers are clearly marked, but the game doesn’t point you directly to your objective – and that seems to be by design, which should make a lot of RPG fans who dislike easy games pretty happy. In fact it’s easy to end up dying often by blundering into situations you aren’t ready for, and it pays to heed the advice of other characters when they warn you of danger. And again, there are plenty of save slots, so don’t be afraid to use them. 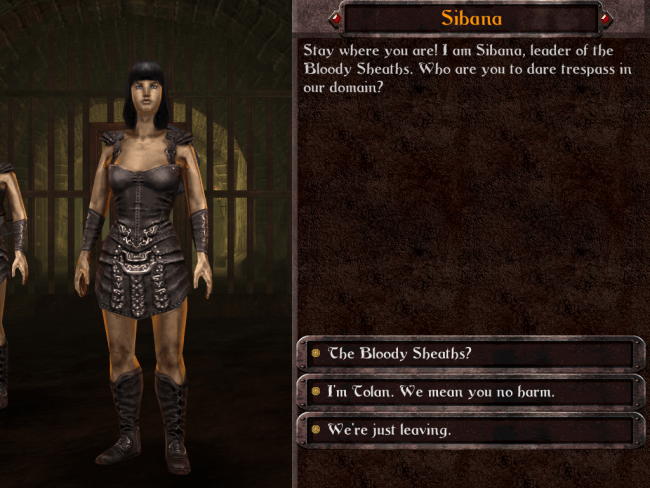 I’ve already mentioned the excellent soundtrack, but the graphics may have suffered a bit from the prolonged development process. They’re fully 3D and rendered in Unity, resulting in some really nice-looking backdrops and landscapes. A lot of detail clearly went into each room and outdoor location. It’s the character models that aren’t quite as sharp, and humans and monsters alike are a bit blockier and more pixelated than you would expect. The necks of some characters are especially strange – there’s just something off about them – and sometimes equipped gear doesn’t look like it’s sitting on your character correctly.

Ossian says there is about 10-15 hours of content in The Shadow Sun, and though I didn’t get through it all for this review, I saw enough to say there aren’t too many games like this on iOS right now. Despite some mildly rough edges, there’s plenty here to recommend. And yes, it was largely worth the wait.