The Settlers – My City Review

By Brock Cooper | 13 years ago 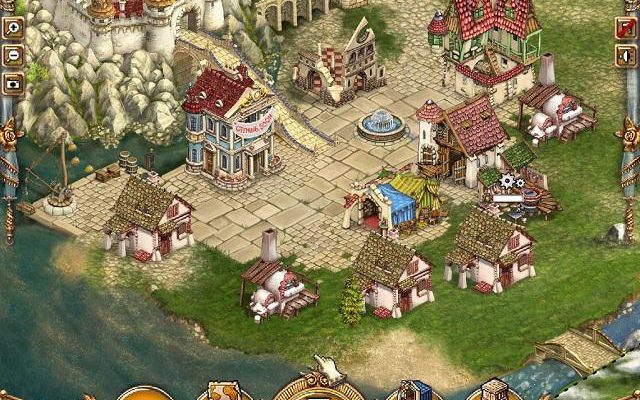 The Settlers: My City is like an unfinished Van Gogh painting. It has the potential to blow away the kingdom sim competition, but only if the artists can lift their brushes and deliver what they promise.

The premise should be familiar to fans of strategy/ simulation games. The kingdom is in disarray and you must restore it to its former glory. How? Not by sword and fire, but by managing businesses, such as bakeries and butcher’s shops, and building residences for your subjects.

As you build businesses, you create products such as bread and meat that earn more money for the treasury, which you use to build more shops to make more money. You can also add decorations such as trees and cobblestones streets. Currently, there are only a limited number of shops and decorations available, but hopefully that will change soon. 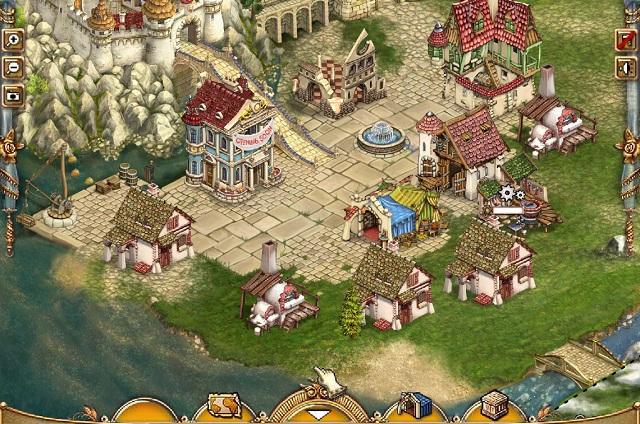 What sets The Settlers: My City apart from others is the detail in the graphics. It’s obvious Ubisoft spent time and money on creating a realistic atmosphere from the castles to the streets. You can see the individual bricks in the cobblestone streets and even watch your avatar breathe. Although, because of this heavy dependence on high-end graphics, I did notice slow loading times and it even crashed the browser once.

The game-play is simple. Perhaps too simple for an experienced gamer, but perfect for more casual players. The game keeps a decent pace, allowing you to build shops and earn money. It can be difficult to earn money quickly early on, but as you gain levels and build more structures, such as a bookbindery or brewery, you earn more cash. Also, the game provides players with prestige points, which can be traded for special shops and decorations. 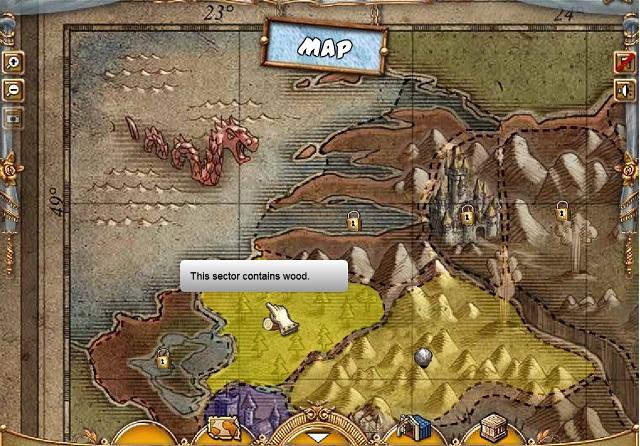 The game has one big downfall when it comes to the shops and earning money. In order for the shops to earn money, you have to click produce every single time. For example, if you want your bakery to bake bread, you have to click produce and tell it to produce the bread. In about 20 minutes, the bread is baked and you earn money, but then you have to go through the whole procedure again. Unless you obsessively revisit the game or purchase items, it can be difficult to advance.

Also, as mentioned, the game is beautiful, but it is far from finished. It can be frustrating to click on the castle or casino, which are already built, only to discover that they don’t actually exist and are “coming soon.” The tutorial makes a point to take you to the map screen where it shows new areas that you can gather wood and stone for your city, but neither are available. It also boasts that these areas can be used to complete quests, but we’ll have to take their word for it. We would prefer to see what we can do in the game today, instead of a roadmap of activities and locations you will be able to experience in the future. 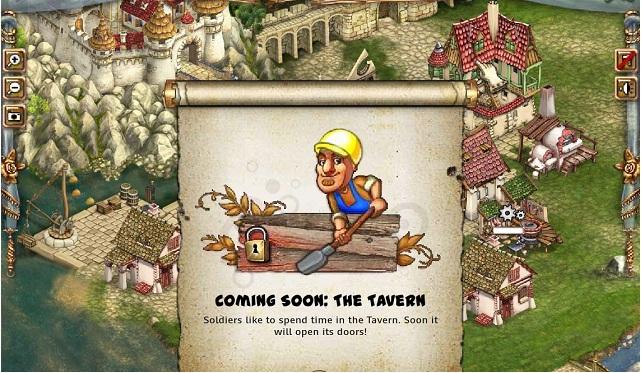 The Settlers: My City is like a painted canvas that is beautifully rendered, but there are too many empty spaces to make it feel complete. Only time will tell if The Settlers: My City becomes a masterpiece or remains unfinished and becomes the Facebook equivalent of a velvet Elvis.