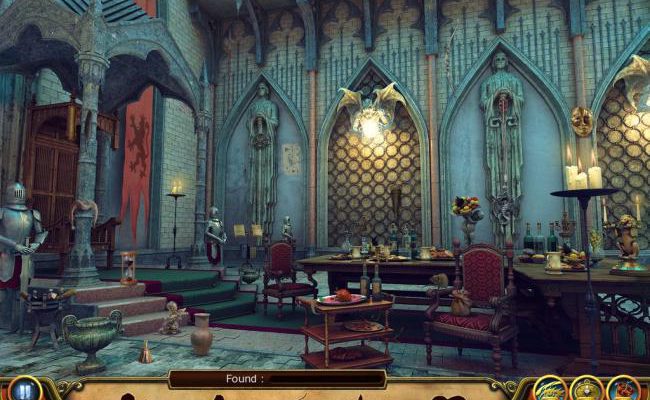 The Secret Society is one mystery that should remain in hiding

The Secret Society: Hidden Mysteries is the latest iOS title from G5 Games, and one that founds itself on secrets, mystery, and hidden object gameplay. But with more flaws than actual fun, the game is a far cry from the compelling detective adventures it strives to emulate: with not enough depth or variety to warrant its rigid freemium model and lack of adventure components.

In The Secret Society you are tasked with investigating your Uncle Richard’s mysterious disappearance, as you begin to hear the quiet rumblings of something called the Order of Seekers. You have also been gifted with your uncle’s special skill of jumping into magic photographs, which act as the hidden object levels in the game. 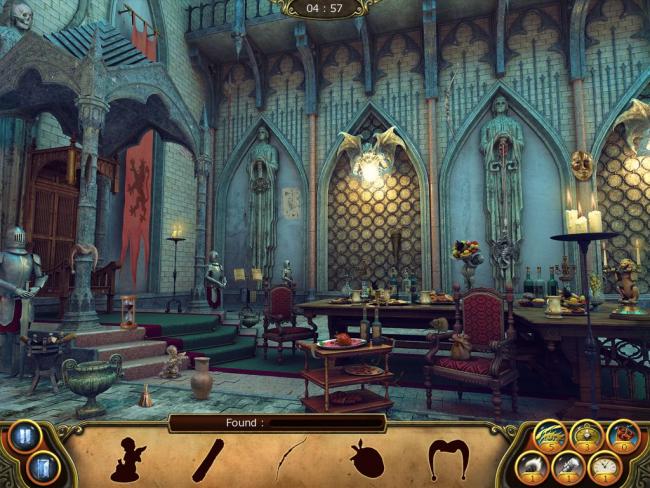 However, after you arrive at Uncle Richard’s manor, Alfred the butler and Christy, Richard’s personal secretary, seem to forget all about finding their employer and instead shell out mundane and uninteresting quests for you to complete. These range from finding Alfred’s missing coin collection to replacing a few missing pieces on the manor’s chessboard, just because. One of Alfred’s quest descriptions actually reads like this: “Tonight, I’d like to learn more about the structure of the six-toed gecko, but I can’t find the proper anatomy book. Could you assist me?” It would be more exciting to put the game down and actually go read about the six-toed gecko than partake in this tedious quest.

The Secret Society has a lot of tiny issues in design and execution, and when those flaws are brought together, they heavily weigh down the entire game experience. The controls are often unresponsive to your touch: there is a two second delay between the time you touch on something in your inventory and the time the game registers your input. It’s not much, but it’s enough to be noticeable. There are also five-second load screens at every turn, which severely disrupt the flow of the game. Considering that nothing in The Secret Society is visually groundbreaking, there is really no reason to have these lengthy load screens every time you start a hidden object scene or go back to your home base.

You can zoom in on each photograph to better locate those hard-to-find items, but the zoom function moves so slow that you’ll have to pinch the screen ten or fifteen times to actually make the image significantly bigger. These might seem like small complaints, but when you’re forced to endure them over and over again, they become really off-putting, really quickly. 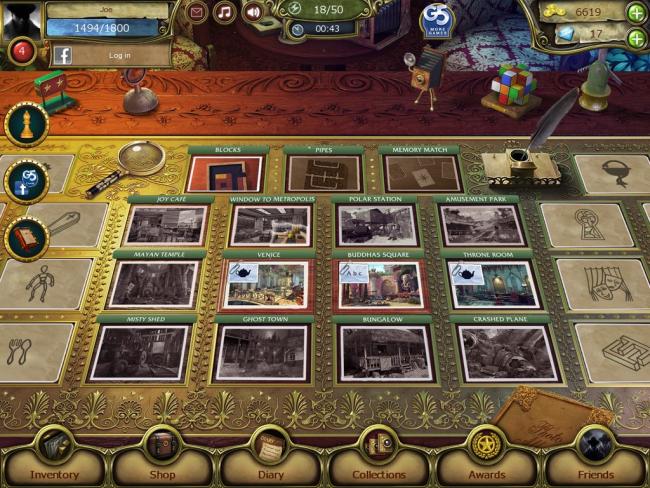 There are only 12 different hidden picture scenes in The Secret Society, with the promise of more levels to be added in future updates. However, you’ll only get to play the same two screens for your first two hours of gameplay, and it becomes an absolute chore to unlock any new ones. First you have to find all the pieces of the next torn magic photograph; then you have to put the pieces together in a puzzle mini-game that further depletes your energy; and finally, you have to pay a hefty finder’s fee of your precious in-game currency for no foreseeable reason before you can access this new location.

Even though the locations themselves are diverse, the items you search for are most certainly not. The game recycles the same ten to fifteen items in every level, and hardly bothers to change up their locations. By the fifth time you’re asked to find the “Mona Lisa” hanging in its regular spot above the Venice canal, you’ll find there’s not much “hidden” or “mysterious” about The Secret Society. 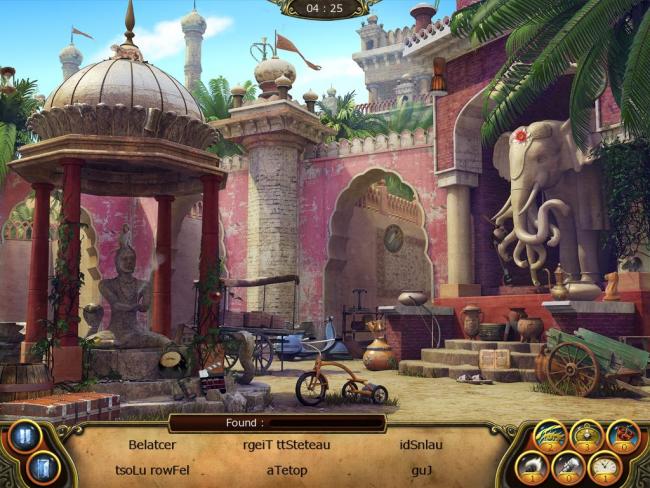 But the game does manage to get a few things right. Morph mode offers a clever twist to the game’s stale hidden object gameplay. In these morph levels, you don’t know what objects you are looking for: instead, you have to keep an eye on the entire location to see which objects are physically changing into other items. The in-game achievements are quite easy to earn, and every time you meet one of these long-term goals, a new trinket is placed on your desk that doles out additional awards over time. For instance, perfectly solving a puzzle three times will net you the “Teaching Assistant” award, and a Rubik’s Cube token that gives you 50 bonus experience points every four or five hours. When you really start to build up your trinkets, you’ll always have at least one new reward you can get at any moment. It definitely reinforces the fact that The Secret Society is meant to be played in very short bursts, maybe once or twice a day.

With its macabre concept art and enigmatic tone, The Secret Society: Hidden Mysteries has a lot of potential to be something great. But a boring, almost nonexistent story and countless design flaws weigh down what could have been an absorbing hidden object adventure. I’d wait a few weeks to see if this game gets a much-needed title update before trying this one.