Home / Reviews / The Secret Order: Beyond Time Review – Turn Back the Clock

The Secret Order: Beyond Time Review – Turn Back the Clock 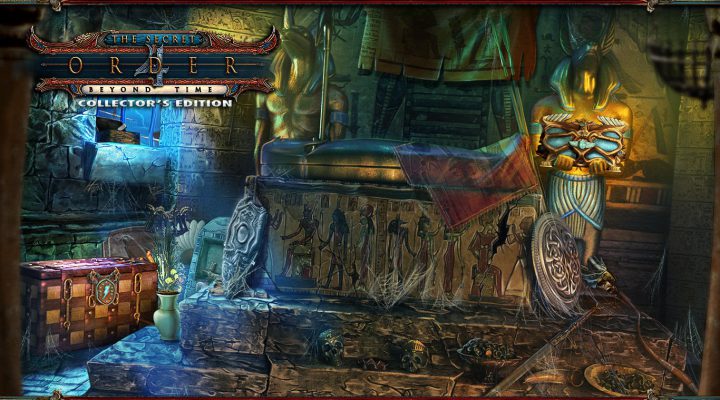 Intricate scenery with a lot of areas to zoom in and explore.

As a member of the Secret Order of the Griffin, Sarah Pennington gets to go on all kinds of adventures. Her most recent one involved going back in time to seize powerful artifacts before they destroyed the world. When that trivial matter was done and dusted, Sarah noticed her time machine was in a ship at the bottom of the ocean. Oops. A local inventor tries to repair it, but instead of sending Sarah home, she goes on an even crazier journey even further back in time!

The Secret Order: Beyond Time is best described as a dense game. Each scene is packed with stuff to examine, everything from zoomable areas to items you can pick through and collect. Moving things around often reveals even more spots you can check out, making locations feel like a living representation of the game’s world. This density lends itself well to a full inventory bar and rewards curious clickers. It also gives you a moment to appreciate the intricate artwork spread throughout this time-bending adventure. 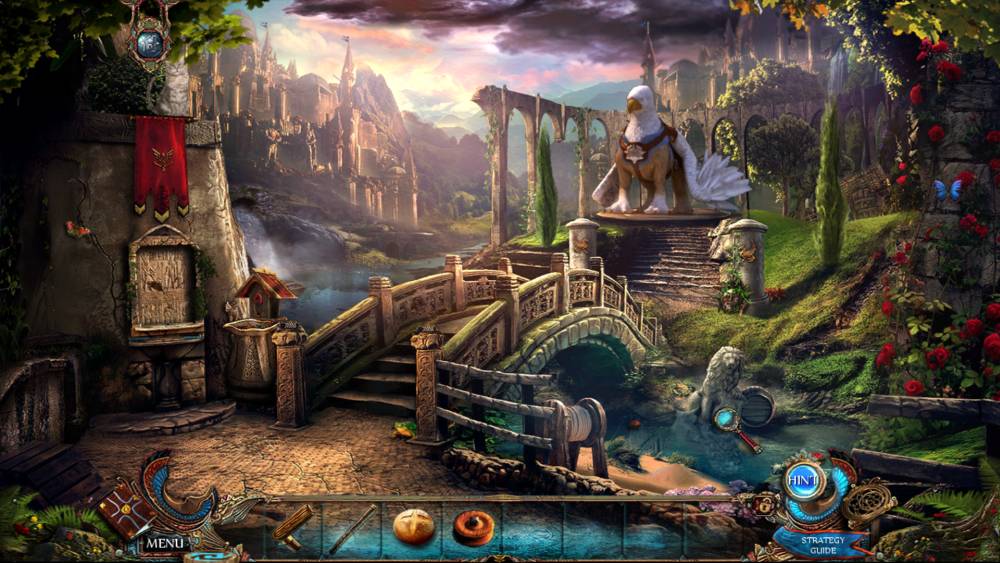 Hidden object scenes come along at regular intervals in Beyond Time. Most of them are standard fare with a list of items to find and a crowded scene looming just above. Others take inspiration from adventure-style puzzles and challenge you to piece together objects or solve short riddles before you can collect an item on the list. For example, a snake might pop out of a basket, blocking you from an object you need. By assembling a flute from various scattered pieces, you can charm the little bugger and complete the puzzle without getting bitten. Hooray!

Apart from the usual array of puzzles and hidden object scenes, The Secret Order also gives you a fun little companion to help you when you’re in a bind. Nubi is ever at the ready, perched beside your inventory with several neat skills he can unleash with a quick click. See an item you can’t quite reach? Send Nubi to crawl into tight spaces, that’s what he’s made for! You’ll also bump into the occasional mini-game, but to be perfectly honest, most of them aren’t all that intricate or unique. 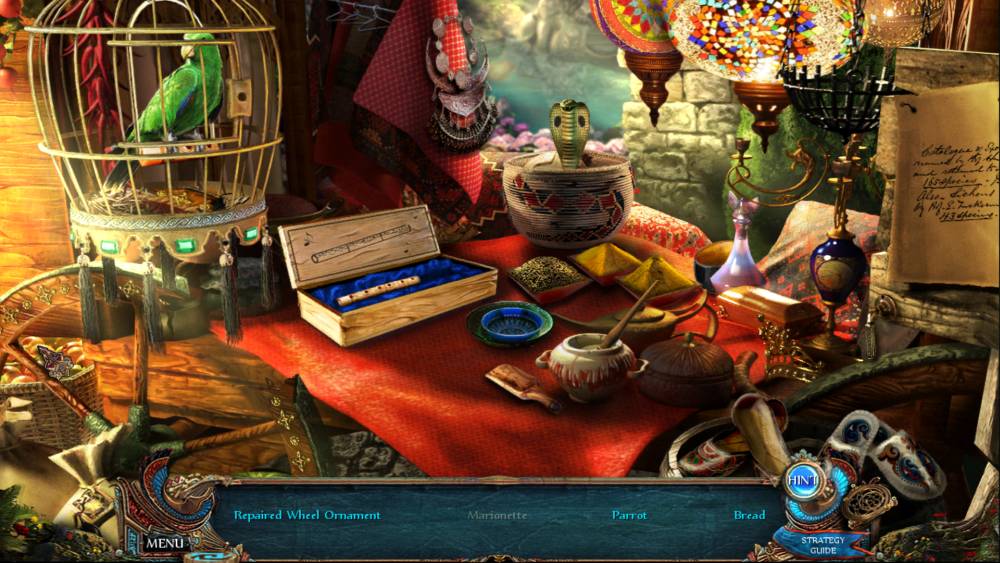 The Secret Order: Beyond Time doesn’t do anything overtly different from other games in the hidden object genre. It sets itself apart by employing more subtle design choices, however. The focus on dense scenes is a quiet but incredibly effective change of pace, forcing you to slow down and focus on your environment instead of dashing through with rapid fire mouse clicking. You’ll also need to examine your inventory more closely to solve the puzzles, as some are a little more involved than you might expect. Beyond Time isn’t the kind of game to shout its high points from the rooftop, but once you dig into this time traveling casual adventure, you won’t be able to stop until you reach the end.