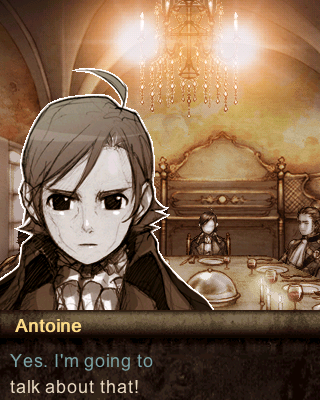 Most people will make the natural association between The Secret Chateau de Moreau and the Phoenix Wright series, with its hunt for evidence and questioning scenarios. But in all honesty, the game is far more similar to the Professor Layton franchise, as well as a much lesser known Nintendo DS title called Hotel Dusk: Room 215. The presentation and style of the game, the pencil drawn look for the characters and the much slower pace, feel very inspired by this hidden gem – and believe me, that’s a good thing.

The Secret Chateau de Moreau is a murder mystery game where you are the suspect, and you’ll spend the game acquiring clues and talking to other characters in an effort to prove your innocence. The game covers a few different styles that we’ll discuss, and if any of them pique your interest, then I’m pretty sure you’ll like the game. They do a really fine job representing the game styles presented. 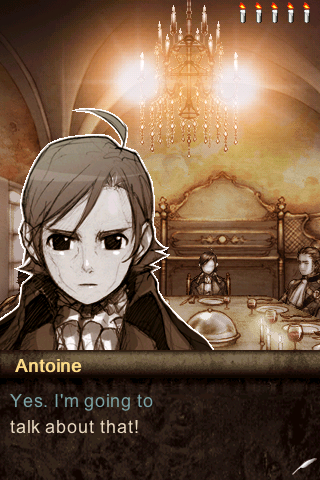 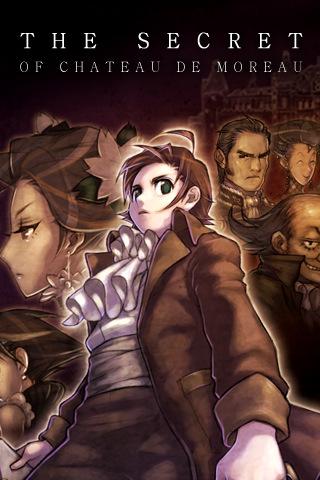 The Secret Chateau de Moreau is really 3 different parts of a game placed side by side and stung together by a really strong and fun whodunit murder mystery. The different elements feel a bit separate, but not to a detrimental level. It’s really more of a comment on how the game seems to draw attention to when you move from one to the other.

One of these elements is the hunt and peck searching for clues game, where you’ll move yourself around a map accessing different parts of the chateau. You’ll mostly be uncovering and collecting clues that you can present to characters when you’re talking to them. If you’re getting a Professor Layton/ Phoenix Wright/ Hotel Dusk: Room 215 vibe you’re not far off. Even games like L.A. Noire are clearly similar.

The next element of the game is the character interaction stuff, where you’ll move the story along and use those clues you’ve collected in the parts we’ve just talked about above. The characters are all presented as cut-out style line drawings, and during the ensuing conversations you’ll be given chances to choose responses and present the clues you’ve found to try and prove your innocence. Too many incorrect or slow responses and the game will end early, or take a path you’d rather not take since it usually involves you being accused of murder.

The third element, and the most interesting to me, is the puzzles that you’ll bump into scattered around the world. Some are obvious like the safe your Dad left you (which they call a Will Safe.. I wonder what could be inside!!) but others are more of a challenge to even find or solve. Again, Profesor Layton style. 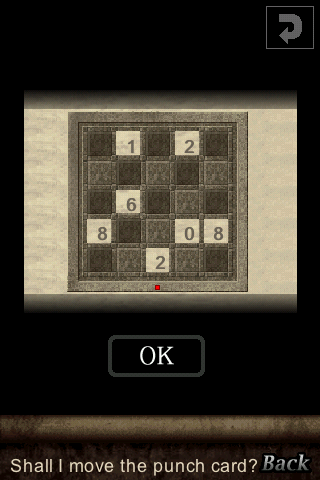 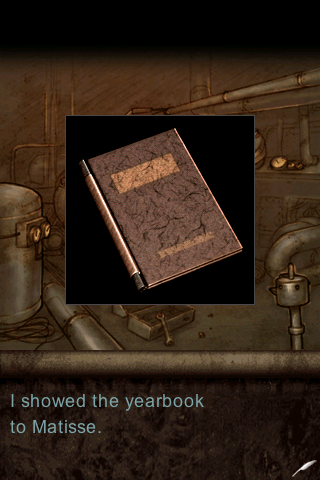 As I said earlier, a few too many wrong responses or being slow on the trigger will usually result in the game ending prematurely, which at first was disconcerting since I really had no idea what I was doing wrong. Once I got the hang of it I was ok, but if you continue to struggle there is an in-game item to let you go back through time to play out sections of the game differently. The game boasts 40 different endings depending on what happens, so there are certainly a lot of different paths to the finish line.

My only major complaint is that the character can be awfully chatty, and you need to tap the screen far too often during the conversations. There’s a lot of “Open the safe!” “What safe is he talking about? Oh yea, the will safe! Why should I open it?” “Because I said so! Open the Safe!” “OK, I’ll open the safe!,” where each sentence is another tap of the screen. There’s just a lot of nonsense in there. I shouldn’t have to read “…” and “oh’s” all over the place.

In case you’re not following the theme here, I’ll go ahead and spell it out for you here. If you like the Phoenix Wright or Professor Layton series, or enjoyed games like Hotel Dusk: Room 215, then it stands to reason you’re going to like The Secret Chateau de Moreau. The story is well paced and wonderfully interesting as a murder mystery. If you’re a fan of the genre, this one should definitely be on your device of choice.