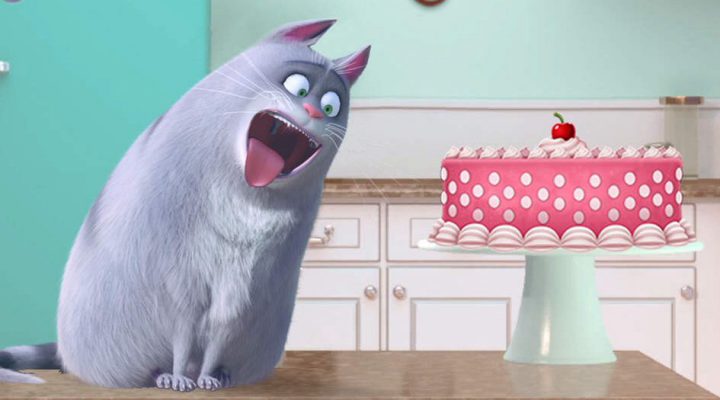 The same as almost every other match three.

Adds nothing new to the genre.

There was a time when movie tie-in games were all slightly shoddy third person adventures. In this era of mobile dominance though, if there’s a movie coming out, then there’ll probably be a match-three puzzler based on the film hitting the App Store at the same time.

The Secret Life of Pets is no different. And while the resulting puzzler isn’t exactly bad, it’s not exactly great either. In fact the nicest thing you could say about it is that it’s standard.

Sure there are a few accoutrements thrown in, from different characters to endearing animations, but in the end this is just another slight adjustment to the Candy Crush template that doesn’t really add anything new to the genre. 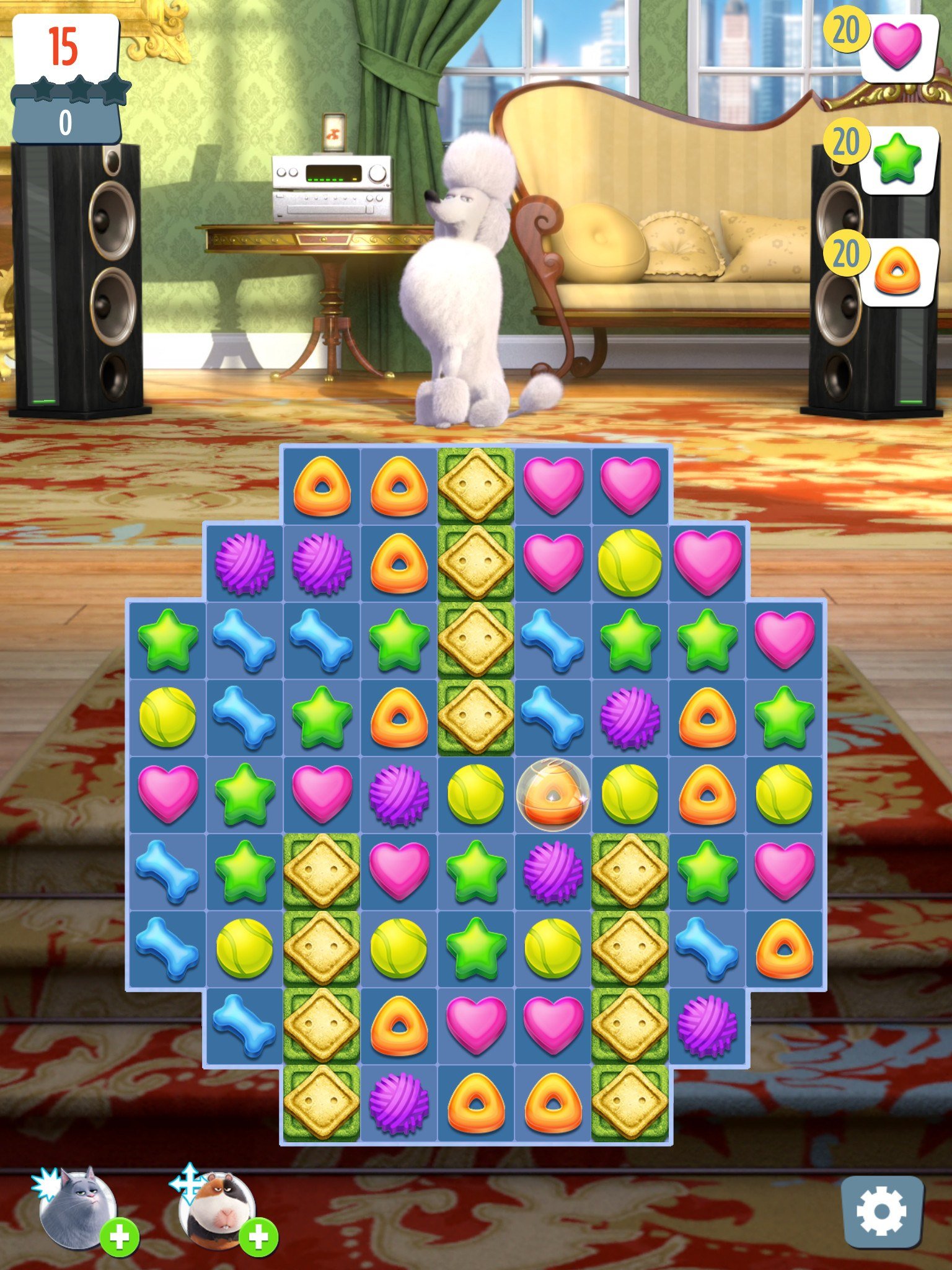 Each level sees you matching dog treats that look suspiciously like candies. Different characters give you different challenges. Sometimes you need to score a certain amount of points, other times you need to get items to the bottom of the screen or match a bunch of treats of the same shape.

Matching more than three things gives you different boosts and buffs. Match four and you get a special treat that, when matched, clears a row from the board.

There are different combinations to be made with these special treats as well, and that’s probably where the game is at its most interesting and experimental. Usually though you’re just matching threes and trying to figure out your next move. 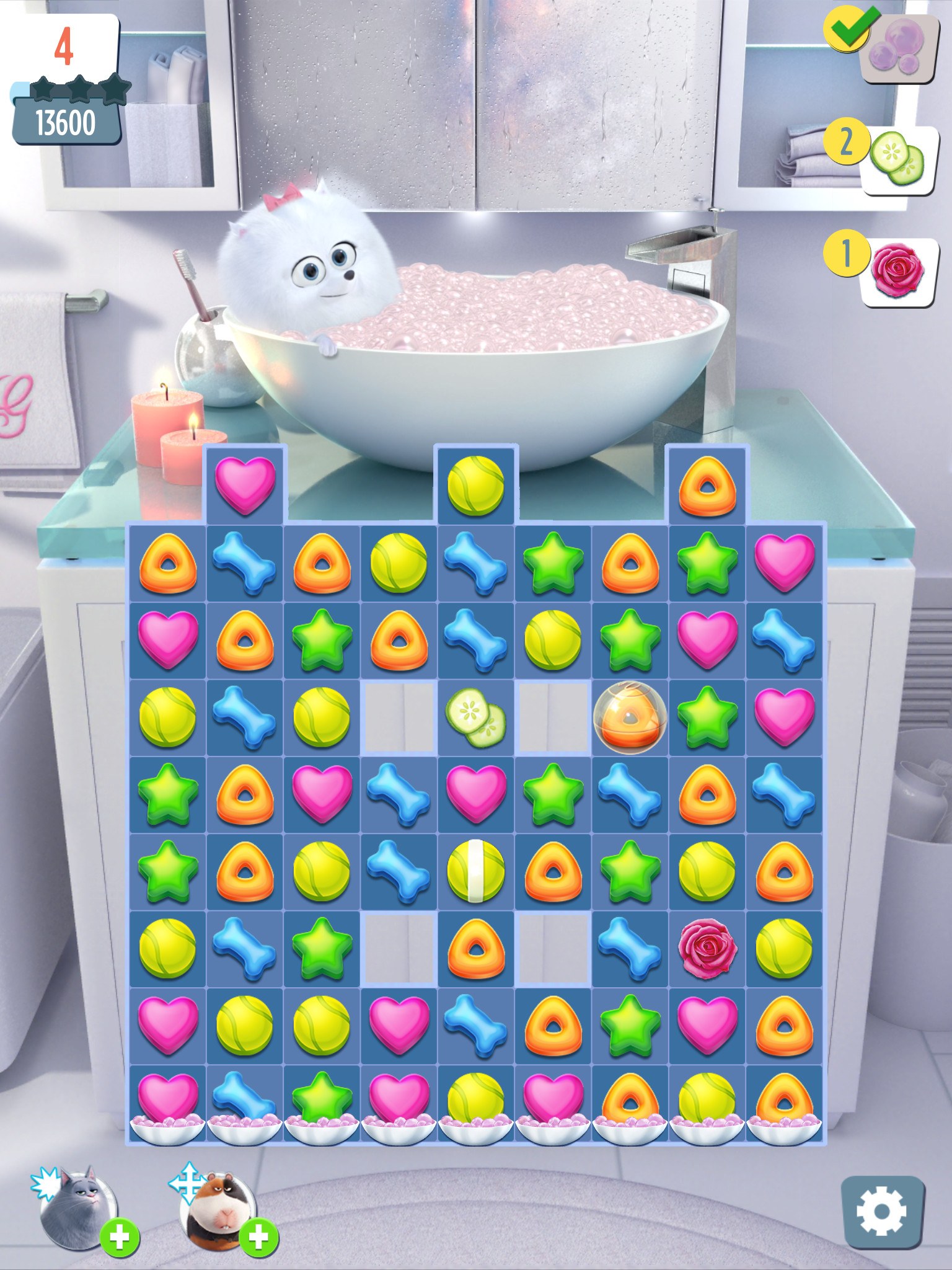 Inevitably the deeper you get into the game, the tighter the restrictions it puts on you. Your move limits get smaller, meaning you need to make sure every move counts, or spend some premium currency to extend the chances you get.

The level design is perfectly solid, and there’s a decent level of polish here, as you’d expect from a game based on a big budget movie. The pets at the top of the screen have some nice animations, but you’ll be too focused on the board to notice them most of the time.

There’s also an unskippable splurge of colour and matches that bursts out when you’ve completed a level. It’s quite nice the first time round, but by the time you’re ten levels in you really won’t care. If anything it rubs the slightly dull combining into your face. 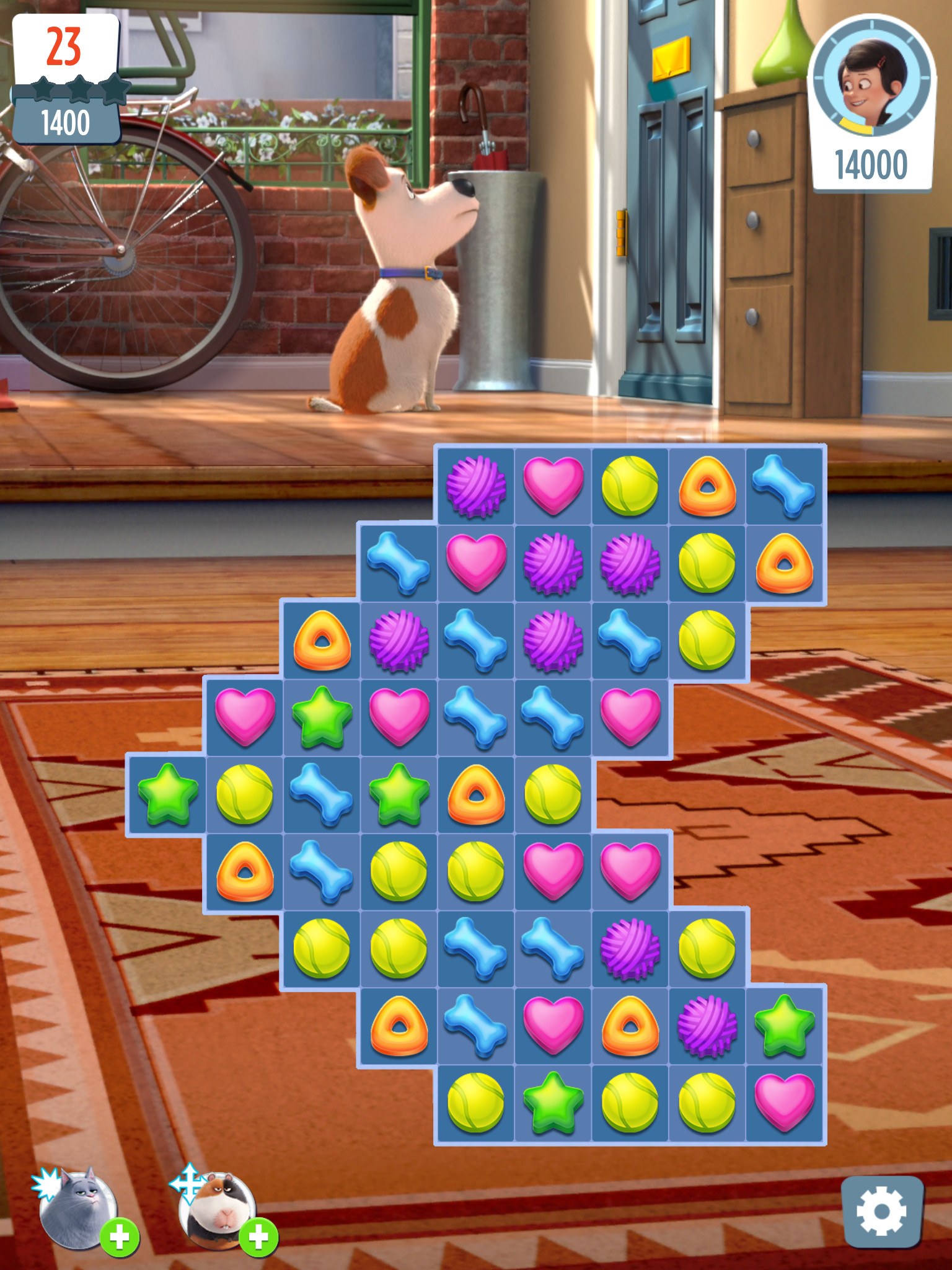 Like I say, there’s nothing particularly broken about The Secret Life of Pets: Unleashed. It’s a game that’s well built, looks good, and plays just as you’d expect. But that’s the problem, it doesn’t offer up anything you haven’t seen before.

And the fact it’s based on a film whose main audience is going to be younger makes that all the more disappointing. They’ll have fun for a while, but when the challenge ramps up the game loses a lot of the sparkle that it builds up in its first few levels.

This is just another in a long line of not-exactly-lazy but not-exactly-interesting reskinnings of the same old matching game.

If that’s what you’re looking for then it’s worth giving a go, but there’s nothing here that’s going to sway your opinion of the genre. The Secret Life of Pets: Unleashed is what it is, and it doesn’t try to be anything else. Depending on how you look at things that’s either a big disappointment or no real surprise.