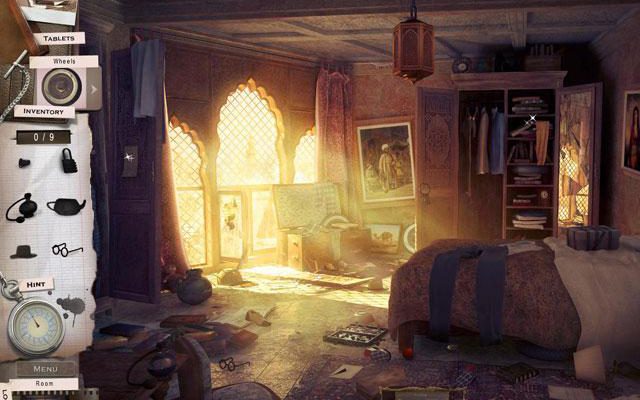 The Secret Legacy: A Kate Brooks Adventure suffers from lack of polish

The Secret Legacy: A Kate Brooks Adventure begins just after the death of Kate’s grandmother, a history professor with a love of archaeology. As Kate, your first task is to clean out your grandmother’s office, which is full of old books and artifacts from around the world. While organizing the desk you find a torn up letter to you from your grandmother that leads you to believe her death may not have been natural after all, as it appears someone wanted to steal credit for a discovery she was about to make.

Over the course of the game, you will follow clues left by your grandmother to various locales and ultimately to a dig site in Egypt where you will enter the tomb of a lost Pharaoh. Along the way you will find ancient Egyptian tablets detailing the story of the young Pharaoh and his struggle between an arranged marriage and the slave he has fallen in love with. This story feels like it should be the driving force of the game but this side story is only seen by the player if they read the tablets. The game play would be unchanged if the storyline had not existed. 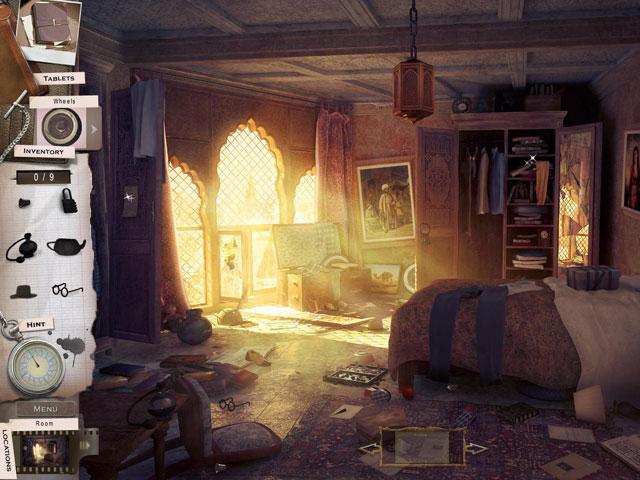 The Secret Legacy is a pure hidden object game with a couple puzzles thrown in. There are four different types of hidden objects to find; traditional hidden objects, silhouettes, item pieces and related items (i.e. butterflies). For the most part, the room you are in is the hidden object scene and the scenes are well done and panoramic. You will have to scroll to find all the objects in the scene. The scenes are three-dimensional, which creates a nice effect.

The items you need to find will be on a list in the room. When you have found all the items you will have to locate another list that will tell you the next set of items to find. Unfortunately, many of the items are very small and/or hidden in dark corners meaning the player may be relying heavily on the hint button. There are two hint buttons in the game, one is labeled hint and the other button is below it and looks like a compass. If you use the hint button while looking for a hidden object you will be told to find the objects on the list. If you click the compass you will be shown where an item is. The hint button recharges over time and it takes awhile, even in standard mode.

Each time you finish finding the items on a list you will receive an inventory item. Most inventory items are used almost immediately and there is rarely a question of how to use the item. Actual puzzles are few and far between, which would be fine except there are plenty of moments in the game where a puzzle could have been inserted that were ignored. 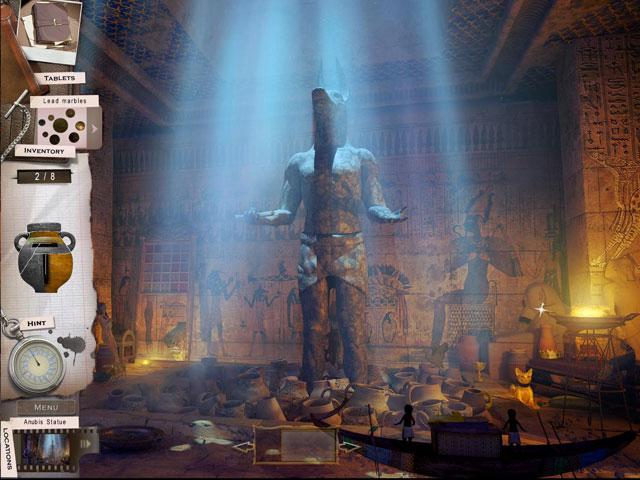 Technically, The Secret Legend is not very polished. I encountered numerous glitches and frustrations during the games. The first problem was that the default resolution for the game did not work with my monitor and there was no way to change it. I played through the game with everything looking slightly squished. Also, the hot spots on many items were very, very specific. Eight minutes into the game I was looking for a baseball bat and even though the bat was large I could not pick it up. I finally succeeded by clicking under it and to the side…this was not the only object that had this issue. Near the end of the game I encountered a puzzle where I needed to flip switches. I was forced to skip the puzzle because the game would not respond to my clicks (even when it did respond I couldn’t locate the hotspot again.)

The Secret Legend: A Kate Brooks Adventure seemed to have a lot of promise but in the end it felt rushed and unpolished. This game would be appealing to a hidden object purist who has very good eyesight.

Shop it Up! Review