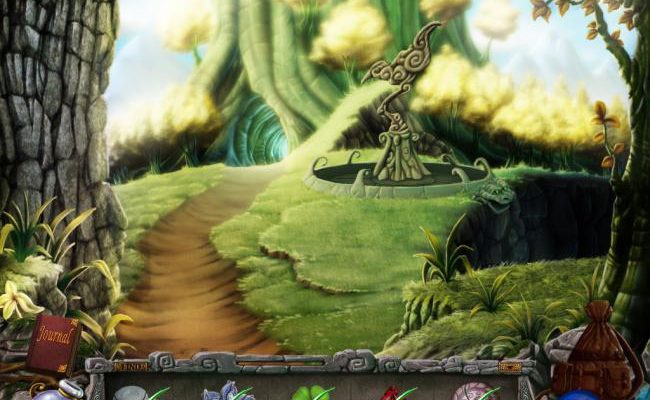 It’s never a good sign when you go to visit your grandma and the house is a terrible mess. But it’s even worse when it turns out she’s not just missing, but lost in a mysterious magical realm. That’s the set-up of The Seawise Chronicles: Untamed Legacy, a somewhat average hidden object game with a charming sense of personality and some unique gameplay twists.

The missing grandmother in question belongs to siblings Tom and Sheryl, who set out to investigate just where she went. While doing so they come across a dark figure who leads them through a gate into a world filled with magic and strange creatures. The pair is attacked by a group of goblins who kidnap Sheryl and knock Tom unconscious. After regaining consciousness Tom befriends a half-man, half-goat named Pan who agrees to help him in his quest to save his sister and grandma. 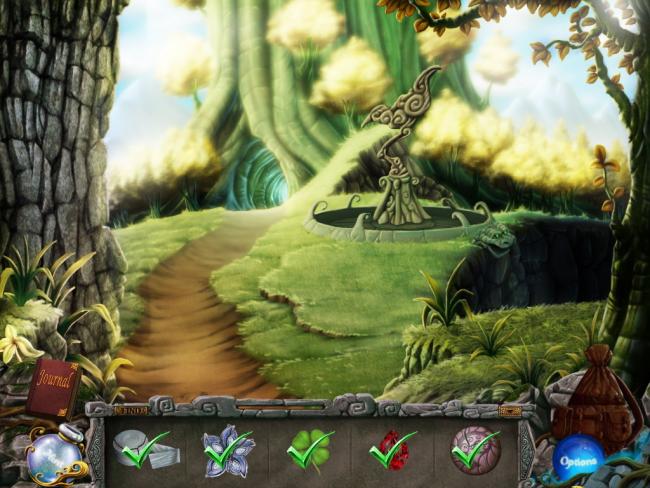 The story is actually told by a much older version of Tom, who recounts the events in cut-scenes that take place in-between each chapter. Strangely, while all of Tom’s narration is fully-voiced, the actual dialog between various characters is text only. The writing is lighthearted and fun for the most part, though the dialog occasionally feels stilted and awkward, especially when it comes to some of the lesser characters.

Seawise Chronicles is, for the most part, a hidden object game. It uses the fractured object style of play, so you’ll be finding bits of pieces of objects, which you’ll then have to use to solve puzzles once they’re complete. You have the ability to jump between different scenes and sometimes an object found in one scene will be needed to solve a puzzle elsewhere. Luckily the game provides a handy inventory system in the form of a bag with several pouches, which makes navigating between clues and found objects a breeze.

For the most part the puzzles in the game are relatively easy to solve. You’ll be using knives to cut away brush and acorns to feed squirrels. And in most cases using an item will reveal an object you’re looking for. Occasionally though, what you need to do is unclear. Not all of the puzzles are intuitive and, to make matters worse, sometimes the hint system will fail to give you a hint even when there should be one available. I found myself stuck on one particular scene for quite some time because I couldn’t find one piece of an object and the hint system said there was nothing else to find. On the plus side, the hints do recharge incredibly fast so you’ll almost never find yourself without one.

Every once in a while you’ll also come across a traditional HOG scene, which simply presents a list of objects and still scene in which to find them. These scenes are much less enjoyable than the rest of the game and feel somewhat out of place. There’s also the usual assortment of mini-games, all of which are completely skippable, as well as few unique gameplay scenarios. For example, one part of the game has you sneaking past goblin guards by analyzing your surroundings and figuring out how exactly to get by undetected. Being both unskippable and featuring no form of hints, these scenes are more difficult than the rest of the game, but provide some very welcome variety. 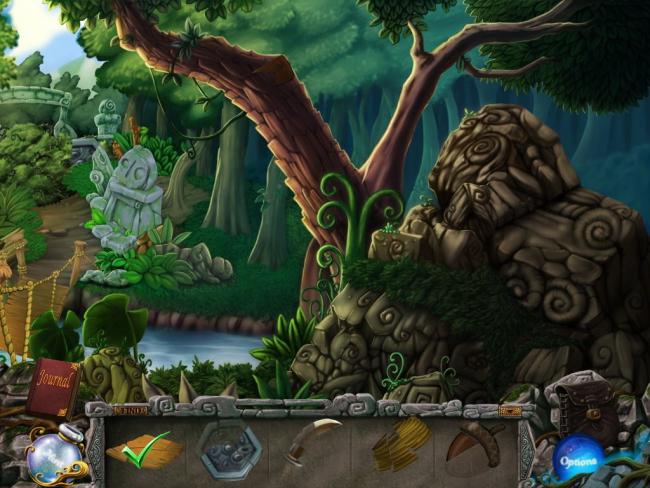 The game takes place across a number of different locations in a strange and magical world, so you’ll be treated to a nice variety of characters and backgrounds. You’ll explore caves, forests, and hobbit villages, and come across everything from wizards and dark elves to giant turtles and headless guards. It’s all rendered in a charming and colorful art style that will actually make you want to scour each scene for objects.

Seawise Chronicles won’t win any points for originality, but it makes up for it with some unique gameplay twists and fun sense of style. Though it’s not without its problems — namely an inconsistent level of difficulty and occasionally unhelpful hint system — it’s well worth a look for HOG fans in the mood for a little bit of fantasy flavor.