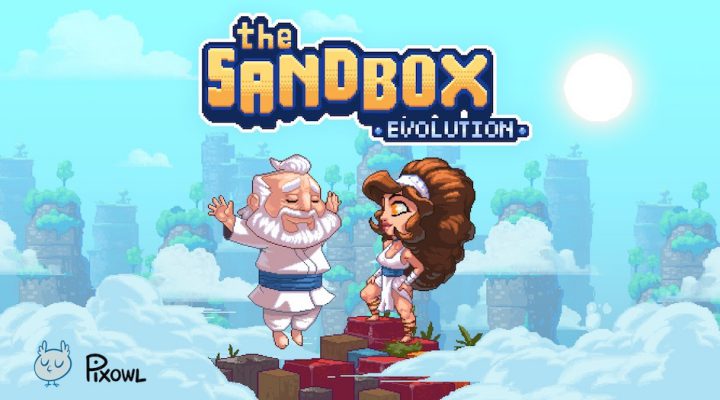 Offers tutorials for more than just the sandbox mode

Artwork and textures are much more detailed this time around

Other users can edit and ruin shared worlds

Needs a way to report inappropriate or stolen content

As my father is fond of saying, “More isn’t better. More is more. better is better.”

People are often so quick to push out more features, more options, or simply larger quantities, that they don’t spend any time trying to actually improve anything. Not The Sandbox Evolution, though. It manages to pull of “more” and “better” at the same time. 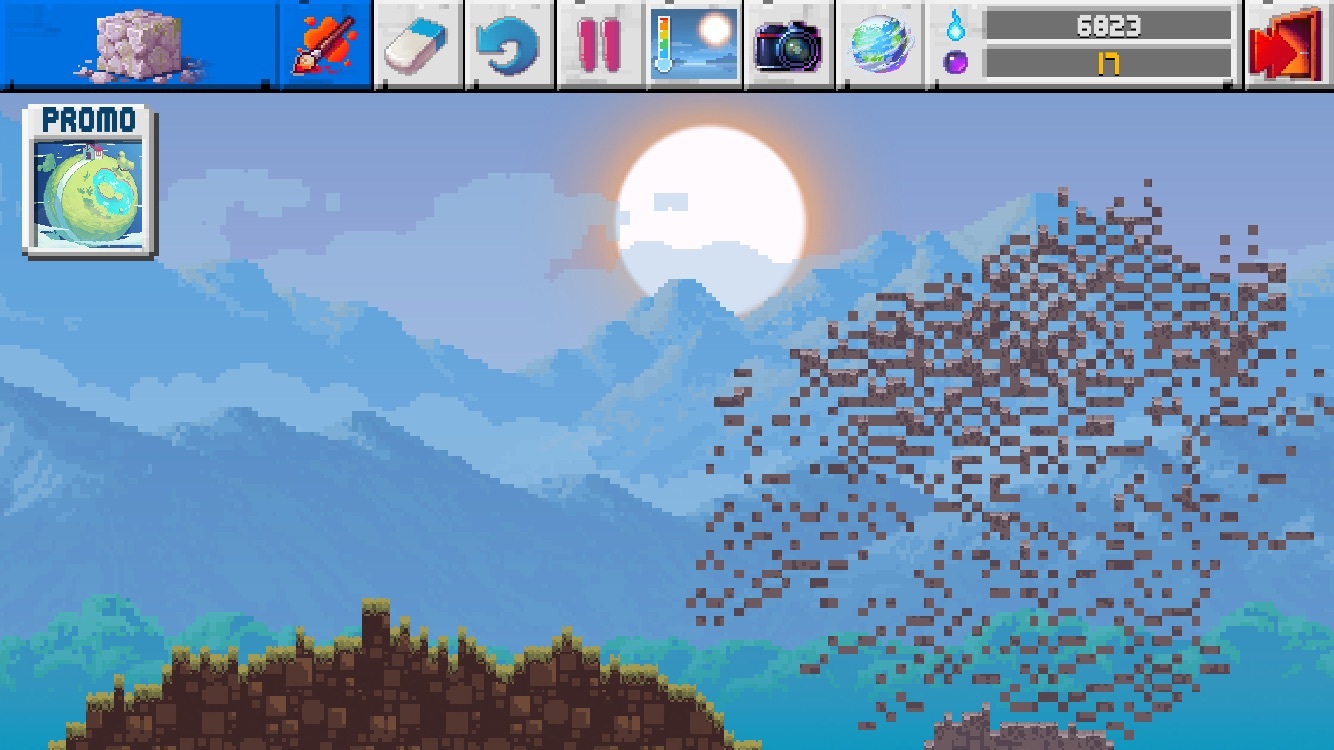 Much of the “classic” Sandbox is present and accounted for. You can play around with powder physics while creating virtual ecosystems, unlock special elements to do all sorts of weird stuff, construct working electrical systems, mess with basic chemistry, create gorgeous works of pixel art, and even compose music. Or you can dump acid on everything, create a volcano in the middle of a metropolis, drown farm animals, and otherwise be an awful human being to non-existent digital life forms.

It’s a great time all around, really.

One of the most obvious differences can be seen by, well, just looking at it. The Sandbox Evolution is sporting a pretty sweet visual overhaul compared to the original. Pre-built assets like animals and people are larger and significantly more detailed, the backgrounds look nicer, and elements like soil and stone use actual textures. There are also other graphical options you can mess with in the menu to add things like lens flare and shadow effects. 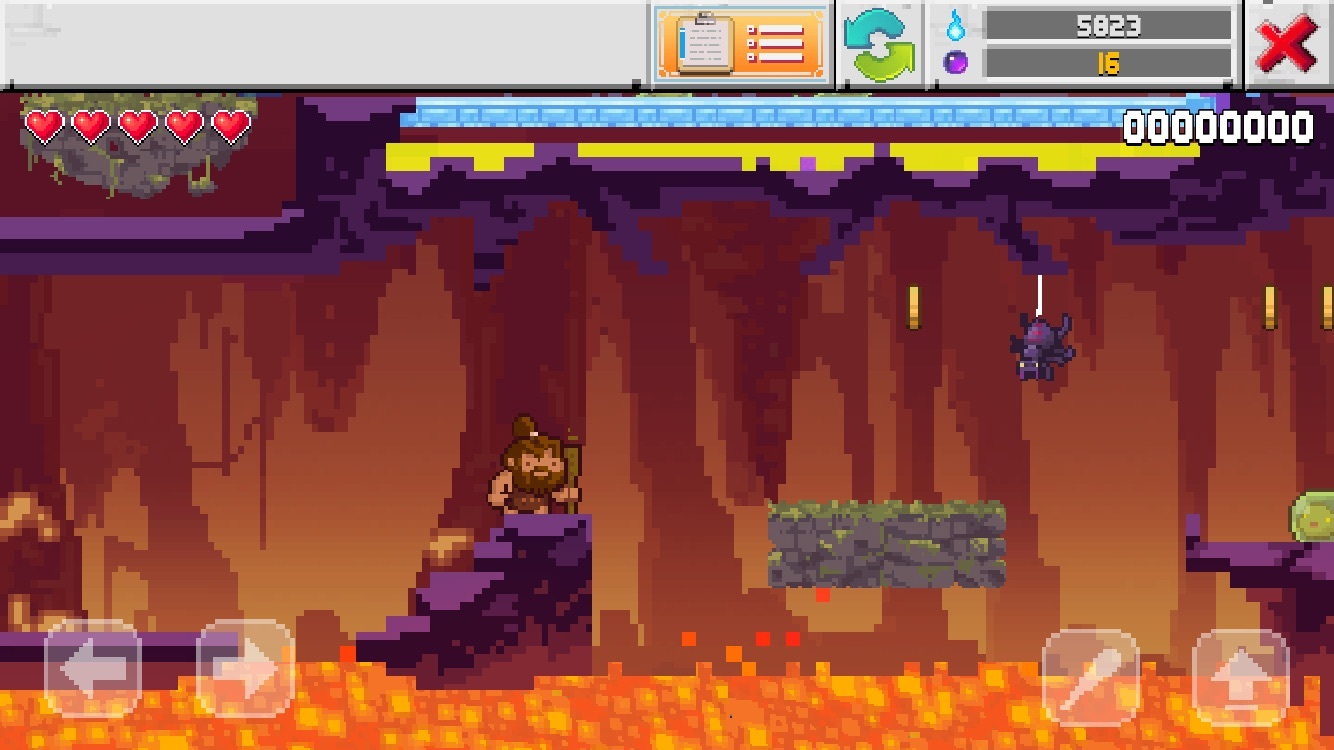 The underlying systems are still pretty much the same, though. If it ain’t broke, etc, etc. The various brush sizes and other “drawing” tools (eraser, pencil, etc) are all present and accounted for, along with the expected “drag a finger to plop dirt on the screen and then watch it pile up” approach to world-building. Interactions between elements are the same as well, with water freezing at low temperatures, stone turning to lava when it gets hot (like, really hot), acid interacting with metal to create an electrical current, and so on. Although unfortunately the need to unlock new elements still requires spending Mana – and sometimes even the more premium Karma currency. It’s not that difficult to save up for most stuff, but it can take a while to get every single element on your wish list.

Despite the familiarity, it’s the increased (and improved) focus on other creation modes and types that gives The Sandbox Evolution the advantage over its older sibling. World creation is largely the same, but now there are separate choices for pixel art, music, and making your own platforming levels as well. This more refined approach equates to reorganized element menus with preference given to the more common choices of a given category – for example, bringing playable avatar characters and enemies to the forefront when designing game levels. On top of that bit of awesomeness, basic tutorials are also available for both musical composition and pixel art. It’s nothing show-stopping, but it’s fantastic to see them included. 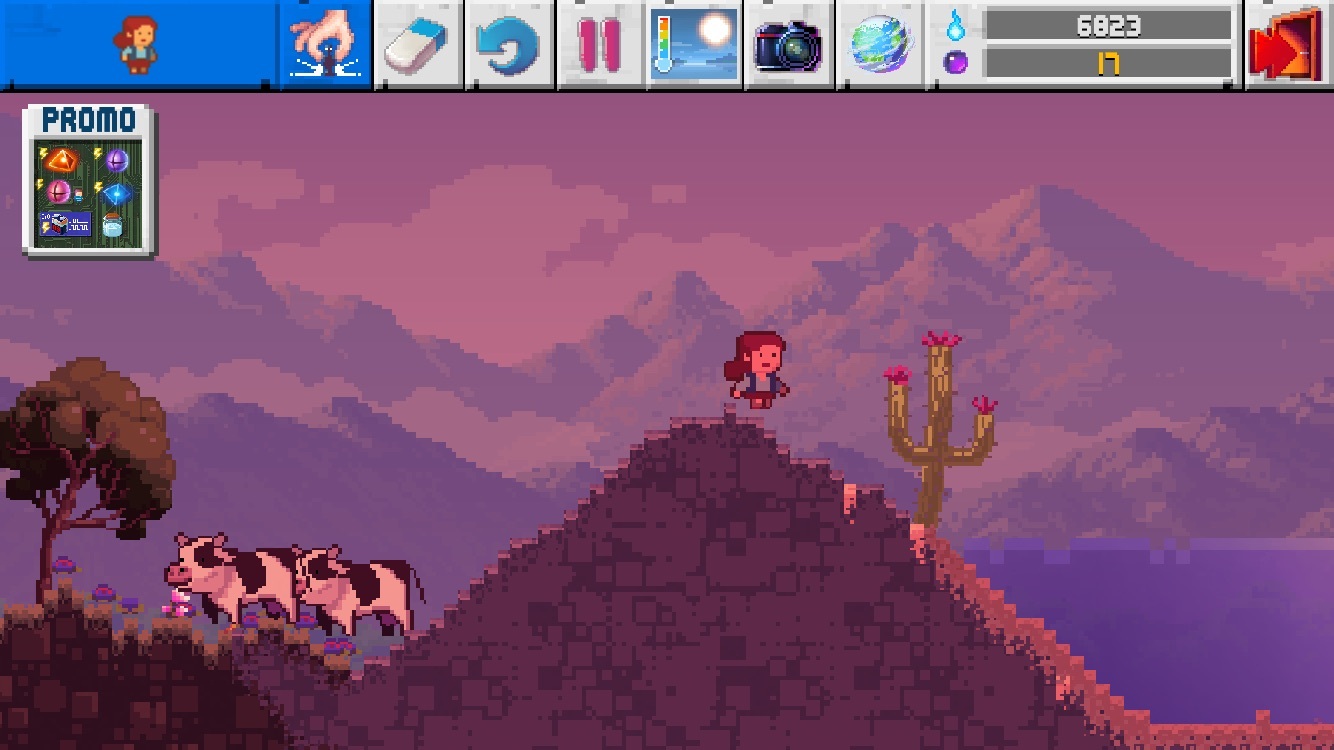 The Sandbox Evolution’s biggest draw is also its biggest problem, however. It’s incredibly easy to share your creations with other users, and is even encouraged. The downside to this is that some users seem to have a habit of trashing work that’s been posted. See that really cool illustration of a Pokémon? Well now it has crudely drawn genitalia. Similarly, the game’s only been available worldwide for a few days and I’m already seeing people copying other users’ work and reposting it as their own.

I’m amazed that users have the ability to edit and save over uploaded worlds, to be honest. I understand letting them interact with platforming levels and such, but why are they allowed to simply erase and draw over others’ work like that? Granted the originals likely still exist on their creators’ devices, but that’s still not cool. Add to that the surprising number of inappropriate images I’ve seen popping up and I’m left wondering what’s going on with moderation.

Still, if the biggest gripe I can come up with is “some people are jerks,” that’s not bad at all. The Sandbox Evolution is a step up from an already beloved game, and I can only imagine how it’s going to improve even more over time.