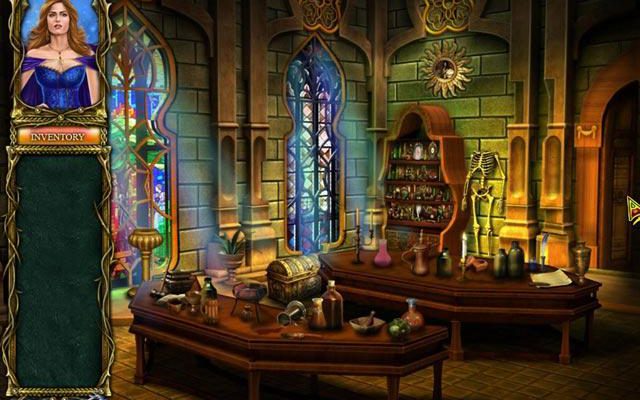 Numerous issues add up to a frustrating hidden object experience.

Many years ago, a woman named Zoraida was arrested on the accusation of practicing witchcraft and was sentenced to death. In the last moments before her execution she swore she would return from the dead to have her revenge on the kingdom. 100 years later she keeps her promise, kidnapping the young prince from the queen’s arms and injuring the king. In The Revenge you take on the role of the queen searching for a way to stop Zoraida and save your infant son. You will travel to many locations along the way, and save others who have been imprisoned by the curse.

The Revenge appears promising at first. It has pleasant graphics and a fairytale storyline. Unfortunately, the game quickly becomes frustrating and the story loses all momentum. The game is plagued with spelling and grammatical errors such as “You cant [sic] use hint here.” Hidden object lists are peppered with misspellings, items that don’t match the image, and a lack of spaces between words. Numerous times you are asked to look for an Ironbutton or Ironball. These errors would not have been an issue had they been few and far between, but it was constant. 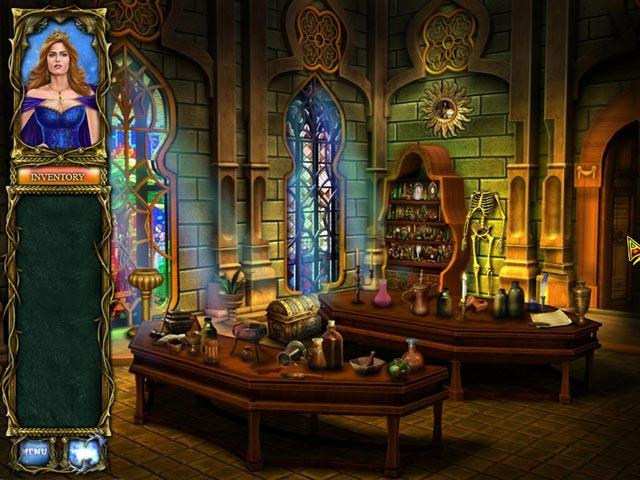 The story in The Revenge starts out strong but about midway through the game I couldn’t remember what I was working toward. I knew I was looking to stop the witch but I had completely forgotten about the kidnapped infant. There was no real sense of urgency. The plot moved forward by clicking on basins throughout the game that would tell you what your goal was. It felt as if these were placeholders for actual scenes that would progress the story.

There is very little instruction in The Revenge. It took several minutes of random clicking at the beginning of the game to figure out what to do. The game is also very picky about what triggers the next stage of the game. You may have completed everything you need to progress and know exactly what you need to do next, but if you haven’t clicked on one item (i.e. one of the basins) then the game will not move forward. You cannot use a hint to find this out either. The only thing that works is clicking on everything.

During the course of the game I encountered several bugs that forced me to exit and reenter the game. If you click to fast between a basin and the exit of a room the text will stay on the screen and you may or may not be able to click elsewhere. Sometimes I could return to the previous room, reclick the object that produced the text, and it would be fixed; other times I would need to manually close the game and restart. This occurred several times, in part because it was very easy to accidentally click out of a room.

The Revenge is primarily a hidden object game, and you will be looking for a lot of objects. Many objects are small and dark and practically invisible. At one point you need to find 10 feathers hidden across three scenes. The feathers are tiny…and black…and you are in a dark dungeon. Needless to say, they are not easy to find. Luckily you do have a hint button the recharges over time. 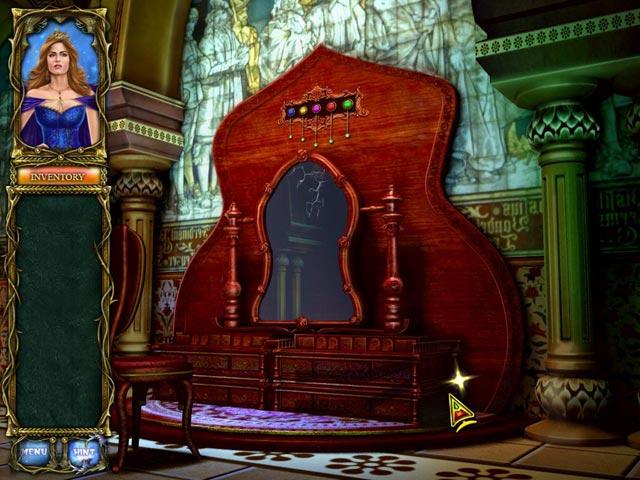 There are several puzzles scattered throughout the game but you are given little to no instruction on how to proceed. Several of the more traditional puzzles can be skipped, and you don’t have to wait for the skip button to charge, which is nice. There are puzzles that are more organic that cannot be skipped and unfortunately these are the puzzles that offer no instructions. You also cannot use your hint button on them. I ended up solving them through trial and error.

The graphics in The Revenge are the high point of the game. The scenes are beautiful and have a fairy tale atmosphere to them. The hidden object scenes aren’t as well done though. The objects are specific to the time period but the sizes are all over the place. Still, the objects blend well into the background, sometimes too well, to the point of being invisible.

The sound in The Revenge is decent but it is very repetitive. The music pieces are short and loop over and over again. After some time the same tune does become grating. When the game begins there is a voice over for the narration but after that there is no voice acting.

If The Revenge had had more polish to it I think it could have been a wonderful game. However, all the small flaws add up to a very frustrating experience which detracts from the actual game itself. If you can look past the translation issues and the lack of instruction you could find this game enjoyable. I would recommend playing through the demo in full before purchasing though.