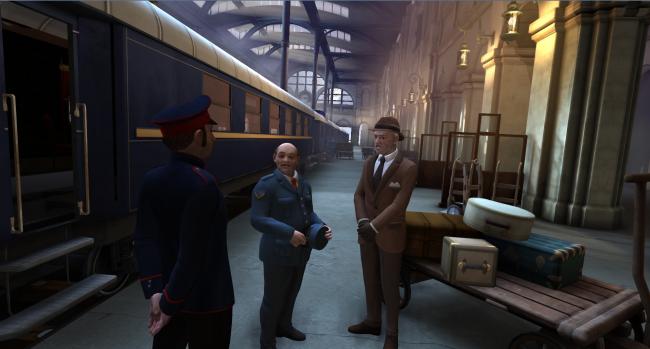 The Raven – Legacy of a Master Thief: Episode 2 – Ancestry of Lies has arrived – and The Raven is unmasked! This is a big chapter, folks, with lots of secrets revealed and some surprising twists and turns, but it’s also something of a letdown compared to the first part, as it lacks a little bit of the quirky charm and a lot of the characters that made the opening act so much fun.

If you finished The Eye of the Sphinx, the first chapter of The Raven, then you’ll have a pretty good idea of how the second part opens, and since I don’t want to spoil any surprises – I won’t. I will say, however, that the matter is resolved quite quickly, after which the game shifts to the next big locale: the Museum of Egyptian Antiquities in Cairo, where the remaining Eye of the Sphinx is to go on display.

Of course, The Raven – if he (or she) is The Raven – has other plans, and shortly after Inspector Legrand and Professor Lucien install the Eye in its specially-built display case, he strikes! But like the other crimes committed by The Raven since his return – if he (or she) really is The Raven – this one lacks the style and finesse of his earlier capers. Instead of nabbing the gem in a daring heist during its debut gala, a great explosion blasts the Eye from its case, destroying numerous other ancient artifacts in the process – truly a barbaric crime!

It’s shortly after this point that the great secret of The Raven is revealed – if he (or she) is The Raven, and yes, I do intend to keep this up, so no hints for you! – and you’ll step into his (or her) shoes to experience the game from a different perspective. This twist of circumstance actually sets you back before the first adventure even began, as the Orient Express is boarding, where you can even catch the conversation between Constable Zellner and Dr. Gebhardt that helped the constable win over Inspector Legrand. From there, it’s a matter of getting aboard the train, staying out of sight, and doing all the things The Raven – if he (or she) was The Raven – did in chapter one.

The train segment is abbreviated but fun, and King Art has done a really nice job of tying the two chapters together. Mysteries like the Professor’s locked cabin are explained, but you’re also likely going to run across at least one or two moments where you think, “Aha! I knew something wasn’t right!” about less obvious events. It’s actually quite a rewarding feeling when you discover that the suspicions you had about seemingly-innocuous incidents were right on the money.

But as good as those moments are, Ancestry of Lies comes up a bit lacking overall. For one thing, the cast of characters is vastly diminished, and instead of sharing a luxury train or a cruise ship with a full-on complement of Agatha Christie archetypes, you’ll spend most of your time working solo or in the company of the not-particularly-likable Constable Oliver. The quality of the supporting characters was one of the foremost strengths of The Eye of the Sphinx, and their absence here is a real loss. 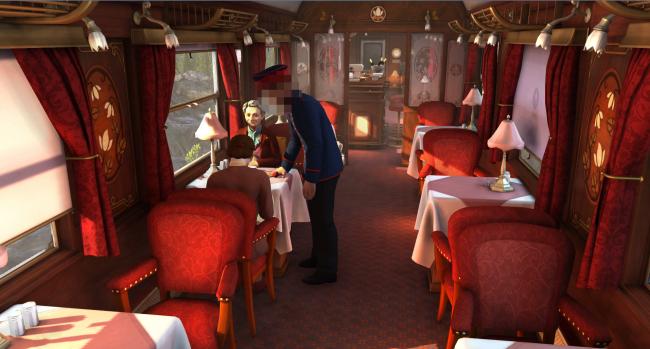 And as much as I hate to say it, when you do eventually change sides and begin playing as The Raven – if he (or she) really is The Raven – it’s a big letdown. The two biggest questions raised in the opening chapter – has The Raven really returned, and if so, why are his (or her) methods now so crude and murderous? – don’t go unanswered so much as completely ignored; and while it’s possible they’ll be addressed in the final chapter, the payoff promised by the big reveal never materializes and the game suffers for it. The characters who feature most prominently in The Raven’s segment of the game – if (oh come on, you know the routine by now) – are also rather flat and uninteresting compared to the outsized personalities of the opening chapter, and while it ends on a “big twist,” it’s hard to care enough about anyone involved for it to really work. It was unexpected, but not really exciting.

Also unexpected was the length of the thing. I burned through it in not much more than three hours, substantially less time than the first part, while at the same time racking up a far better score and more achievements. Maybe I poked around more in the first chapter, or maybe I was just really on my game for the second, but it feels dramatically shorter, and I was honestly surprised when it very abruptly came to an end. 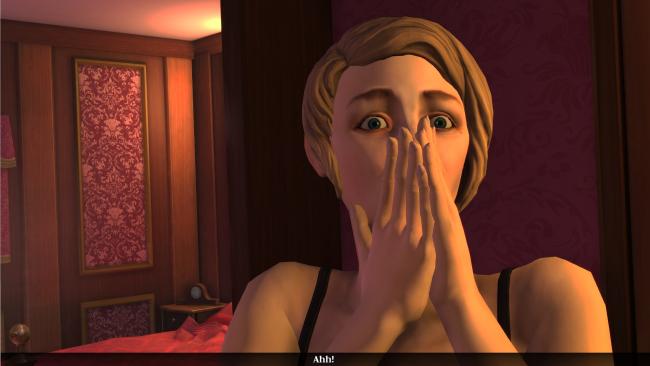 Mechanically, the second chapter of The Raven is identical to the first, and suffers from the same occasional glitches. Characters still sometimes shuffle or float oddly into position when looking at objects, and now and then you’ll see a little bit of a clipping issue; I also ran into a problem pointing at some canopic jars in the Egyptian Museum, although I was able to straighten it out by leaving the room and re-entering, and at least one conversational hotspot with Constable Oliver can be very difficult to find and click. It’s all relatively minor stuff, and if it didn’t bother you in the first chapter, it won’t trouble you here.

While The Raven: Ancestry of Lies doesn’t quite live up to the standard set by The Eye of the Sphinx, the simple fact is that if you played the first chapter, you’re going to want to play the second; and if you haven’t played the first chapter, then you probably should, because it’s fantastic. And then boom, you’ll want to play the second one, after which you can join the rest of us crossing our fingers and hoping for big things from the big finish.