Home / Reviews / The Raven: Episode 1 – The Eye of the Sphinx Review

The Raven: Episode 1 – The Eye of the Sphinx Review 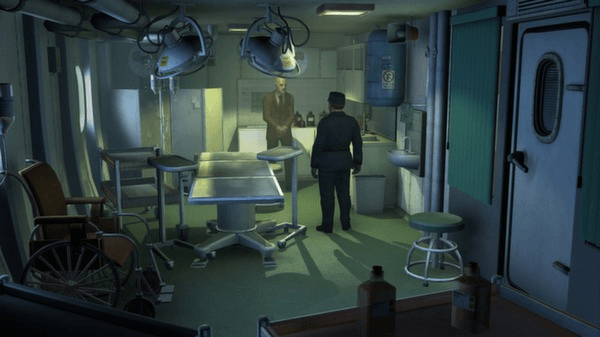 The first chapter in a harrowing 60’s-style tale of theft and murder.

The Raven – Legacy of a Master Thief: Episode 1 – The Eye of the Sphinx is more than just a point-and-click adventure. It’s a wonderfully-realized Agatha Christie-style murder mystery that wouldn’t be out of place airing as a six-part serial on PBS. It’s not a particularly difficult game, but the outstanding voice acting and lively, exciting story do a masterful job of recreating an early-60’s tale of theft, murder, obsession, and one man’s quest to prove his worth to the world.

Anton Jakob Zellner is not Inspector Hercule Poirot, Agatha Christie’s famous Belgian sleuth, but he might as well be. The Swiss police constable appears to be in his late 50’s or early 60’s; he’s almost completely bald, a little thicker around the midsection than he’d like to be, and sports a small mustache with distinctively upturned ends. In the twilight of his career, he wishes to prove to the world, and to himself, that he still has something to contribute; and so it is through a combination of doggedness and luck, that he finds himself embroiled in the case of The Raven’s Heir.

The Raven was one of the greatest thieves in Europe, before being shot to death by French Inspector Nicolas Legrand a few years prior to the events in Episode 1. Or so it seemed; but now someone is pulling off audacious heists in the Raven’s name, and Legrand is back on the case. Did he kill the wrong man? Did the Raven somehow survive? Is this merely a copycat – but if so, how is he aware of secrets that only the real Raven could possibly know?

The adventure element of The Raven is relatively simple because it doesn’t rely on the usual “adventure game logic” to get things done. The number of objects in the game is relatively small, and their purposes tend to be obvious because you’re almost never going to use them for anything beyond their intended application. Need to pop open a locked door bolt? Find some pliers. The toolbox is locked? Key’s in the drawer. The controls are simple and intuitive as well, and inventory items can only be used on other objects if they’re meant to be, which does away with a lot of the “use everything on everything else” sweepstakes that’s so common to the adventure genre.

A detailed, illustrated notebook helps the wheels of justice turn (and fills out the story quite nicely, too) by tracking the game’s events, characters, discoveries, and other moments of note. If you happen to find yourself stuck, all the hotspots in a scene (and thus possibly some crucial clue you may have overlooked) may be highlighted by expending “adventure points” that are awarded for solving various secrets. It’s an unusual feature that encourages players to dig into the game so they can more easily overcome tough spots later on – a type of experience system, but with tangible benefits – but given the game’s relative ease, most people will likely find it entirely unnecessary. 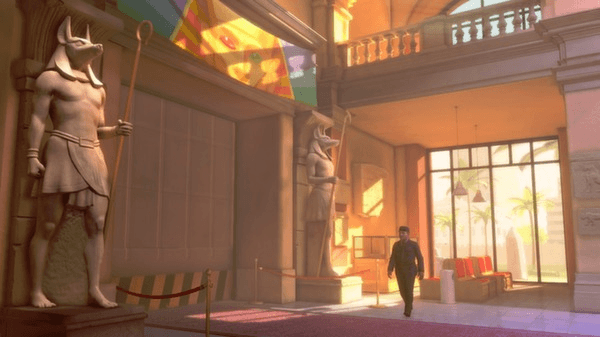 While the puzzles aren’t exactly rocket appliances, the story is nothing short of gripping. The Raven, once respected and even celebrated for his daring, flamboyant crimes, has become reckless and violent, and Legrand is clearly on the edge as he pursues the man he now believes eluded him years earlier. Legrand also makes no secret of his near-contempt for Zellner, who he only grudgingly allows into the investigation. But as theft gives way to murder, Legrand’s obsession appears to take a dark turn, forcing Zellner to take some dangerous risks of his own.

The story is brought to life by a brilliant soundtrack and voice acting that’s nothing short of superb from top to bottom. Zellner is particularly believable as he first demands and then pleads to be allowed to take part in the case with an increasing edge of desperation in his voice, while Legrand is portrayed perfectly as a man who commands respect, but isn’t particularly likeable. The rest of the supporting cast is every bit as good, and the dialog flows smoothly and naturally, as though you’re engaging in actual conversations rather than merely ticking off lists of questions.

Visually, The Raven is perfectly decent but not quite up to the level of the voice acting, and the 3D rendering means that Constable Zellner can actually be standing in front of required items, blocking them from view. Fortunately this is a rare occurrence, and Zellner can be moved around on the screen with a simple mouse click if you want to see what’s behind him. Screen exits aren’t marked, however, and it can sometimes be tricky to tell where he can go when he needs to move on – or where on the screen to click to make him go there. 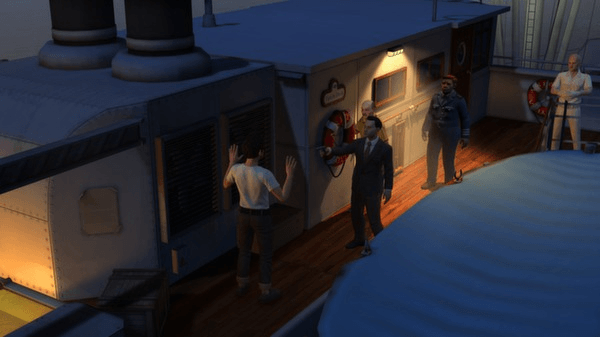 More frustrating is Zellner’s tendency to occasionally “walk in place” when he moves from one location to another. This usually only lasts for a second or two, and can be corrected by simply moving somewhere else, but in one instance I was forced to use the task manager to close the game when he became hung up while moving between screens, leaving me unable to change his direction or even access the menu to load a previous save. He also rather frequently glides, rather than walks into position when interacting with other characters or objects, which, while not a game-breaking bug by any means, is still somewhat visually disconcerting.

The end of the game – actually the first of three episodes – is jarring, but I very much enjoyed how it dropped out of nowhere and then immediately cut to black, leaving questions unanswered and Zellner… well now, no spoilers! And when it’s done, you’re greeted with a series of unlockables including music from the soundtrack, concept art, 3D models, and more – nice bonuses all around, although it’s unfortunate that the music cannot be saved for listening outside of the game.

The Raven: Episode 1 – The Eye of the Sphinx is easy to recommend. It’s engaging, relaxing, mature – and genuinely “mature,” not just violent – and spins a captivating story without getting bogged down in overly-tedious puzzles and pixel hunts. It may not be an actual Agatha Christie game, but I’m pretty sure she’d approve.