Home / Reviews / The Ramp [Review] Switch – Up and Down

The Ramp [Review] Switch – Up and Down 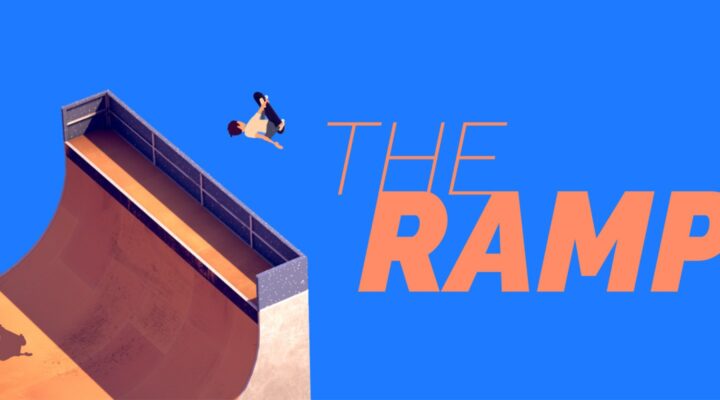 The Ramp is a skateboarding title that at first glance seems to be a real winner.

Sadly it’s just a little too laid back for it’s own good, attempting to hide behind ‘back to basics’ veneer to mask its lack of content.

An isometric simulation, you have four arenas to skateboard around – but they’re all pretty small, varying from one-screen ramps to one with a huge downhill plunge.

The controls are well judged and focus around building up and maintaining speed in order to pull off tricks and grind off the top of ramps.

There’s a well put together and brief tutorial to help you learn the ropes, and once completed you can play any of the quartet of arenas.

But here’s the main issue with The Ramp – the only thing to achieve here is to pull off the limited number of tricks and jumps. And that really is it.

There’s no score being calculated, no list of the tricks you’ve pulled off, and no other stages to unlock.

The point of course, is that you’re just supposed to enjoy the flow of the game – rolling up and down ramps, subsequently entering a zen like state.

And although a couple of the stages this is possible, a couple saw us crash nearly every few seconds – mainly due to their design rather than any lack of ability on our part. Honest.

This means that this whole ‘just enjoy the ride’ ethos isn’t sufficiently backed up by the game’s design. It all feels like an attempt to cover up a crippling lack of content.

So The Ramp feels more like a prototype in its current state, and it’s a shame. As what’s here works very well, but it’s low price tag can only mask so much.

I’m Boor Review – A Puzzler That Frustrates and Thrills