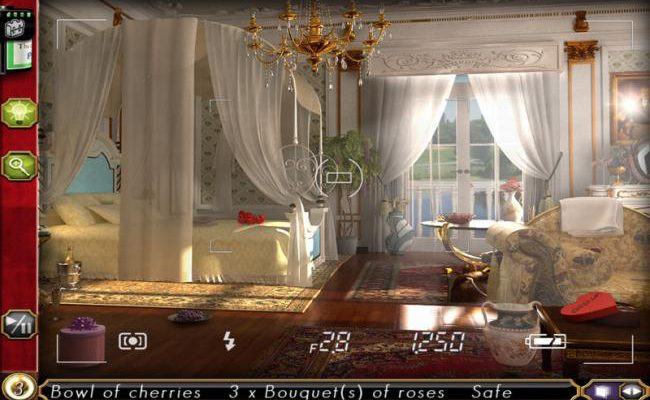 Help rescue the new British princess in The Princess Case: A Royal Scoop.

In The Princess Case: A Royal Scoop, you’re placed into the shoes of People Mag journalist Lois Wheeler, assigned to cover the honeymoon of the British prince and princess in New York City. When the princess is captured and held for ransom, you’ll turn from journalist to detective in order to save the princess from her captors.

Unfortunately, the story in The Princess Case is the game’s biggest downfall, as it throws real-world common sense out the proverbial window. Lois’s original assignment sees her simply covering the honeymoon of the Prince and Princess, and as such, she is allowed to steal from the couple’s hotel manager, break into their room and take unauthorized photographs for the sake of her article. Instead of being arrested after she’s found with the ransom note left in the couple’s suite, Lois is recruited into the police force by the FBI’s detective on the case. From there, it’s an even more ludicrous spiral of broken confidentiality and mismatched priorities as many characters come off as more concerned with Lois’s article than with the welfare of the princess herself. 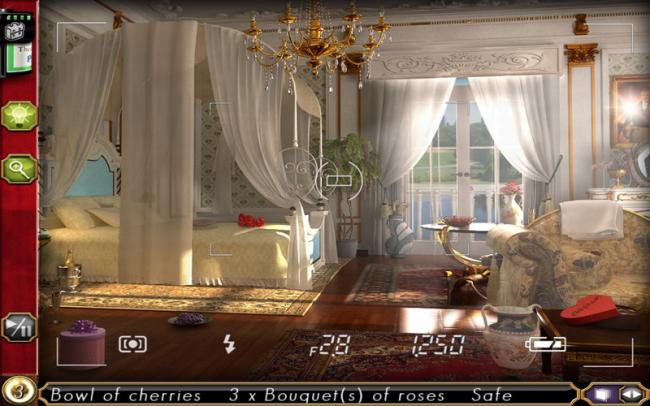 While the gameplay is also fairly disappointing, it at least offers plenty of variety. Many of the game’s hidden object scenes allow you to scroll from side to side to change your viewing angle, and you’ll then be asked to find items based either on their names in text (as is most traditional for the genre), or by looking for them based on small pictures or silhouettes.

Incredibly simplistic and repetitive puzzles break up these hidden object scenes, as you’ll frequently be asked to place items in the correct order on shelves by swapping two items at a time, rearranging items in light jigsaw puzzles and more. However, instead of being about skill and strategy, these puzzles tend to be nothing more than “match the item to its picture” affairs.

One final gameplay type focuses on “process of elimination” puzzles, where you’ll be given a large list of possible answers to a question (the identity of a suspect, the next location you should investigate, etc.), and will need to use your knowledge of the wrong answers to eventually narrow it down to the only possible correct one. For all of this variety though, some of the hidden object naming (when playing through text-based lists) might be a bit confusing to American players due to the use of some British terminology.

Technically, the linear gameplay doesn’t allow for any unnecessary backtracking, but you will waste a bit of time in completing fetch quests for random characters as a way to bribe them for information. If you need a hint (some items are incredibly well hidden behind bookshelves, cars or boxes where only a sliver is actually visible), you’ll be able to pull from the same pool of hints given to you at the beginning of the game. Doing well in certain puzzles rewards you with extra hints in bulk, but even though you can hold up to six at a time, you still need to wait for a meter to recharge before being allowed to use a subsequent hint if you need it. It’s these kinds of odd design choices that speak to the fact that this is the first game published under Anuman’s “Microids – Games for All” label, as the company has plenty of room to grow. 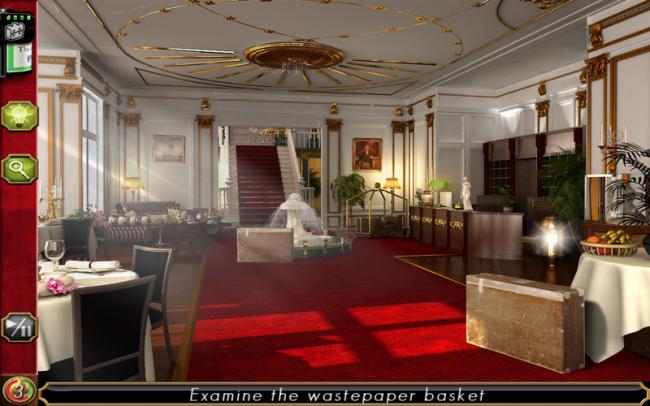 One additional worthwhile complaint comes in the character models, as they are mostly static images of real-world actors that look like they’ve been sculpted out of wax. The expression on Lois’s face is especially creepy, as her far-off stare does little to help the character become likable. In this case, it would have been better to see entirely animated characters (even if they were being placed on this fairly realistic set of backgrounds) rather than this.

For its outlandish storyline, there are a few chuckles to be found while playing The Princess Case: A Royal Scoop, but you’ll unfortunately likely laugh for all of the wrong reasons. Even though the gameplay is fairly varied (all things considered), the issues here are simply too numerous to overcome. If you find yourself in a position to try this one before buying it, that’s really the only way to go.